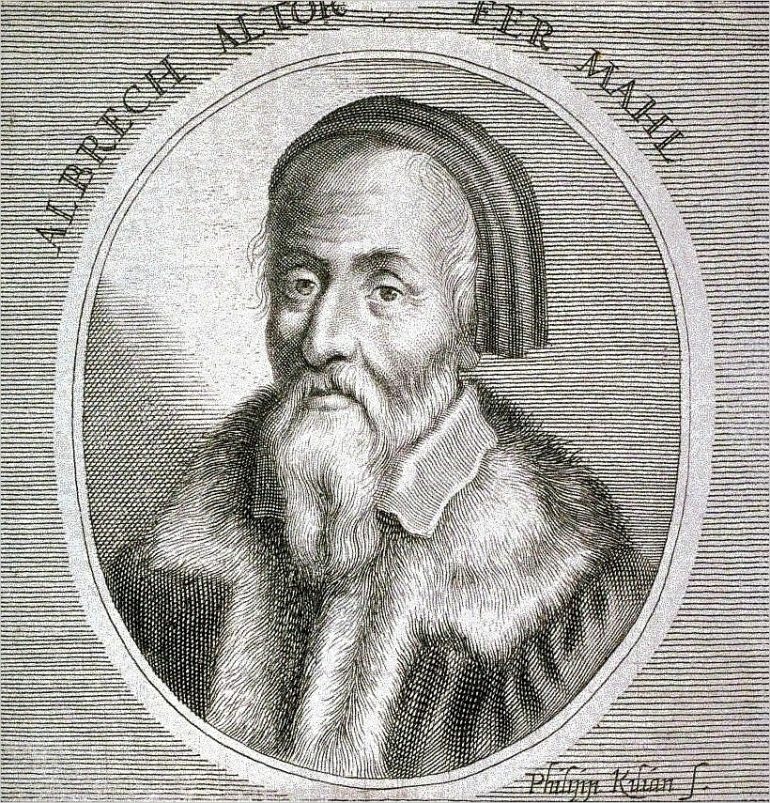 One of Lucas Cranach the Elder’s contemporaries, Albrecht Altdorfer was a German Northern Rennaisance painter, politician and architect during the latter part of the 15th century and early 16th century. He is part of the famous Danube School of art that focuses on religious landscape paintings. He is also known for other works, like historical art, drawings, and printmaking art.

One of the enigmatic Old Masters, we have absolutely no record of Altdorfer’s formative years: how he has learned to do art, who taught him, where he was born or even his relatives (except for a brother, Erdhard Altdorfer, who is a pupil of fellow artist, Lucas Cranach the Elder). Anything we know about him all starts with becoming a citizen of Regenburg in 1505. There he worked as the city’s official architect and a member of the city council. In 1513, he was able to properly buy a house within the city.

Before he was able to buy a property, he traveled to Northern Italy and spent three years studying other people’s artworks. Back in Regensburg he became a part of the city’s council in 1519 and voted as the city’s Mayor in 1526, as he serves as the city’s architect for 12 years. Some of his projects include  Zur Schonen Madonna, the construction of several commercial buildings, including a slaughterhouse and wine storage. Another project he was credited for is the reinforcement of the city’s fortifications. This was done as a response to threats of Turkish attacks. Many of his most famous customers were art patrons Louis X and William IV, Emperor Maximilian I, and some Dukes of Bavaria.

Altdorfer is known for landscape paintings full of bold and vibrant colors, earning him a part in what historians would call the Danube School of art, which includes artists like Lucas Cranach, Wolf Huber, Rueland Frueauf, and Jorg Breu. A few of his works were the Landscape with Footbridge, the very first pure landscape picture painted in oil, and St. George and the Dragon. In terms of religious art, it was noted that he has a more intense, expressionistic style, like in the Passion of Christ and Legend of St. Sebastian.

He is also known for some historical works such as the Battle of Alexander at Issus, which he painted for William IV’s Royal Court. The piece is part of a series of eight historical artworks that was supposed to be on display in the Residenz in Munich. Then there’s also a compilation he created for Maximillian I, the Triumphal Procession, which is painted in great detail, the dramatic battle scene between the Greek and the Persian army at Issus.

Altdorfer is also known for drawings, where he uses a black pen and watercolors, and for printmaking, where he is influenced by another contemporary, Albrecht Surer. He created a lot of miniature,  woodcuts, engravings and, specifically, etchings, most of them were landscapes. Some of his more famous engravings and drawings were that of St. Jerome and The Stigmata of St. Francis. 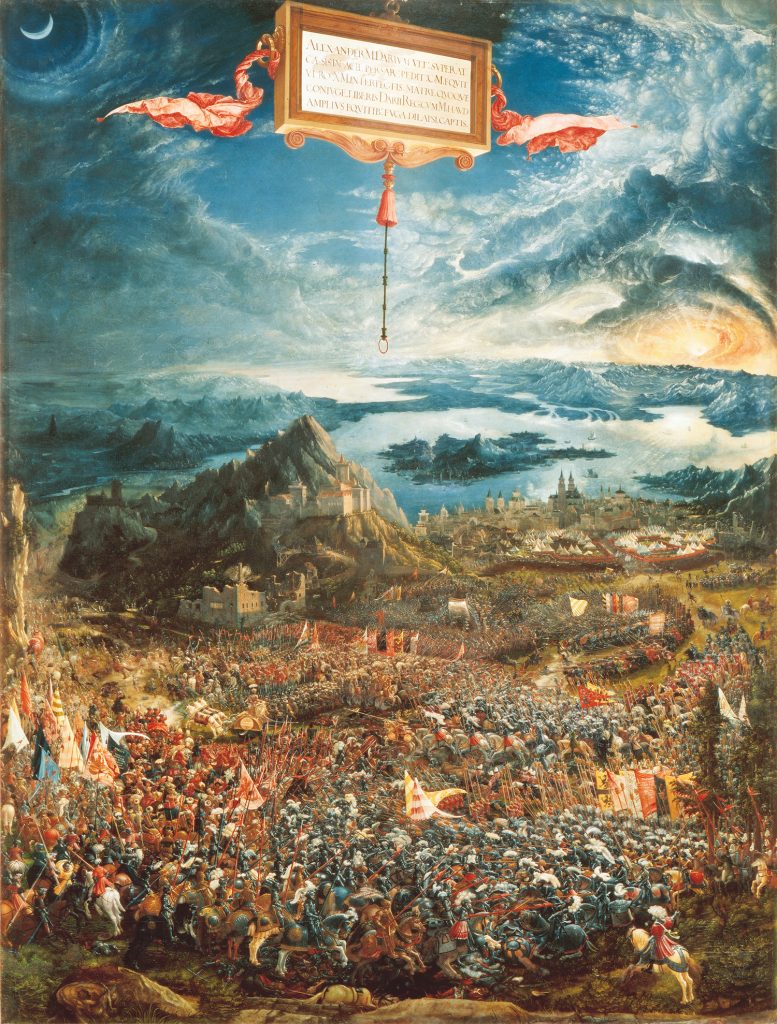 He was back in his home city, Regensburg, in 1535 when the artist died. It was never recorded if he had a family of his own or even just a wife. The only known relative was his brother.

It was lucky that Altdorfer would sign and date his works, for because of it, experts are able to tell which artworks were his. The total number of his surviving works includes 55 panels, 120 drawings, 125 woodcuts, 78 engravings, 36 etchings, and 24 paintings on parchment. It is also recognized that the mural in the Kaiserhof is his.

2nd image The Battle of Alexander at Issus, by Albrecht Altdorfer via Wikipedia