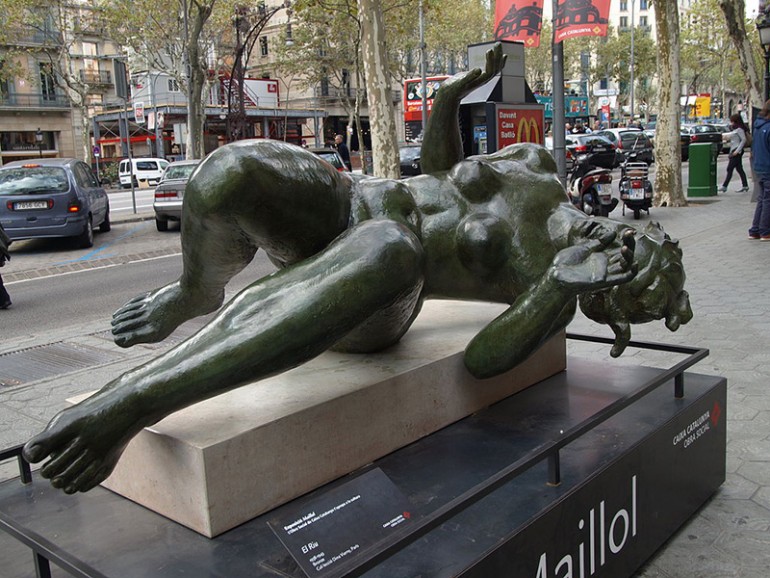 Aristide Joseph Bonaventure Maillol was born on December 8, 1861 in Banyuls-sur-Mer in France. He was a painter, printmaker and a sculptor. His sculptures centered on the nude female form, in much the same way that William-Adolphe Bouguereau celebrated the female form in his paintings. Maillol was also a tapestry designer, a graphic artist and an illustrator. While his sculptures showed academic and classical styling, his approach was quite modern.

He started his art career as a painter and created many terracotta statuettes and wood carvings in his early days, which became the foundation for his sculptures later when his eyesight began to fail. Most of his sculptures were cast in bronze, which showed the influence of Auguste Rodin, while the style was reminiscent of Greek sculpture, which he gained from his visit to Athens. Almost all of his large-scale sculptures is based on the nude female form and some of the more famous pieces are the “Torso” and “Mediterranean.”

He wanted to be a painter when he was young and in 1881, at the age of 20, he moved to Paris. It took four years before he was admitted to the French Academy of Fine Arts and he studied under classically and academically trained teachers, first under Jean-Leon Gerome and later under Alexandre Cabanel. From them he learned historical painting, religious paintings, portraiture and Greek mythology.

He soon found their teaching quite old fashioned and switched to modern art, studying the works of artists such as Puvis de Chavannes and Paul Gaugin. He also became a member of the Les Nabis group, a society of avant-garde artists of the Post-Impressionist period who were leading the modernist style in French graphic and fine arts around the 1890s. Other members of the group include Maurice Denis, Georges Lacombe, Edouard Vuillard and Pierre Bonnard

The influences of the Les Nabis showed in his portrait paintings with colored flat areas and decorative compositions. There were also traces of the Quattrocento style of fresco painting. His “Woman with a Parasol,” which he painted in 1892 showed a woman standing in profile posed against a seascape, although there was disconnection between the motionless figure and the landscape, which indicated that it was created inside the studio. This particular painting which is at the Musee D’Orsay, is regarded as his painting masterpiece.

Impressed by the Gothic tapestry art he saw at the Musee de Cluny in Paris, which he likened to the masterpieces of Van Gogh and Cezanne, he founded a tapestry shop in his hometown in 1893. He created very colorful, bright and highly decorative tapestries, many of which were bought by Princess Bibesco, one of his patrons, including “Music for a Bored Princess” that was created in 1897. It is now at the Kstindustmus in Copenhagen. He went on to create many more tapestries until the 1900 before an eye disease forced him to stop.   He later focused on sculpture and ceramics. 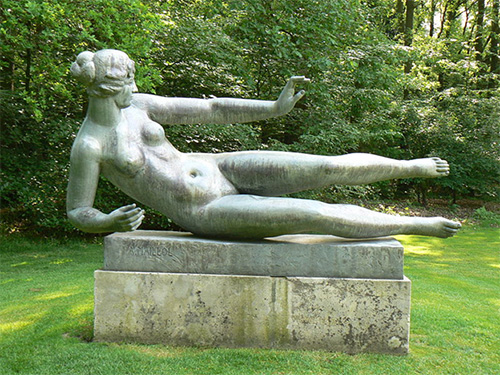 Showing some influences from Art Nouveau, Aristide Maillol’s initial work were figures in low relief, carved from wood blocks. Fine examples of his wood carvings include “Woman Sitting in a Thoughtful Pose,” “A Woman with a Mandolin” and the “Dancing Woman.”

He soon found that the process was slow and switched to creating clay statuettes and nude figures in terracotta. He caught the attention of Ambroise Vollard, a famous art dealer who had supported relatively unknown artists in their early careers such as Vincent Van Gogh, Paul Gauguin, Pablo Picasso, Georges Rouault, Louis Valtat, Renoir and Paul Cezanne. Through Vollard, Maillol had buyers for his statuettes that they wanted cast in bronze, which encouraged and enabled him to concentrate on the art form. Vollard also organized a solo exhibition of Maillol’s works in 1902. It was Maillol’s first exhibition as a solo artist, which showed his early sculpture pieces, paintings, figurines and tapestries.

Maillol’s first major work as a sculptor was the “Seated Woman,” which was later given the name “Mediterranean.” The first version was finished in 1902 and not satisfied with it, created a new version, which, when seen from a single viewpoint, looks like a tight cube. Maillol preferred to invent rather than create true-to-life work. He broke away from the descriptive and narrative tradition of representation and released sculpture from the idea of subject and focused more on the search for a pure shape. Art critics raved about the “silence” depicted by Mediterranean and when exhibited, attracted the attention of patrons, who later ordered casts of the work in bronze.

A trip to Greece led to the development of Maillol’s mature works, which included “Crouching Woman,” “Night,” “Flora and Summer,” “Spring” and more. One of his last works was “Harmony,” which was created in 1944. The bronzes of Maillol are considered as the important forerunners of the simplified works, such as those created by Henry Moore and Alberto Giacometti.

Featured and 1st image by Anton Lefterov (Own work) [<a href=”http://creativecommons.org/licenses/by-sa/4.0″>CC BY-SA 4.0</a>], <a href=”https://commons.wikimedia.org/wiki/File%3AMaillol_river.jpg”>via Wikimedia Commons</a>