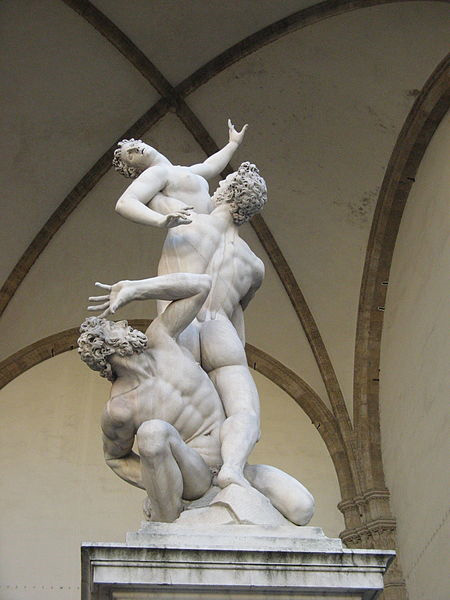 Giambologna, who was born in 1529 in Douai, Flanders, was given the name Jean Boulogne. As a sculptor, he was greatly influenced by sculpture during the Italian Renaissance as well as the Mannerist style of the 16th century. He was hailed as the greatest among the Mannerists and even after his death, he was next to Michelangelo in reputation for at least another two centuries. Giambologna was court sculptor for Medici Grand Dukes in three successions and strongly influenced European sculpture during his time, with The Rape of the Sabine Women, created in 1581 in marble, considered as an all-time great. In art history, Giambologna ranks as one of the greatest sculptors.

He was 14 years old when he received training from Jacques du Broeucq, an Italianate Flemish sculptor, who taught him the techniques of carving and modelling in the Classical style that his mentor developed from the former’s own study of Greek sculpture. Giambologna himself studied in Rome when he was about 21 years of age, and created models of Renaissance and Greco-Roman sculpture.

He met Michelangelo in Rome and the aging sculptor criticized him for having works that already have too high a finish before he had even established the basic pose. Giambologna took that to heart and started doing initial sketch-models in clay or wax. Those that have survived are now on display in museums, such as those exhibited at London’s Victoria and Albert Museum. He traveled to Florence on his way home to Flanders so he could study the Renaissance work of Michelangelo and Donatello, and received financial support and accommodation from Bernardo Vecchietti, an art patron who later introduced Giambologna to Francesco De’ Medici. This enabled Giambologna to stay in Florence and compete for commissions.

Under the Medici wing

Although Giambologna lost out to Bartolomeo Ammanati to create a sculpture of Neptune for the Piazza della Signoria fountain, his full scale model in clay captured the attention of many admirers, which led to him getting the patronage of Francesco De’ Medici. He created several sculptures in marble and bronze for the Medici gardens, and created several small bronze statuettes, which became very popular with European art collectors.

From the earlier works of Michelangelo, Pierino da Vinci and Tribolo, he developed the exaggerated contrapposto stance, with a contour like a flame and a serpentine axis. This new style revitalized Florentine sculpture, which had been stagnating at that time.

His first major work for Francesco De’ Medici was completed between 1561 and 1562 – a marble sculpture of Samson executing a Philistine. 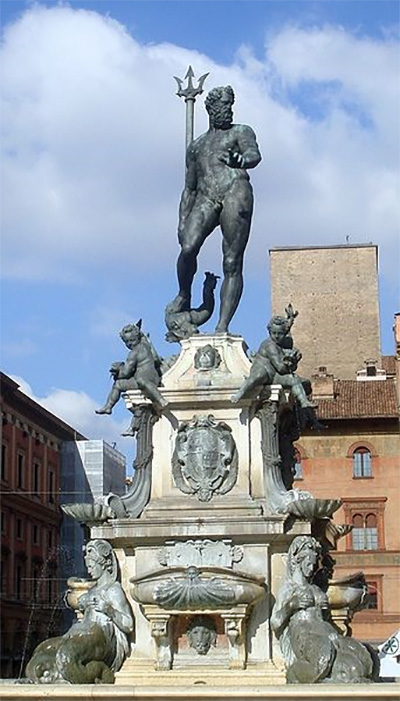 In 1563 Giambologna received a commission from Pope Pius IV to create a bronze sculpture for the Fountain of Neptune. He created a sculpture that was pyramidal in composition, with the lively and sensuous secondary characters below leading the viewers’ eyes to the imposing statue of Neptune, which displayed a very energetic pose – an arrested movement of an outstretched hand and a sharp turn of Neptune’s head. Michelangelesque and Hellenistic motifs decorated the original work.

While he was still in Bologna, Giambologna also created what was construed as the earliest models of Mercury in a flying pose. His very important composition was sent as a gift to the Holy Roman Emperor in 1565 by the Medicis. It showed Mercury with one leg standing on a puff of air from a cherub. He had wings on his heels and staff and was wearing a traveler’s hat.

Upon his return to Florence, the sculptor received another commission from his patron, Francesco De’ Medici. This time it was for a marble sculpture called Florence Triumphant over Pisa (now at the Bargello National Museum), which was supposed to be a pendant to Victory, a creation of Michelangelo that was released from the Master’s studio after his death. Victory had two opposing symbolisms, age versus youth and winner over loser, depicted in an active, twisting pose. Giambologna resolved the issue to match his work to that of Michelangelo’s by creating several wax and plaster models. The final piece showed a sculpture with conical volume combined with zigzag lines and spiraling curves, with Florence depicted as a woman, overcoming Pisa, represented by a man.

Many of Giambologna’s works are still seen in the gardens of the Medici homes, such as the colossal, 33-foot high statue of the mountain god, Appennino at the Medici Villa in Pratolino. At the Piazzo dela Signoria in Florence is the bronze equestrian statue of Cosimo I on Horseback. It was the first of its kind in Florence during his time, and became the model for other sculptors. He also produced a variety of bronze statuettes of human figures and animals. His life size bronze sculptures of birds adorn many fountains and grottoes in Pratolino and the Boboli Gardens in Florence.

Featured and 1st image by Filip Maljković from Pancevo, Serbia (The Rape of the Sabine Women) [CC BY-SA 2.0 (http://creativecommons.org/licenses/by-sa/2.0)], via Wikimedia Commons