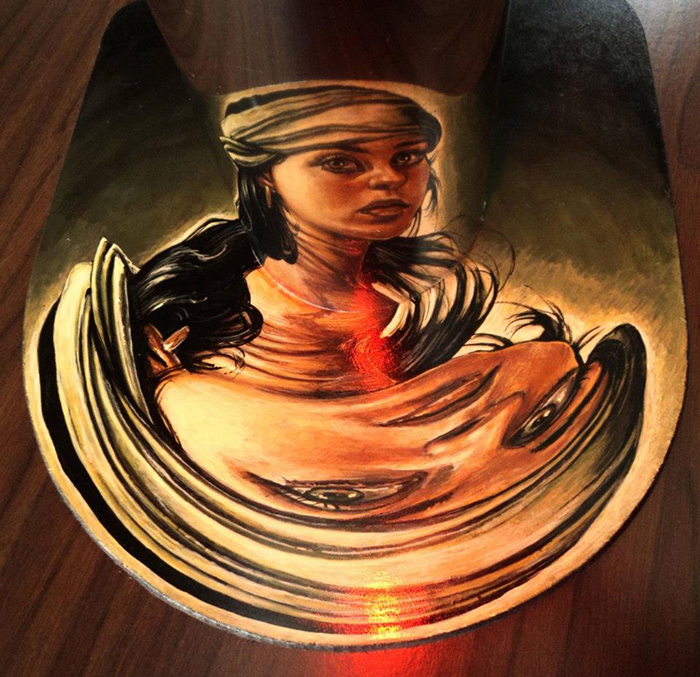 Anamorphosis refers to distorted perspective or projection that requires the viewer to use a special device or to be at a particular vantage point to reconstitute an image. Anamorphosis can be subdivided in two types of projection: oblique or perspective and catoptrics or mirror. Oblique anamorphosis art dates back to the 15th century Renaissance period while catoptrics came later during the 16th century.

The earliest known example of oblique anamorphosis is Leonardo’s Eye. Cave paintings which were found at Lascaux may also have this particular technique since the oblique angle of the cave would result in a distorted figure from the viewer’s perspective. The anamorphic trick was used by Hans Holbein when he created “The Younger”.

Holbein’s famous painting, “The Ambassadors,” is an excellent example of an anamorphic art. The distorted form lies in a diagonal position on the base of the frame. When you view this art from an acute angle, it will be transformed into a skull’s image.

Anamorphosis was also practiced by Baroque during the 17th century and this is evidenced by the trompe l’oeil murals. This special technique combines illusion with actual architectural elements. You have to stand in a specific spot fronting the art work so you’ll be able to view this excellent architecture blend with a decorative painting.

Michelangelo’s David was specifically sculpted in such as way that the head as well as the upper body was proportionately larger compared to the lower body. This provided the illusion of a perfect body from the perspective of people who are viewing the image. Anamorphosis has its own invisible form, and the artist is using it to mesmerize his audience. 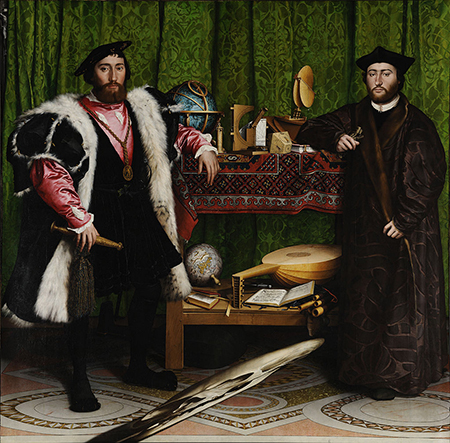 Anamorphosis in a Roman Church

The vault and dome of the St. Ignazio Church in Rome was painted by Andrea Pozzo using a pinnacle of illusion. Pozzo was commissioned to handle the painting of the ceiling due to several complaints by neighboring monks that light was being blocked. Instead of constructing an actual dome, the ceiling was made to look one.

An anamorphic image of St. John was also constructed by Jean-François Nicéron in Trinità dei Monti, Roman monastery. Several anamorphic styles were researched and projected into a cylindrical and conical surface. Abraham Bosse, who was a disciple of G. Desargues, was able to study this type of process to transfer flat projections onto a conical vault through the use of visual threads. Abraham Bosse thoroughly explored concepts regarding anamorphosis on architectural elements like vaults and walls.

During the 18th and 19th century, anamorphosis evolved and was used in various children’s games. These images even became more popular than fine arts because children were drawn into creating hidden visuals. Anamorphosis was also used for educational purposes. The teachers encouraged children to express themselves using hidden images that can only be viewed through the use of glass.

In today’s technology-driven world, teachers like Myrna Hoffman was able to create anamorphic toys called Morph-O-Scopes. This incredibly engaging and technology-free product can effectively develop a child’s creativity and at the same time build his motor skills.