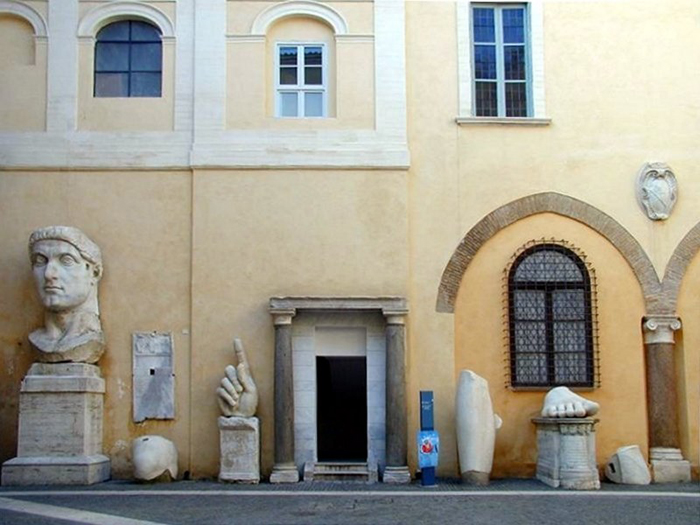 Art works have been around since time immemorial. Some people create soothing art pieces and noble portraits, while others settle on weird and disturbing works. These paintings can be a bit strange and weird or absolutely deranged and shocking.

This art was one of the most famous works during the 20th century. It was a collaboration between Salvador Dali and Edward James. The lobster telephone art explored interior design as a creative and innovative way of expressing a surrealist idea. From this particular exploration, a paranoiac and critical environment was developed. As a result, Dali was credited with bringing a new lift and a fresh dimension to the aging world of surrealism.

Dali’s artwork was made through the conjunction of several items which were not normally connected, resulting in a piece which is both playful and menacing. This artist believed that certain objects could possibly reveal the secret desire of the unconscious.

For Damien Hirst, surrealist objects still live, represented by a shark that was preserved in formaldehyde and relentlessly swimming through a white space in an art gallery. There’s only one word that would be able to describe Damien Hirst’s tiger shark art: surreal.

The image actually gapes and appears to glide towards the viewer. The illusion of movement is sparked by refractive perspectives of the glass vitrine. With the shark’s gradual decay and wrinkling, the image becomes even more bizarrely surrealist.

From the moment Robert Rauschenberg saw a stuffed goat while visiting the dumps and antique shops in New York, he couldn’t disregard the sexual charge of the animal’s phallic horn and mythological association. In prehistoric Greece, the goat-legged satyr chased the nymph across the hillside; in Christian artworks, the devil himself was considered goatish.

The 4th century gigantic remains of Emperor Constantine’s statue which were preserved in the Roman Capitoline Museum haunted the artists’ dreams for centuries. During the 18th century, artist Henry Fuseli was completely overwhelmed by the bizarre spectacles of Constantine’s massive marble hand.

Meret Oppenheim, one of the surrealists in 1930s, had a good eye for presenting suggestive stuffs. One of the weirdest arts she made was “My Nurse”. She covered the saucer and cup with fur so as to generate a picture of oral pleasure. “My Nurse” is a perfect combination of sex and food. Meret Oppenheim presented a pair of high-heeled shoes placed on a silver platter just like a sumptuous food for a fetishist.

The Song of Love

Giorgio de Chirico created “The Song of Love” in 1914. The first surrealistic object that appeared on Giorgio’s painting was made during the First World War. A rubber globe was incongruously hanged right next to the marble head. Famous poet, Guillaume Apollinaire, who introduced the word “surreal,” was able to record how Chirico went out and bought this rubber glove. Giorgio’s work of art isn’t a simple painted fantasy. It is also a surreal thing from the real world.

Paintings were already famous during the 19th century. Max Klinger’s “The Glove” is an astonishing series of 19th century prints of an artist with a woman who dropped her glove. The series of outlandish fantasies were pretty overwhelming as Max’s passion poured out in his painting.

The artist was longing for an unknown woman with only her glove that serves as a reminder of the intense relationship. Max Klinger’s masterpiece is proof that a lot of surrealist ideas were anticipated during the end of the century.

Featured and 1st image by Lalupa (Own work) [Public domain], via Wikimedia Commons