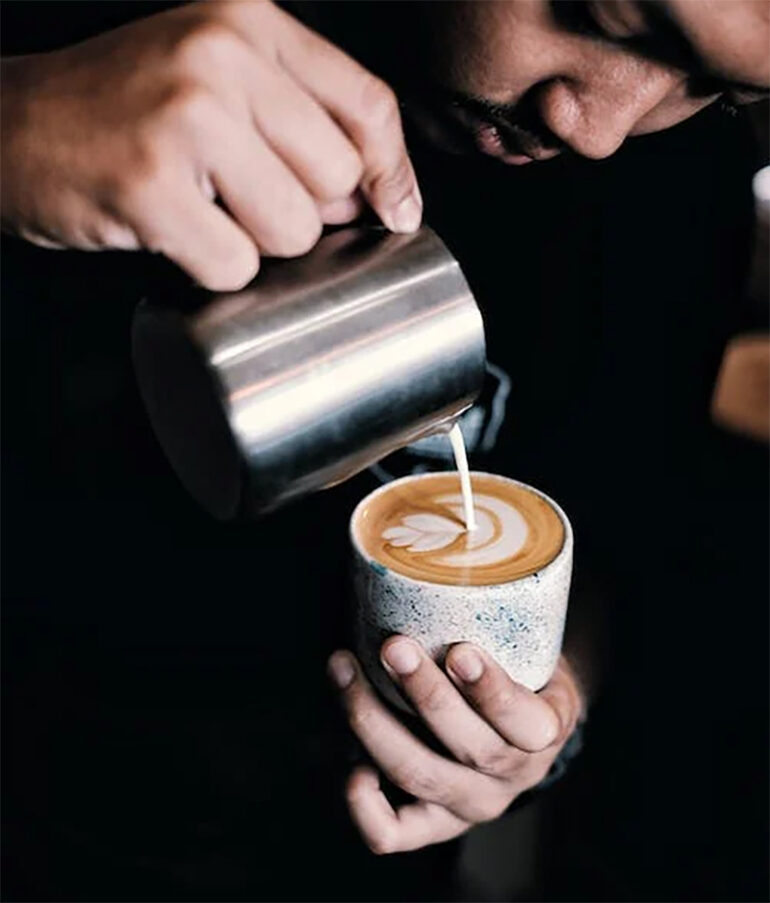 For most people, drinking coffee is already part of their daily routine, but switching it up every once in a while, never hurts. Latte art, although only for aesthetics can make someone’s day by enhancing their coffee drinking experience. By steaming milk until it turns into a foamy consistency that is also called “microfoam”, latte art can be achieved after pouring the frothy milk into a shot of espresso whilst carefully layering the milk to create a visible design. When creating a latte, using whole milk is not required as other dairy alternatives may also be used such as soy, oat, and nut-based milk.

Most baristas would say that to make a good latte art is a freshly prepared shot of espresso, a layer of crema, and newly frothed milk. Although making latte art is possible by using milk alternatives, baristas still say that they recommend using whole milk because it has certain properties that make it better for frothing. Other than these materials of course a considerable amount of time for practice is necessary to make lattes that both taste and look good. Pouring microfoam into a cup of coffee does seem intimidating but with time, it can become second nature, and making intricate designs or patterns will become second nature.

Speaking of patterns, the patterns on latte art are the main characteristic that sets them apart from other types of coffee. There are four main patterns that baristas use, and from these patterns, sub-patterns can be derived. Take, for example, the solid heart can result in a hollow heart and the rippled heart. Another basic pattern is the tulip which can be turned into a stacked or winged tulip. Next, is the rosetta, which may turn into multiple rosettas or even a slowsetta as baristas would call them. The last basic pattern is the swan, with its variations called the double-winged swan and the tulip swan.

Creating latte art can be a calming routine that would set the mood for the day. For both professionally trained baristas and amateurs at home, finally completing their first successful latte art is a special moment to remember, and from that point on all they would want to do is to keep practicing this skill because they want to pay respect to those who have previously trained for this special trade. To most people, making coffee seems like a mundane task that is just part of an everyday routine, but there are people who train to hone this ability in order to create beautiful works of art for themselves and for others.

Latte art is not just another drink, it is also a demonstration of one’s ability to brew and assemble an excellent cup of coffee. Through gathering the right materials, studying techniques, practicing patiently, and crafting a beautiful cup of coffee, latte art turns into something that is more than just a drink. Seeing that there is so much love and care that goes into making a single cup of coffee can just make anyone appreciate all the work that is needed in order to make latte art.

1st and featured image by https://www.pexels.com/photo/man-pouring-coffee-on-ceramic-mug-1924951/