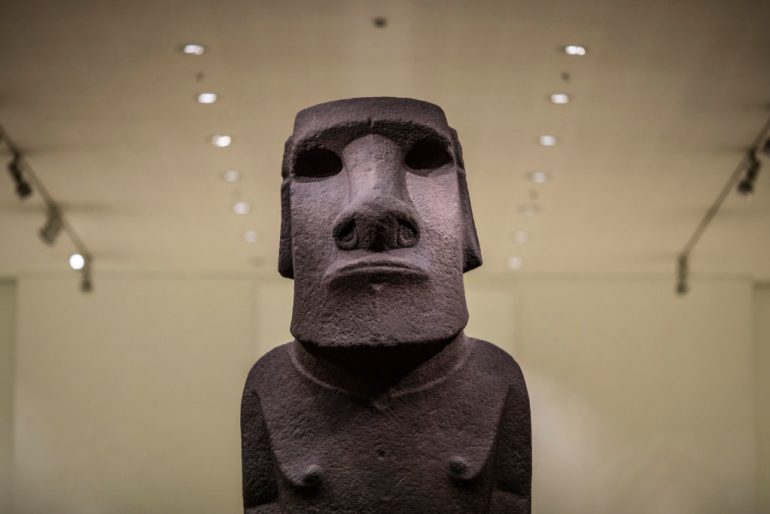 “Restitution” is a powerful word that is making rounds in the British museums’ circles. With it comes the call to restore all artefacts that are considered as “stolen” or taken from their country of origin due to the Colonial Age. African countries are asking their artefacts back and Europe’s museums, guilt-tripped by people that feel that justice must be served in response to their colonialist past, is spending millions just to hand the items back to African hands.

Easter Island, however, thinks it might be better off for a certain sculpture that came from their islands to stay in Britain.

That sculpture is the Hoa Hakananai’a, and the one who told the world how the Polynesians feel about it is none other than the current mayor of Easter Island, Pedro Edmunds Paoa. Hoa is a moai sculpture that is currently stored in the British Museum. It was brought there by the crew of the HMS Topaze, a frigate then in the service of the Royal Navy, from Easter Island (previously called ‘Orongo, Rapa Nui) in a voyage that lasted from November of 1868 till August of 1869, and has stayed in Britain ever since.

Nearly 150 years later, coinciding with the calls to return foreign artefacts, Pedro Edmunds Paoa told the press that he’d much rather have the statue stay in Britain. He argues that they won’t be able to take care of the statue and that the statue is better off in Britain where it can be taken care off instead of joining the other statues that are being wethered down. “Thousand are falling apart because they are made of volcanic stone, because of the wind and the rain,” he told Reuters. He instead asked Britain for financial aid in conserving the Rapa Nui monuments rather than have the statue back.

The mayor also points out that not all repatriations are good, as is the case with the statue that Argentina has returned.  “What is that Moai doing (now)? It’s a pillar for lazy dogs.”

This might be the much-needed wake-up call to those who wanted the artefacts seen returned to their home countries out of social justice. Some countries may not be fully equipped to handle said artefacts and may ultimately be destroyed if the home country is not able to care for them. Example of such countries is those that are part of the Third World.

Instead of returning the artefacts as soon as possible, it might be better if an effort is made to equip those countries first with better conservation equipment to handle the returned artefacts. That way, the home countries can take care of the artefacts better when they are returned. Many of those places may not be able to afford modern conservation tools, like Easter Island, so aiding them in obtaining the necessary tools and equipment first should be the priority if said artefacts are to be returned. 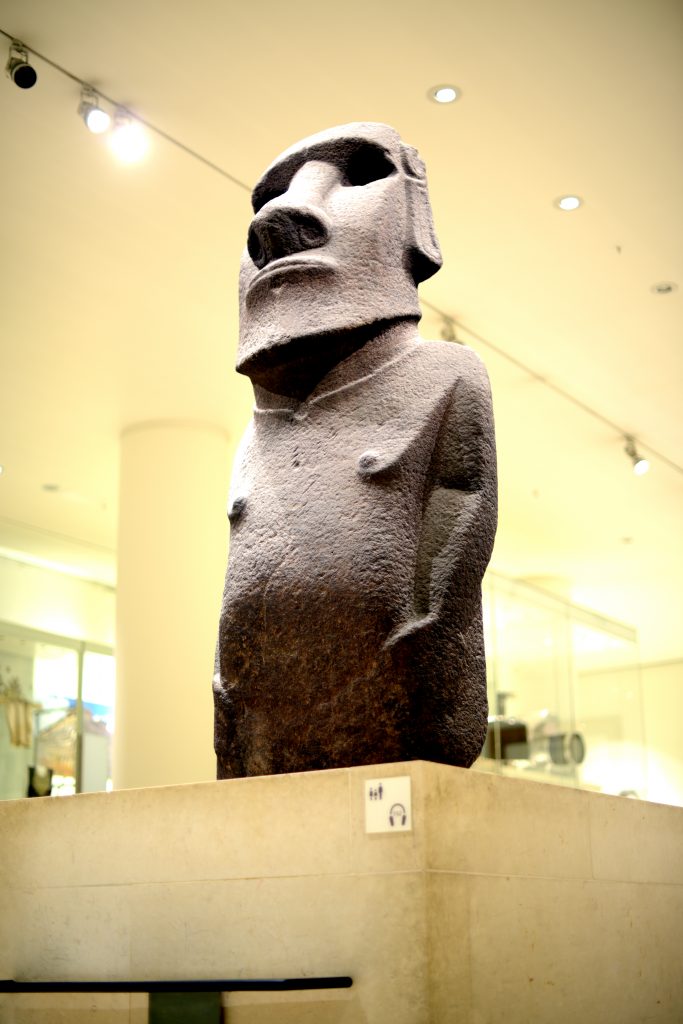 The governor of Easter Island thinks differently and has sent a letter this summer requesting the statue be returned to Easter Island. Despite their incapacity to maintain all the other statues that are sacred to their culture, delegates of the Rapa Nui went to Britain last November to discuss the museum’s answer to their letter. The results of the talks were described as positive, and that further talks are expected. Meanwhile, activists continue to protest the museum’s possession of foreign artefacts, and even held a “Stolen-Goods Tour”.

The island’s mayor, however, is not pleased and asked where on Easter Island are they going to place those artefacts. Currently, there is a debate between the inhabitants of Easter Island as to the topic of accepting the artefacts back. If the items were returned, we might see it lying around with the other uncared-for statues, slowly being destroyed by time.

2nd Image: the Hoa Hakananai’a in a different angle, via wikipedia.