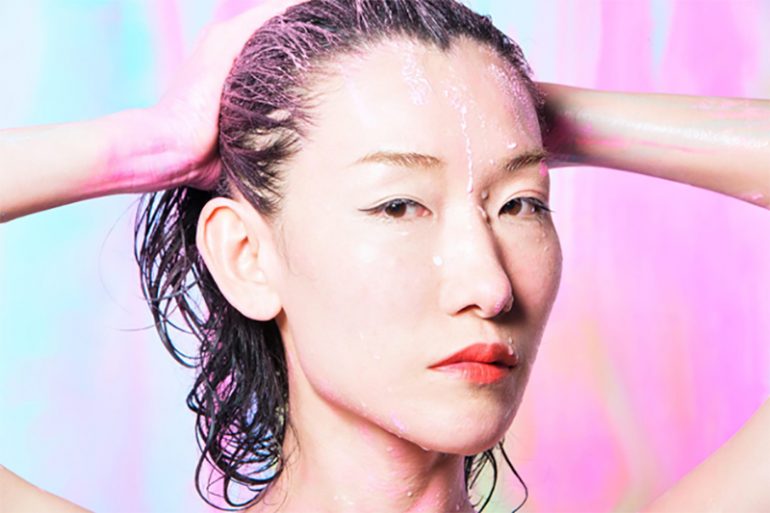 When you think of finger painting, you probably think it’s only done by children when they have art classes. But Saori Kanda uses this style to produce unthinkable artworks. It would be better to say that she has taken this technique to a whole new level.

A combination of performance art and visual art. It sounds different at first but it’s what makes her works so special. During the first encounter with her art pieces, words can’t be expressed on how amazing they are.

Who is Saori Kanda?

Saori Kanda is a Japanese artist who was born in Japan and raised in Baghdad and Dubai.

It might be due to the upbringing that makes her seem like she is what one would call a Third Culture Kid. Instead of seeing it as a weakness, she used it to her advantage by transforming her traveling experiences into energy used for her art.

Being a third culture kid meant she was exposed to a variety of cultures, from her ancestors to where she grew up. Now, she travels all over the world and meets new people.

Using both dance and painting, would she be considered a painter? A dancer? Why not both? She is more well-known as a performing artist.

She moves her hands, fingers, and brushes according to the waves of the music she hears. For this, she uses a large canvas and basically “brings life” to her works. Not only her works are mesmerizing, but watching her paint is like watching a beautiful solo ballet performance with a narrative.

It was like transferring her energy to dance expressively to the tip of her fingers to applying paint on the large canvas.

The three words first mentioned in her profile but what do they mean? Looking through her works, these words may be much simpler than we think. She brings life to her paintings and because of that, her works seem so alive, so magical, and so mysterious. It makes one wonder what sort of sorcery did she use? This sorcery was no other than her own personal experiences. With her kind of background, she must have a lot to share!

However, some of her works may appear to you like a painting of splashes. But this could be the imagery of destruction but at the same time creation. Doesn’t it remind you of a

What Is She up to Now?

She seems to be continuing her craft as a painter, doing commissions. It also appears that she has recently been working with mixed media.

From her list of works, it seems that she also has gotten her hands in technology – the Virtual Reality. This just tells us how art has endless possibilities.

Yet, her art remains consistent – art with music.

After the AR/VR, don’t you ever wonder what kind of medium Saori Kanda may end up using next?