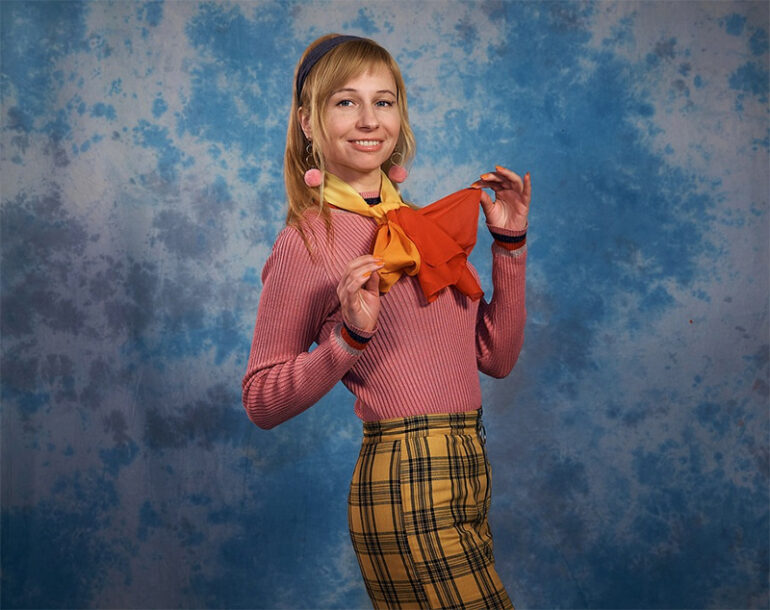 The 1970s had no shortage of significant events. To list a few: the war in Vietnam, the Anti-War movement, the Cold War, the Gay Liberation Movement, and the Women’s rights movement.  These events have all contributed to substantial changes that continue to be seen up until today such as in politics, the economy, and social norms. Due to this abrupt change in beliefs and values, there came an even greater shift from the fashion of the 60s. Bringing about silhouettes that are vintage, flamboyant, and androgynous. Here are a few of the staples or mainstays of 1970s-inspired fashion.

The rise of disco influenced the fashion trends of the 70s. Going to the disco and finding someone wearing clothes that have wide lapels were not uncommon. Amongst the mainstays for tops in 70s fashion, none were more iconic or recognizable than tie-dyed shirts or jackets. Although it seemed that the sudden surge in popularity of tie-dying was because it was among the trends prevalent at the time, that was not the case. One of the reasons it became so widespread could be related to the dwindling state of the economy during the 70s. To combat the rising prices of inflation, people adapted to repurposing old clothes and tie-dying them.

To add to the disco craze of the 70s, one of the most identifiable silhouettes for bottoms began to arise, this silhouette came to be known as bell bottom jeans. From its namesake, bell bottom jeans were pants that imitated the shape of bells from the knee downward. In contrast, to the looser nature of bell bottom jeans, the tighter fit of corduroy slacks was also common. The material of these slacks made it easier to offer a wider selection of colors to choose from. The main selling point of corduroy slacks was definitely the range of variety it had, and its ability to add a pop of color to outfits.

No outfit is complete without accessories and the 1970s knew this very well. For shoes, having a pair of knee-high boots or platform shoes would serve well. Either of these choices would be able to add a sense of flare to any outfit. However, there’s more than just shoes for accessories, sunglasses were also a big part of the style of the 70s. The sunglasses that were thought of as the most fashionable of that time were tinted aviators. In case the weather was a bit chilly, adding a scarf would work well all while building a well-thought-out ensemble. If shoes, sunglasses, and a scarf were still not enough, then wearing some jewelry might do the trick, perhaps a pair of earrings.

Fashion in the 1970s was unquestionably one of the most unique eras for style. It understood how best to utilize fascinating yet unorthodox silhouettes all while providing comfort for its wearers. The coming decades after the 1970s still pull inspiration from this era, only proving how versatile the vogue of this time truly was. Seeing all this it is safe to conclude that the 1970s indeed set the trend for fashion today.