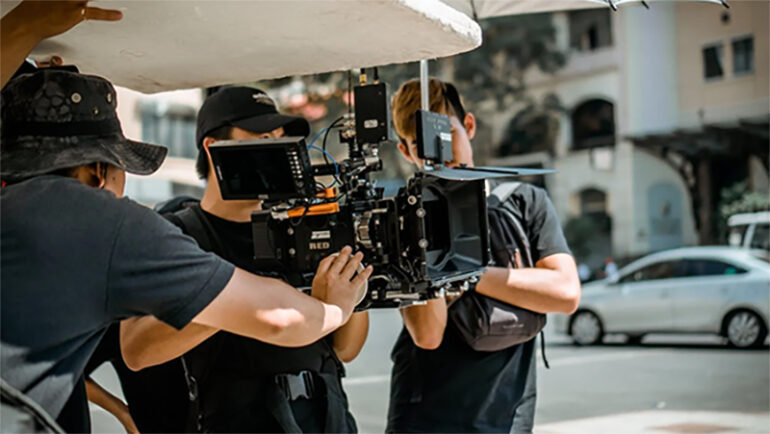 Cinematography plays a huge role in films. Altering the way a scene from a movie was shot can already affect the overall message and tone a scene was trying to convey to its audience. Some films can even be made with little to no dialogue with a good grasp of the importance of cinematography. The way a scene is shot, the way it flows, and the way it tells a story, all contribute to providing a more enjoyable experience for viewers. And with a solid understanding of the composition of a scene, efficient and meaningful camera movement, coupled with the use of camera angles best fit for a scene, the process of making a movie will become a more straightforward experience.

In relation to cinematography, composition is what is seen within the frame of a camera. Meaning that any set or prop should be placed within the frame with careful intention. More importantly, when composing a shot, the framing of actors needs to be calculated. If an actor or multiple actors plan to move within a scene, then keeping them within frame would be important, unless otherwise is said. There are a few general rules to keep in mind when composing a scene, and the most famous is called the rule of thirds, where when a 3×3 grid is drawn on a frame the main subject of a scene should be aligned with a third of the entire frame.

A film that makes good use of camera movements can enthrall any audience. In action scenes, movement can contribute to capturing the impact of a punch or fall. Another good use case for movement is seen in horror movies, where movement can create an effect that would make the audience feel that there is a looming threat about to appear. Camera movement is especially important for films that want to provide their audience with a more dynamic experience. A film that has limited camera movement may end up becoming static and lead to the audience losing interest to continue watching.

There is what feels like an unlimited way to angle a camera. Choosing an angle that shows important information can leave a clue for the audience without explicitly stating anything. Take, for example, filming closer to an actor’s face would place more emphasis on the emotion a character is feeling. If a film wants to indicate a character being above another character in terms of status or strength, a common way to illustrate this is by filming one character on higher ground while the other would be placed on lower ground to highlight their difference.

Film is a medium that can convey emotions and ideas almost perfectly. And by following a script, films can tell stories that cannot be described with words alone. Yet, following a script and acting still leaves so much to be desired. This is why cinematography has become such a fundamental part of the process of filmmaking. It can communicate to the audience and resonate with their feelings without speaking a single word through non-verbal movements that leave audiences in awe.

1st and featured image by https://www.pexels.com/photo/photo-of-man-holding-camera-3062541/