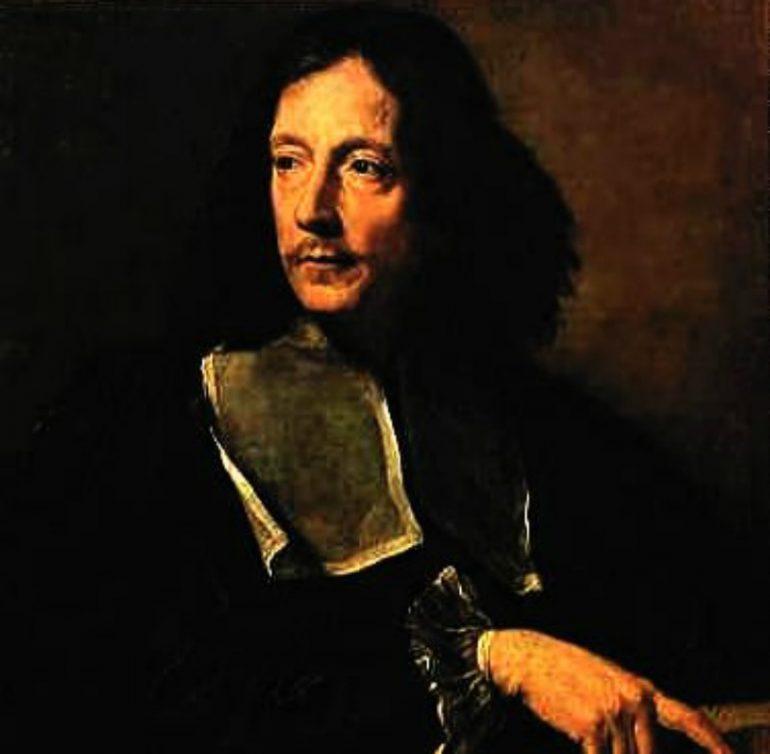 Julius von Schlosser, a historiographer of Austrian art, described Giovanni Pietro Bellori as the most important historian of art in the entire country of Italy, and even in Europe, during the 1600s.

Giovanni Pietro Bellori, also known as Gian Pietro Bellori, was born on the 15th of January, 1613 in the city of Rome. He was an Italian artist, antiquarian, and biographer of art whose preference is for classicism rather than baroque art.

Bellori was the son of a poverty-stricken farmer, but he lived and was raised in the home of his uncle, Francesco Angeloni, who was a wealthy writer, antiquarian, and collector in Terni. As a young boy, he took his first art lessons from the finest private archeological collection of Angeloni, drawings of Italian baroque painter, Annibale Carracci, and paintings of Domenichino. Subsequently, Bellori took part in the Accademia di San Luca (Academy of Saint Luke), a painting academy in Rome. He became his uncle’s heir when Angeloni passed away in 1652, and he put together his own painting collections, including the works of Sir Anthony van Dyck, Titian, Tintoretto, Maratti, and Carracci.

In the year 1664, Bellori made an inspiring and influential essay for the academy, which he published several years later as a preface to his book of contemporary artist biographies.

In May of 1670, Bellori was named Commissioner of Antiquities of Rome by Pope Clement X. A year after that, he was appointed secretary at the Accademia di San Luca. The Rome native later became an antiquarian and librarian of Christina, Queen of Sweden. He held this desired position for almost 25 years, until he was forced to resign due to his declining health. The well-known artist Bellori passed away in 1696 in his hometown, and he was laid to rest in the Church of San Isidoro. 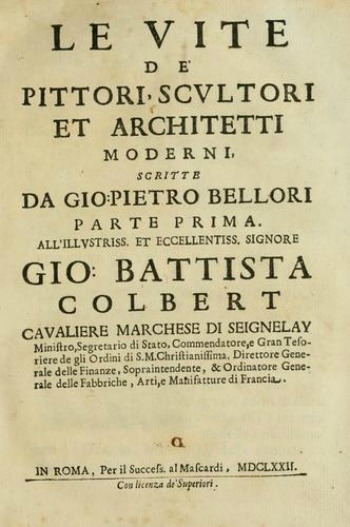 In 1672, Bellori published the first edition of his series of modern artist biographies, entitled The Lives of the Modern Painters, Sculptors, and Architects or Le vite de’ pittori, scultori, et architetti moderni. The book was dedicated to the French politician Jean-Baptiste Colbert and was released with French financial support. Bellori’s Lives contained the life histories of nine painters, including the brothers Annibale and Agostino Carracci, Federico Barocci, Peter Paul Rubens, Michelangelo Merisi da Caravaggio, Anthony van Dyck, Domenico Zampieri (Domenichino), Nicholas Poussin and Giovanni Lanfranco. The life stories of two sculptors, Alessandro Algardi and François Duquesnoy, and one architect, Domenico Fontana, were included in the book as well. Based on the length of their biographies, Bellori’s preference for the Bolognese and classically influenced painters, Domenichino, Annibale, and Poussin was very evident.