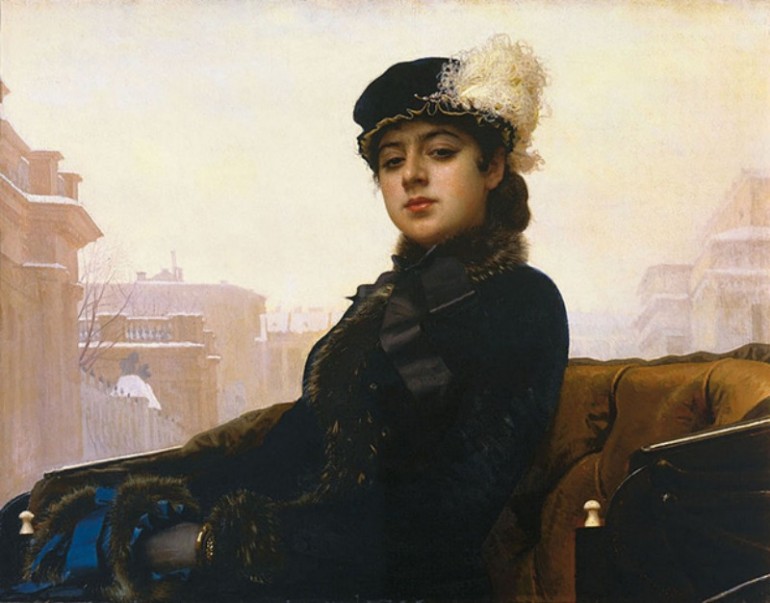 One of the best portraits artists that Russia has even known, Ivan Nikolayevich Kramskoy was born in Ostrogozhsk, Voronezh Governorate on June 8, 1837. He was one of the top contributors to painting in Russia during the 19th century. He had created portraits of famous actors and actresses, authors, painters, politicians, professionals and members of royalty, preserving their likenesses for posterity. Some of his most celebrated paintings include “Portrait of an Unknown Woman,” “Christ in the Wilderness” and “Portrait of Leo Tolstoy.”

Kramskoy was associated with the Humanist and Realist art movements in Russia and was a very prolific painter and an expert draftsman. As an artist, he was a contemporary of Ilya Repin, as well as Nikolai Yaroshenko, Vasily Petrov and Nicolai Gay.

Kramskoy’s aptitude for art manifested early and he learned drawing by himself when he was a young child. He gained employment as an apprentice to an icon painter at the age of 15. His employer taught him the principles and elements of perspective and paint. In Russia, icon painters usually received commissions from the church and their works were used for spiritual purposes instead of for art in the literal sense. During that time, icon paintings were presented in a different manner.  The natural perspective principles were disregarded. The figures were rendered flat; their eyes were almond shaped; their mouths small and noses thin and long. It was actually a conscious style that followed Byzantine art traditions, with inverted perspective principles. It resulted in paintings where the background objects became larger than the figures in the foreground. It also placed emphasis on important figures, which were created larger than lesser ones. Icon paintings focused on symbolic colors, symmetry, grace and simplicity.

Kramskoy was already 20 years old when he received formal training in art at the Imperial Academy of Fine Arts located in St. Petersburg. The Academy strictly adhered to traditional values. It opted for Neoclassical painting principles and sent the most promising students to study Baroque and Renaissance styles in France and Italy. The Academy also had a large collection of works by several masters, which were used in art classes. Kramskoy was not happy with the restrictions the school imposed, which held back his artistic development. He led a group of 14 students and together they rebelled against the staff of the Academy and held traveling exhibitions of their own. 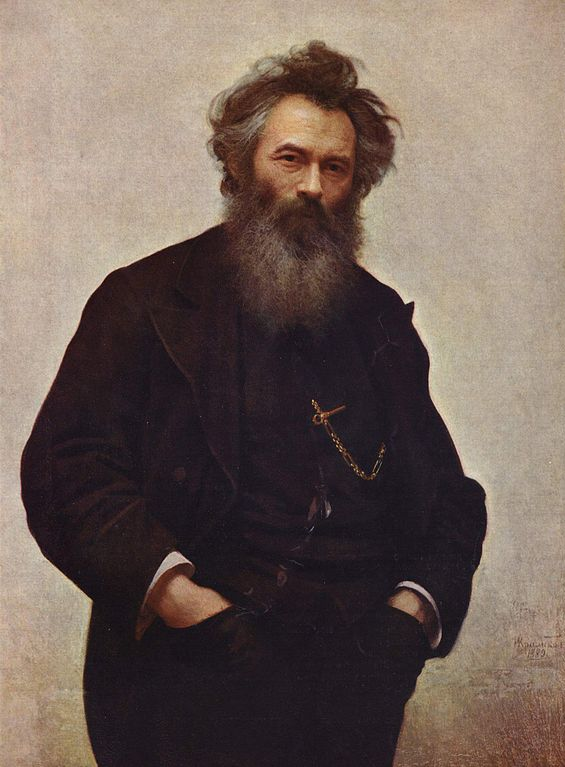 His first paintings around the 1860s were mostly monochrome and not very large. His portraits during this period showed the influence of photography, which was getting popular at that time. Kramskoy taught drawing between 1863 and 1868 at the Society for Promoting Artists. His students included Ilya Repin and Nikolai Yaroshenko.

Nikolay Kramskoy was a prolific painter and had regular commissions from Pavel Tretyakov, a patron of Russian art who later established the Tretyakov Gallery. He was one of the patrons who collected quite a number of the greatest watercolors, etchings, studies and portraits done by Kramskoy. He also collected works by Valentin Serov, Isaac Levitan, Vasily Surikov, Ilya Repin and V.G. Petrov, as well as works by other prominent Russian artists. Tretyakov also commissioned Kramskoy to do portraits of several science and cultural personalities. With Kramskoy’s extraordinary skills in portrait painting, he was able to capture the exact likeness of all his sitters. Some of the personalities he painted include Leo Tolstoy, Ilya Repin, Pavel Tretyakov, Doctor Sergey Botkin, Vasily Perov, Ivan Shishkin and Empress Maria Feodorovna.

In 1869, after his first trip around Europe, he mounted exhibitions with the Itinerants Society of Travelling Exhibitions. The society wanted the public to see the contemporary paintings of Russia; help them develop a passion for their country’s art and help sell the artworks.

Kramskoy was still working, painting the portrait of Doctor, when he died at the age of 50