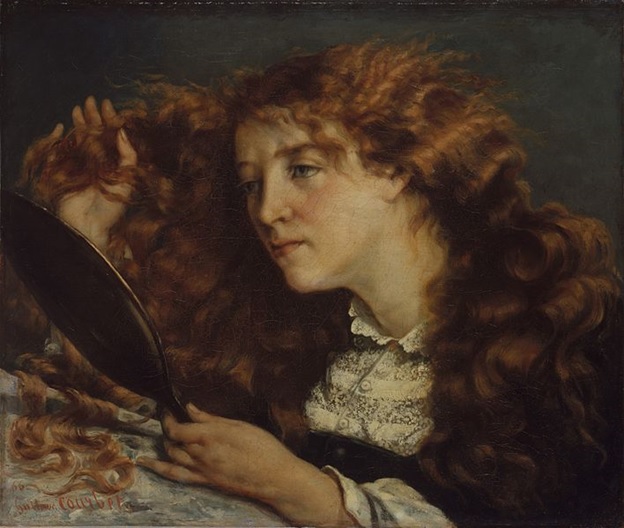 French painter Jean Désiré Gustave Courbet, born on June 10, 1819 and more popularly known as Gustave Courbet, was the leader of the 19th century Realist movement that bridged the gap between Romanticism and Impressionism. He was an innovator, a social commentator and a controversial figure, but nevertheless was highly influential to other artists during his time. The controversy that surrounded him was due to the way he used his work to address social issues such as the working conditions of the peasants and the poor, the bourgeoisie in the rural areas and how he portrayed them with a detached or unsentimental feel.

His style was distinguishable from the Romantic painters. He did not use soft forms and smooth lines but used spontaneous brush strokes. The roughness of the paints’ texture indicated that he observed his subjects directly from life, which was also a different approach from the academic style of painting. He developed the realistic style of painting that rendered him a celebrity, with many people considering him a genius.

Courbet came from a rich family, who were anti-monarchy. His grandfather was involved in the French Revolution and Courbet used this fact to pen dissertations and essay on socialist and democratic ideas and political anarchism. In the 1860s, he became more controversial with his erotic nude paintings, although it became the ladder to his social popularity. He achieved notoriety when he ordered the dismantling of the Vendome Column that was a symbol of power of the imperial rulers of France. He was sentenced to a six-month imprisonment and was ordered in 1873 to pay the government 10,000 francs each year until he reached the age of 91 when the debt will be fully paid. He was 54 years old at that time. The first installment was due in 1877, but he died that year.

Although he often said that he did not receive any art training, it was to the contrary, but he was a consummate artist who did not want to be confined inside the classroom and preferred to visit museums to study the paintings of old masters. He became a painter whose technique was different from the rest. He employed a very aggressive style in applying paint with a palette knife to create very thick tactile surfaces. His technique gave his paintings a very physical and unique presence. He was somewhat naïve and sometimes very direct in his approach to his work, which allowed him to showcase ordinary events and common people in a different light. He even made use of photography as reference, which extended his work from Realism to the edge of Impressionism. Some of his canvases were very large, such as his “The Painter’s Studio” that measures 142 in × 235 in, on display at the Musée d’Orsay in Paris.

However, Courbet did not receive recognition immediately. He had to spend seven years as an apprentice before he got noticed. During his time, the Salon, which was government-sponsored, was still the only way for an artist to have a successful career in art.

As soon as he arrived in Paris, he sent paintings to the Salon. Between 1840 and 1847, he submitted 24 paintings to the Salon, but only three were accepted. At that time, his style and technique were still unpolished and his drafting skills were still modest. He has not found himself yet and his techniques showed experimentations with various styles. He painted “The Desperate Man” in 1844, which showed himself as a lunatic, eyes wide with intensity and his hands clawing at his hair. It was done in heavy chiaroscuro and powerful contours, which made it theatrically dramatic.

His recognition came in 1848 when he was able to exhibit 10 paintings at the Salon, which was received enthusiastically by a very influential critic at the time, Champfleury. He was an admirer of the new realism in art in France, and steered Courbet into that direction.

Courbet’s career breakthrough came when he painted “After Dinner at Ornans” that was admired by no less than Delacroix. It was purchased by the French government. It was a huge painting that showed the influence of many Dutch painters such as David Teniers, Hals and Rembrandt.

The Dutch approach of creating pastoral paintings made an impact in one of Courbet’s oeuvre, “A Burial at Ornans.” It was a simple theme, a gathering of people for a burial, a scene he took from the burial of his grandfather.

It was a monumental piece that was placed on exhibit at the Salon from 1850 to 1851. It was large, for one thing and exhibited in blunt frankness Paris’ rural society that many Parisians wanted to ignore. Some felt that the painting was radical while others labeled it as ugly. Courbet at that time did not consider his painting as political but he found himself and presented things with a candidness and straightforwardness.

For the rest of his paintings his heavy handedness is his technique became a signature, approaching a subject with a sense of authority and directness. His paintings showed that he closely observed his subject directly.