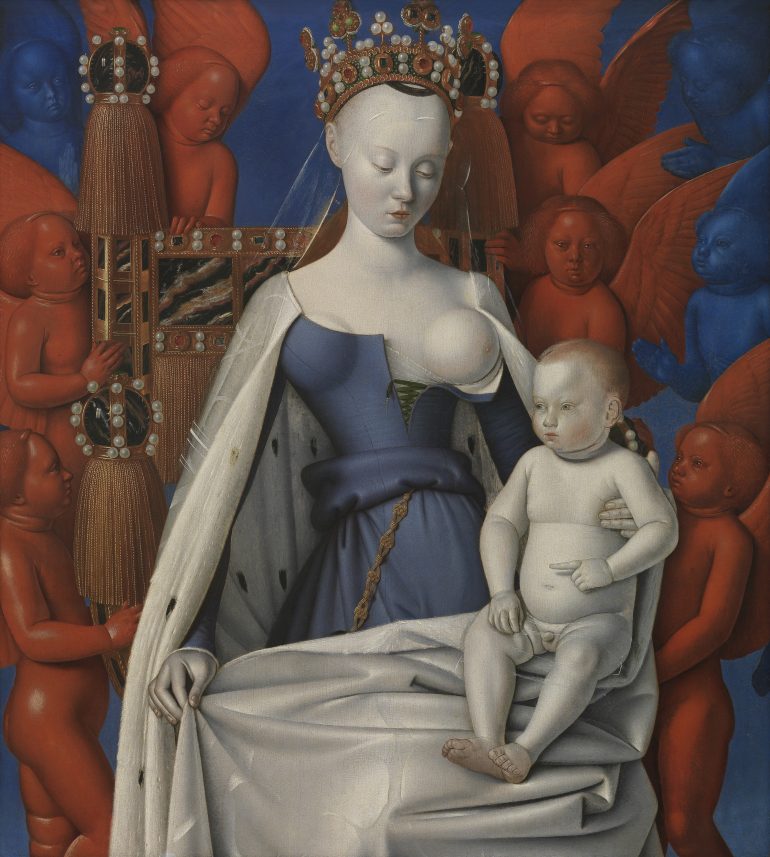 Noted to be the one who brought Renaissance Art to France, Jean Fouquet is the “finest French painter of the 15th century.” His works were thought to have been the link between the French International Gothic scene and the Italian Early Renaissance. Like many of the artists of his time, he’s mostly remembered as a good portraitist, altarpiece maker, panel painter, miniature maker, and illustrator. And just like many of his era, the details of his life are mostly lost in time, as well as some of his works. What we know of him are only from pieces of history linked with uncertainty by art historians.

What is known about him are the following: He was born in 1420 in the city of Tours, near the Loire River, in France, to a priest. When he grew up a bit he left home to receive training in Paris. Sometime between 1444 and 1446, he made a portrait of Pope Eugenius IV in Rome. In 1447 (some say 1461) he painted a portrait of Charles VII. It was said that he also went to Italy and was influenced by the works of Piero Della Francesca and Fra Angelico, especially in the techniques concerned in the rendering of volume and managing of central perspective and foreshortening.

He created a new art style after his return from Italy, which became the basis of 15th-century French art. In 1450 he painted the Book of Hours for Etienne Chevalier, which includes 60 miniatures, and a diptych for Notre Dame. he also illustrated Boccaccio’s “On the Fates of Famous Men” and “On Famous Women”, the Grandes Chroniques de France, and finally, the “Cas des nobles hommes et femmes malheureux.” The “Pieta” altarpiece that was discovered in the church at Nouans is attributed to him. There is also the Assumption altarpiece located in the church of Candes.

He was also commissioned to do paintings for the Order of St Michael in 1470 and illustrations for prayer books for Marie de Cleves and Philippe de Commines in 1472 and 1474 respectively. It was also in 1474 that he illustrated the “Antiquities of the Jews.” He also made a model of a tomb for Louis XI in 1474 and received the title of the King’s Painter in 1475. In 1476 he helped to decorate for the entry of the Alfonso V into Tours. His works with Charles VII, Etienne Chevalier, Guillaume Jouvenel des Ursins, and Louis XI all gave art historians the impression that he’s in the sole employment of the French Court. 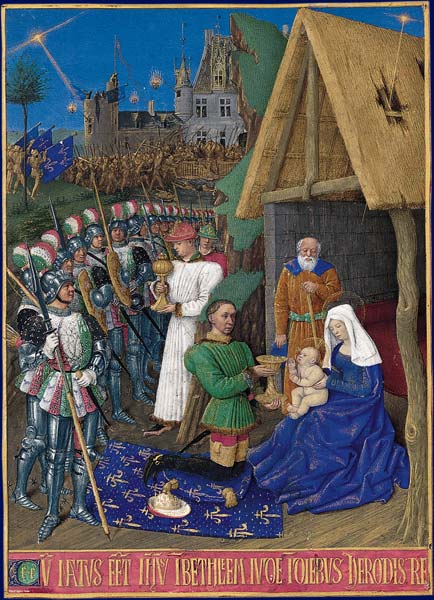 And that’s all that we know of him. In 1481 it was reported that he’s dead and there’s no other detail about where and when. It was said that he had two sons who were also painters, but what they have accomplished or what have become of them, none can say.

Fouquet’s greatest contribution to art has been the invention of the new style, which became the connection between Gothic and Italian Renaissance and the prevailing style that ushered in French Renaissance art. For some unknown reason, he has chosen to train under the Florentine style while he was in Italy, rather than the Sienese style that rivaled the Florentine style during that era. It is probably because that the Florentine style must have been more popular than the Sienese style. Nonetheless, the results of his training are magnificently beautiful. It is one of the greatest examples of art evolving from the old style by incorporating other aspects and traits from other styles, continuously improving it until you get a style that’s totally different from the one before.

Featured and 1st image Madonna, part of the Melun Diptych, by Jean Fouquet, via Wikipedia

2nd image The Adoration with Charles VII as one of the wise men, by Jean Fouquet, via Wikipedia