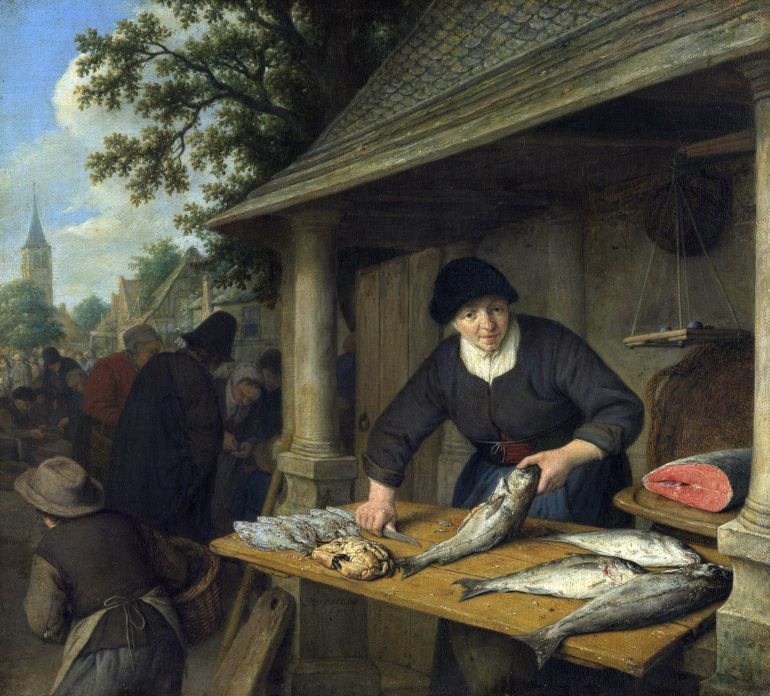 Peasant life works are very popular during and after the Renaissance because they present a calm and relaxing subject that still manages to show life. Especially ones that show people working in the fields, enjoying some time in the taverns, or just relaxing beside the fireplace. To many artists and their patrons, it is a subject they enjoy and appreciate, especially when the artist can put into paint the colors, lighting, and vibrancy of the scenes they wish to paint.

Many of the artists also live a peasant’s life. Adriaen van Ostade, however, is a gentleman who made it part of his career to study and observe peasants and paint them. He’s was a painter of Dutch realism, born on December 10, 1610, in Haarlem, Netherlands. Apart from painting peasant subjects, he also paints religious art, landscapes, and portraits. He’s a popular man, married twice, and headed his guild thrice until he died in 1685 and was buried at the Church of St. Bavon.

Ostade, his brother, Isaac van Ostade, and Adriaen Brouwer were students of the renowned master, Frans Hals, who was a Belgian painter in Haarlem in 1627. But instead of being influenced by their master’s art, it seems that Brouwer had more influence in Ostade’s style. Both of them loved the peasant life and the dimly lit tavern scenes. But afterward Ostade’s style matured: His subjects became less grotesque and he also took to painting subjects that are outside the dim inns and bars. The Fishwife, for example: shows a woman, working to sell her fish, removing the scales with the knife. A fish, with parts of it, sliced off, now shows the reddish and pinks of its meat. In the background, people were huddled together, buying and selling, while a tower stands afar. An everyday scene from a marketplace captured beautifully.

There are other artists who influenced his works, such as Rubens and David Teniers the Younger. With Teniers, though, they were contemporaries and share a liking for the peasant subjects and as years go by, he’d learn to paint them in a lighter, more colorful, more delicate manner. During his earlier years, most of his works are of greys and browns. When his skills matured they’re all noticeably different from his works back then.

He may not be a peasant but Ostade’s life was as colorful as his works: after studying under Frans Hals he moved to Utrecht, then back again in Haarlem, where he joined the local guild. He married a woman when he was twenty-eight and lost her when he was thirty. He married again 17 years later and lost her 9 years later. All the while, he’d take in students of his own and would be chosen as the deacon for the local guild he’s registered with.

Arnold Houbraken, who is a fan of Ostade, found that Jonad Witsen bought a series of colored drawings made by Ostade for 1300 florins. Ostade stayed with Konstantyn Sennepart while fleeing the Disaster Year, following the start of the Franco-Dutch and Anglo-Dutch wars. He intended to go to Lubeck to escape the war and reached Amsterdam where he stayed instead. 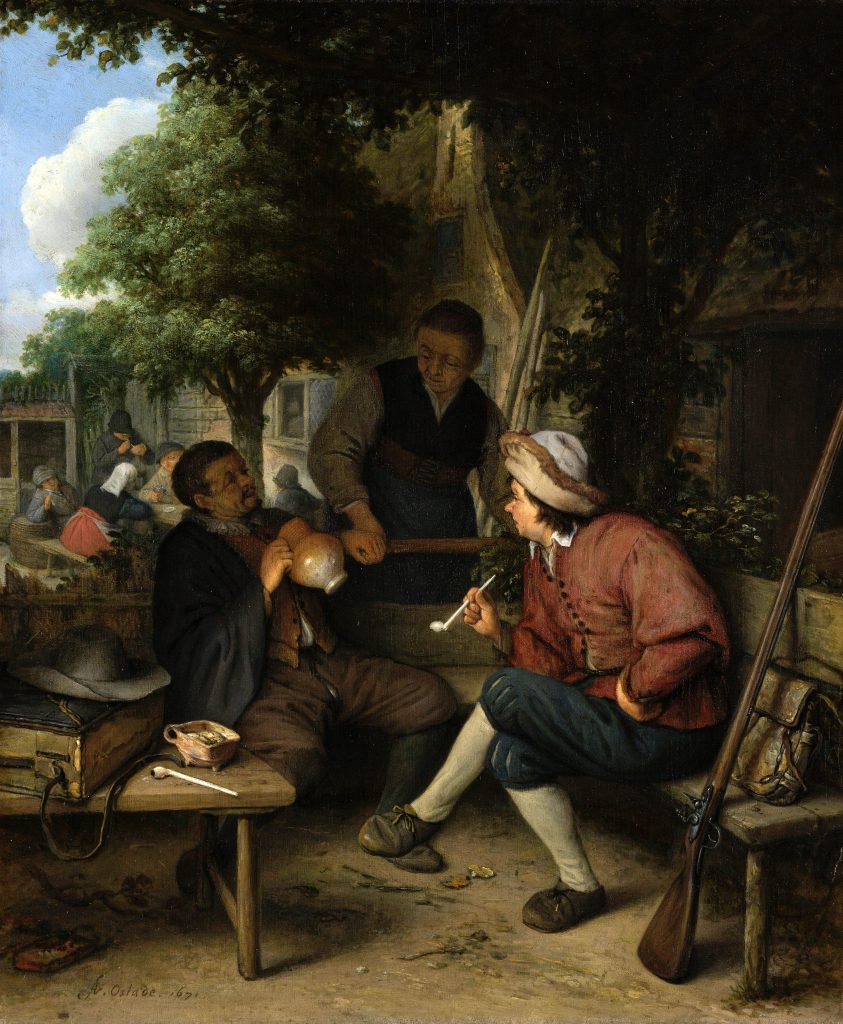 Nothing else was known of him afterward except that when he died he was inactive for ten years. He left his only daughter, Maria, with a hefty inheritance plus more than 200 of his paintings. Each painting, which was worth about £40 back then, was worth £1000 100 years later. Nothing indicated that he had any problems in life concerning money. He may have lost his wives but he had a daughter to bring up and a guild to lead and represent. Maybe his art represents more than just how colorful his life was. Just like his art, he seemed a relaxed fellow who enjoyed his life and popularity.

Featured and 1st image The Fishwife, by Ostade, via Wikipedia