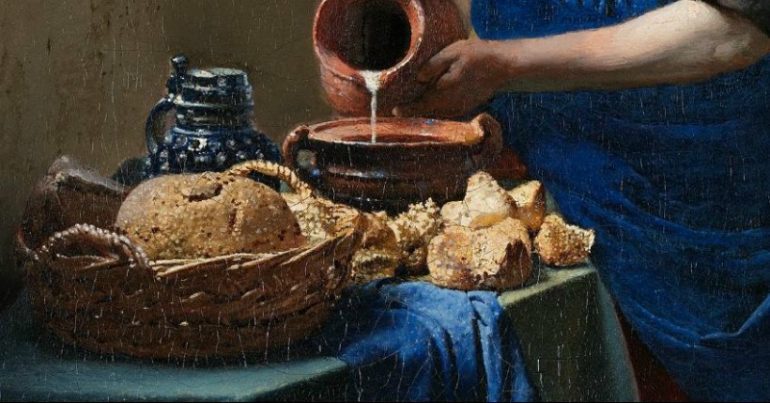 Johannes Vermeer was a Dutch master. Born in 1632, he started his career as a painter at the age of 21 in 1653. He died 22 years later at the age of 43, in 1675. He is notable for his realistic works, though there’s so little people actually understand about his style. He wasn’t known to have had any formal training. His personal life, however, seems well-documented: just look at his very nice Wikipedia page.

However, those who would discover him for the first time would note how the art world would obsess about him using a device known as a camera obscura. A camera obscura is when an image is projected from a small hole to the wall or screen on the opposite side. Any device that uses this technique is also called a camera obscura. To many accounts, it seemed that Vermeer used one and that’s the only explanation they can come up with to explain as to how he achieved such realistic works that could only be possible when working with a camera. Though they wrote books about this, they really don’t have any proof that he used one. When he died, the list of his inventory didn’t include any such camera.

And yet there they are: small details that were revealed to human eyes only after when photography was invented and became a thing, laid on a painting by a Dutch who was never heard of until 1860 when his works were re-discovered. 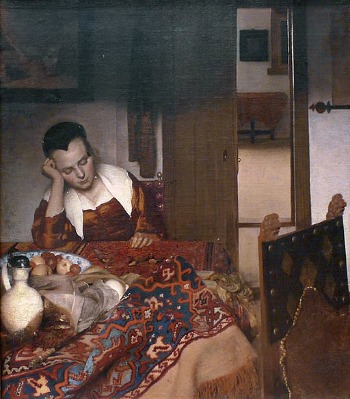 And so some suggest that because he cheats, he’s not a real artist. In Jane Jelley’s Traces of Vermeer, she explains Vermeer is a cheat and tries to emulate how Vermeer might have used cameras and lenses to project the image and traced it. The method is also illustrated in her report From Perception to Paint: the Practical Use of the Camera Obscura in the Time of Vermeer (Oxford, UK 2013). This might explain why he became obscure after his death: He wasn’t a master, he wasn’t even an artist. Just an ancient version of a photographer.

But, wait. Isn’t photography considered an art now? So what then is the problem with Vermeer using a camera? That he traced? Traced what? Real life image projected from a device to a screen? It’s not like he took someone else’s work, lay it behind his and traced that, such as how tracers usually does it today. He still worked on with nothing but the light coming from his real life subjects, even if it passed through a lens.

And in the end he still painted the image anyway. There technology to capture the image onto paper or canvas hasn’t been developed that much yet. Even Da Vinci’s camera isn’t going to produce colored images. Vermeer still had to go outside and buy his super expensive dyes and paint to complete his works. There’s nothing that’s worth criticizing about the fact that he used a camera to create his works. It doesn’t make him any less of an artist.

It’s that he just found a new way to paint, a new perspective on how to recreate reality from real life to the canvas. And remember that this is assuming he actually used one. If he did, well definitely, he isn’t a master in the sense that he can’t create such realistic works without the aid of his camera. He is a master because he found a way to use the camera for his works. He is a revolutionary artist. A man ahead of his time. That’s all.