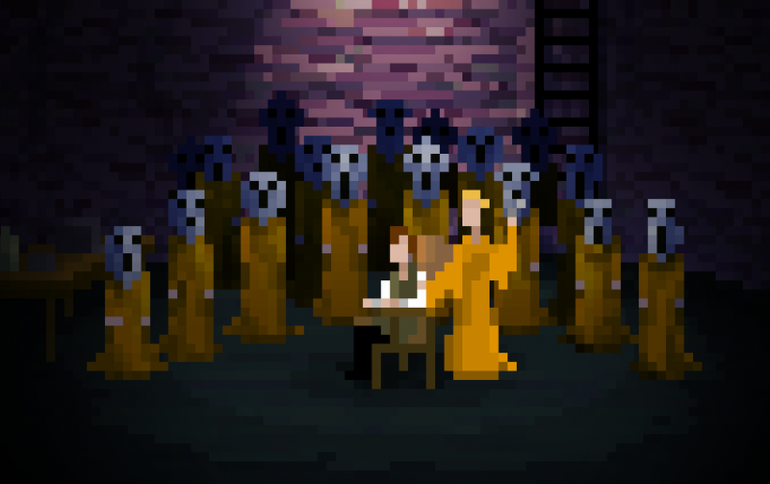 During the 80’s and 90’s video games would be displayed on old CTR monitors. Technology at the time is limited compared to what we have now. But back then, these are what’s considered sophisticated and advance. At the time video games are drawn electronically on the screen with flat 2 dimensional sprites moving across the screen, either controlled by the game’s A.I. or by the gamer. These 2 dimensional sprites are good examples of Pixel Art.

Pixel art is a kind of digital art that emerged in 1982, first coined by Robert Flegal and Adele Goldberg. But the concept dates back to 1971 at the Xerox Palo Research Center. The difference between pixel art and other forms of visual art that involves pictures is that its not quite as detailed as the other forms. Instead of smooth curved edges, you’ll notice slight jagged squarish edges. Digital artist today would draw the images by coloring each pixel one by one or by using a square-shaped brush. It is considered cheating, however, when one

uses software to convert highly detailed images into a “pixelated” one via image filters. Artist must be able to draw the image manually.

In the past pixel art is widely used in computers and video games, though they are also used in other purposes, such as advertising. When the 90’s arrived, 3D graphics became a thing and most developers switched to using 3D in all their games for the main video game consoles and desktop computers. Pixel art took a backseat and remained in the lesser known games that exist in portable handheld consoles and mobile phones. The reason for it to continue thriving in portable devices is that pixel art filesize is small, depending on the image dimension. This makes it appropriate for the limited memory space of portable devices. When Android and smartphones were invented most games that first appeared in the platform were 2 dimensional and uses pixel art. Pixel art was also kept alive by fans of the style. Many of them would draw pixel art as a hobby, mostly for the nostalgia of their audience who grew up playing 2 dimensional video games. Online communities that are dedicated to pixel art sprang up in the 00’s.

Pixel art is seen as a kind of a reaction to today’s 3D graphics-dominated video game industry. Though 3D became more realistic as time goes by, some independent game developers still choose to create games in 2D using pixel art. Many retro gaming fans sees this as some kind of revival for pixel art and as an attempt to return to the golden age of video games that came before 3D graphics. Major game developers soon recognized this movement and today, pixel art has made a proper return to major video game consoles, more than 20 years after it was first overshadowed by 3D.

Featured and 1st image by The Game Kitchen [CC BY 4.0 (http://creativecommons.org/licenses/by/4.0)], via Wikimedia Commons