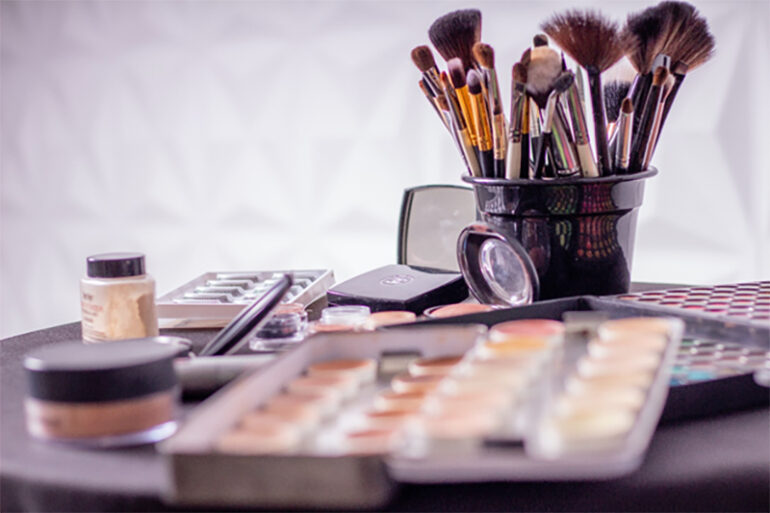 Cosmetics or more commonly known as makeup has turned into an industry that has amassed into a multi-million-dollar that controls several different sectors in the market. Traditionally, makeup was created to enhance or highlight one’s facial features and was reserved only for the elite. With time, cosmetics have become the norm, and wearing makeup has become a part of daily life and is usually expected or required for work. However, in this day and age, cosmetics have become something more than just a step to get ready for the day and into an art form that can be used to express oneself.

Makeup was first created in ancient Egypt approximately 6000 years ago, where it was used as a status symbol for those who are well-off and to appeal to the gods that they worshipped. Other than the records of ancient Egypt, there were also mentions of cosmetics in the Bible even as early as the Old Testament. During the Renaissance era, there was a surge in intrigue and interest in vanity leading people to seek products that lighten their skin or dye their hair. However, it was only in the 1920s that makeup started to become widely accepted and as a result, become highly advertised and gained interest from manufacturers to be mass-produced.

The allure of makeup is undeniable and can be one of the main talking points during a conversation. While views on cosmetics can tend to vary from person to person, the general consensus is that it is a skill that takes copious amounts of discipline to learn and perfect. Moreover, makeup has accumulated such a large audience in the past few years that there are now influencers on social media who build their careers by doing reviews, tutorials, and the like for makeup. In addition, companies have been seen putting effort towards creating cosmetics that are inclusive for people of all shades.

Much like any other form of art, there are a set of basics that are always followed. A common comparison drawn is between painting and makeup, where the face becomes the canvas, and the makeup becomes the paint. And similarly, to paint, putting on these products has a specific order. While the order of these products can be looked up with a simple search, it is gauging how much of each product is needed where the struggle becomes apparent. Other than the amount of product/s needed to be used, control and dexterity are another set of skills that only come after putting in the effort to improve proficiency.

Makeup has come such a long way from when it originally started. First being used as means to pander and worship gods to today where it has become its own form of art with millions of people closely following the influencers that set these trends. It is safe to say that there is a larger appreciation for cosmetics today compared to how it was perceived only a few years ago as a small step that is a formality that just comes as a part of the job description.

1st and featured image by: https://www.pexels.com/photo/makeup-brush-on-black-container-1115128/