It was one of the greatest mysteries in Western Art: a 19th-century portrait of a woman’s hairy genitalia titled “L’Origine du monde.” Visitors all over the world who have seen it are mystified by the image because this painting was considered exceptional compared to the number of nude painting that came before and after it. If Gustave Courbet’s intention was to shock people, he certainly did it well. Though if you think about it with a more modern perspective it isn’t really that shocking: nude art these days are dime a dozen and can range from artistic to downright obscene and pornographic.

While it raised quite a few eyebrows (and probably excited the few men who had the privilege to see it) experts found themselves questioning the identity of the woman in the painting. Which loose woman would let herself be immortalized through a painting of her genitals? Initially, experts thought it was the artist’s lover, a woman by the name of Joanna Hiffernan, an Irish model with red hair. Her hair color, however, didn’t match the black bush on the painting so that theory was held floating until some other information could be found. Finally, it did.

Last Thursday, it was reported that the woman’s identity could be none other than Constance Queniaux, a ballet dancer from Paris. She was the mistress of the diplomat from the Ottoman, Halil Şerif Pasha, also known as Khalil Bey.

The true details of the painting’s origin came from the correspondence letters between Alexandre Dumas fils and George Sand. The painting was found to have been painted in 1866 by Courbet, commissioned by none other than the Pasha himself for his personal erotica collection.

Claude Schopp, the historian who made the discovery, told in an interview how he found it while reading Dumas’ letters. “One does not paint the most delicate and the most sonorous interview of Miss Queniault (sic) of the Opera,” one letter says. He made a mistake at the time: “interview” was actually “interior.” After finding out this discovery, he shared it with Sylvie Aubenas, head of the French National Library’s prints department. Aubenas thought for sure that it was referring to Queniaux as the model for Courbet’s “L’Origine du monde.”

The story was that Queniaux was 34 at the time the painting was made and after her life at the Opera, became the mistress of Halil Pasha, and was competing with Marie-Anne Detourbay, a French courtesan of the 2nd Empire who had relationships with a number of famous men. The events took place before Marie eventually married Count Victor Edgar de Loynes and gained the title of “the Countess de Loynes.”

The Lady and The Pasha 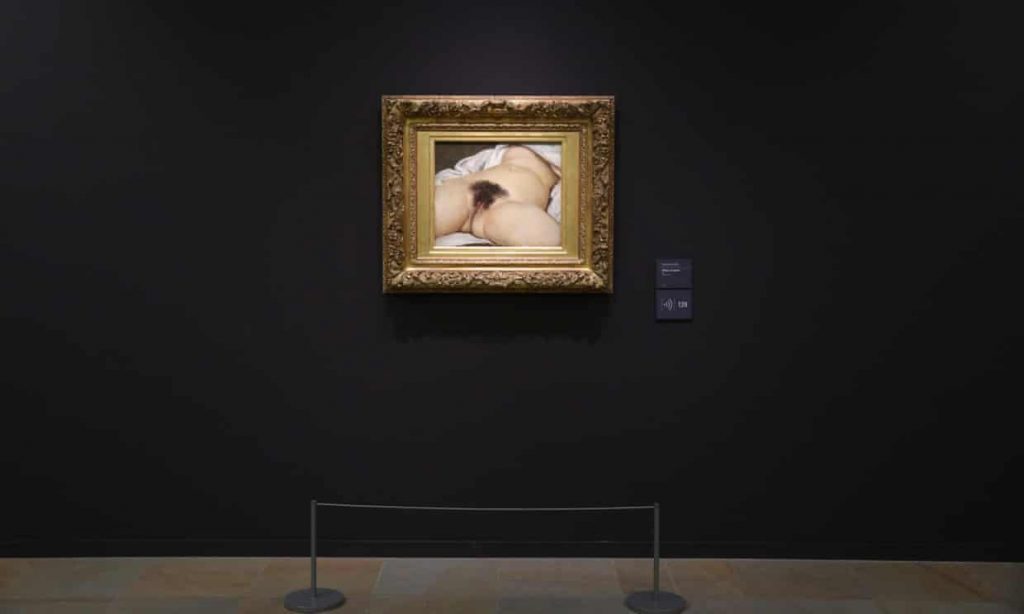 Queniaux was a philanthropist and it is believed that the reason her connection with the painting was forgotten was that of her philanthropism. Born in Saint-Quentin in 1832, she grew up in poverty under the care of her mother, Marie Catherine Quéniaux. She joined the Paris Opera in 1847 when she was 15. After a while, she also became a courtesan to increase her livelihood and that was when she first met the Pasha. The Pasha was a member of a Turkish-Albanian family from Greece. He was an art collector and was said to have his own collection of erotica. He was a Muslim and a very open-minded one, whose art collection was said to be the first ever by a Muslim.

His collection included Le Sommeil,  L’Origine du monde, Le Bain turc, and The Women of Algiers. The Pasha eventually sold his collection when he went on to become an ambassador to Vienna in 1868. In 1877, he eventually married Princess Nazli Fazl. The Pasha died in 1879 for unclear reasons. Queniaux outlived the Pasha and died in 1908 at the age of 76.