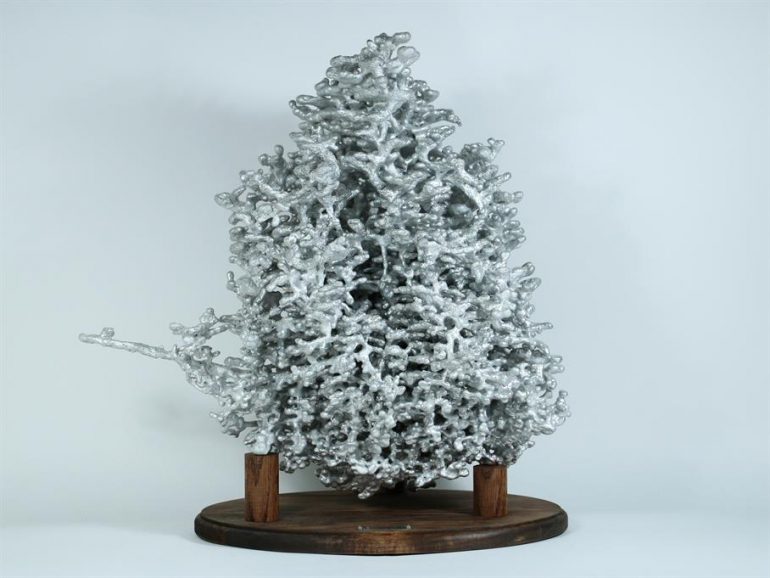 One of the weirder art that gained some attention after the 2000’s was Anthill Art, which are metal casts of wild ant colonies, usually of fire ants. Other ants’ anthills were used but they can’t compare with the size and volume of the fire ants’ colonies. It was started by a man named David Gatlin who started the website, Anthill Art.

How is it made?

Anthill Art is made by pouring molten metal into an anthill. They first locate a suitable ant hill and then they’ll melt some aluminum. While the aluminum is melting they have to surround the ant hill with sand to prevent the aluminum from spilling over outside the ant hill. Then they pour the molten metal into the anthill and keep pouring until the metal is close to spilling over the edge of the sand covering. Then they stop pouring until all the metal sinks into the anthill and starts pouring again when there’s space for more. After the anthill is filled with hot metal they’ll let it cool underground. Obviously, this will kill all the fire ants and everything else inside the anthill.

When it is cooled they will start digging the cast out of the ground as carefully as they can so they won’t damage the cast. When they’re finished, they will clean the anthill cast by using water and carefully brushing off the remaining earth and any material that’s stuck in the cast. When it is clean and dry, the cast will be set upside down on a wooden base for display. While aluminum may be the metal used, Anthill Art, the company behind these Anthill works, have used other metals in the past.

The whole cast looks like some weird shiny miniature Christmas Tree and for a good reason: fire ants build their colonies that way, full of rooms, compact, yet large and goes down deep. No two anthills are the same. Anthill Art has used other ant species before, resulting in differently shaped works.

David Gatlin, the person behind Anthill Art, started the website in November 2013, by then he already has made 7 casts before that are all up on eBay. The videos they made quickly became viral and he started receiving a lot of orders for anthill casts. His Youtube videos show how he made some of his projects with a few of other non-anthill casts that he has made.

In an interview with the Business Insider, he said that “large colonies probably have thousands of… tunnels and chambers.” According to his website, he found that, in 2014, there are 300 requests orders for his work and he admitted that it will take probably years to finish it all up. With that said, he eventually stopped taking in all new requests while he’ll be working on the 300 existing ones. No news how far he’s done with this backlog. Anthills can form fast but casting molten iron into them is faster and it is possible to run out of anthills to cast. 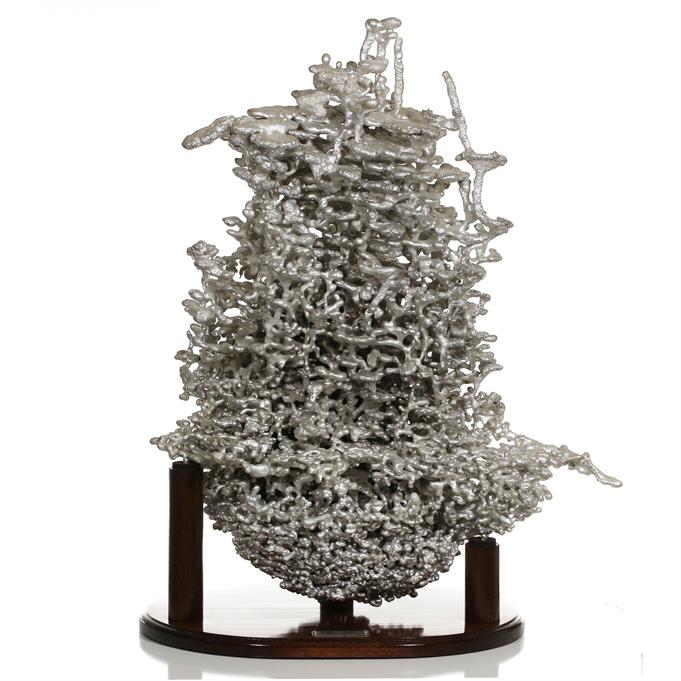 So far the only other things he tried to make an iron cast of were mushrooms, seashells, and fish skulls. It’s not clear if he’s now taking any request as well for taking a cast of other stuff, however, all his creations are on sale in the website for anyone who wants them. Also on his website are more videos of the casts that are being sold. His last exhibits were on 2016 and haven’t exhibited any of his work since then.

Which is a shame because the anthill casts are very nice to look at, and because each anthill is unique, each work is unique. A beauty of nature that has always been hidden underground.