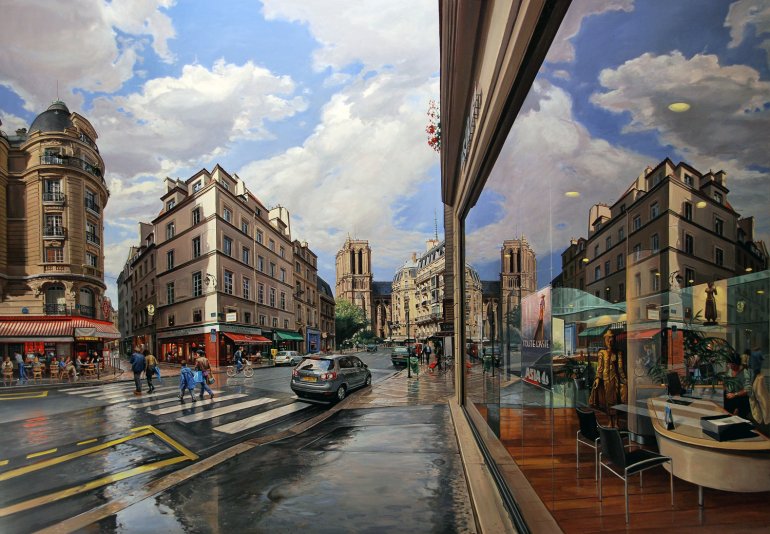 Around the time when people are starting to get handy with photography and artists realized the potential for photography as an art form, some art enthusiasts feared that photography might replace painting and scoffed at photography, denying its merits.

However, photography also made artists realize that there is a way to imitate the sharpness of the images we see in real life and print it on paper. But how can you maintain an image long enough for you to paint it in detail that can match photographs? The answer: print an image or a photo and paint that! Because of this artists don’t need models to hold a pose for eternity. Such things now only happen in schools where art is taught. For that everyday modern artist, a photograph is enough. It sounds crazy but because of this, paintings with great details could exist and “Photorealism” as an art movement was recognized.

That is how hyperrealism in painting and drawings turned out. It was different for sculpture. Sculpture’s hyperrealism goes back to the days of the great classics, as far back as Michelangelo’s David, where every sculptor who is worth their salt is trying to turn every stone into flesh.

Let’s take the works of one Antonio Corradini as an example. You’d think that trying to carve marble was hard enough. But his best work, Modesty, completed shortly before his death in 1752, is unbelievably detailed. The individual roses, the thin cloth’s individual folds over the eyes and mouth, and every detail of the woman’s body were carved into the marble so skillfully.

Closer to our time, Tom Eckert, a wood sculptor, achieved hyperrealism by painting and laminating his wooden creations. Yes, even the cloth is made out of wood, but looks so realistic. His works have been featured in over 170 exhibits since 1966. In his website, he greets visitors with details of how he works: “My sculptures are formed entirely of wood and then painted.  I use traditional processes to carve, construct, laminate and paint my pieces.” 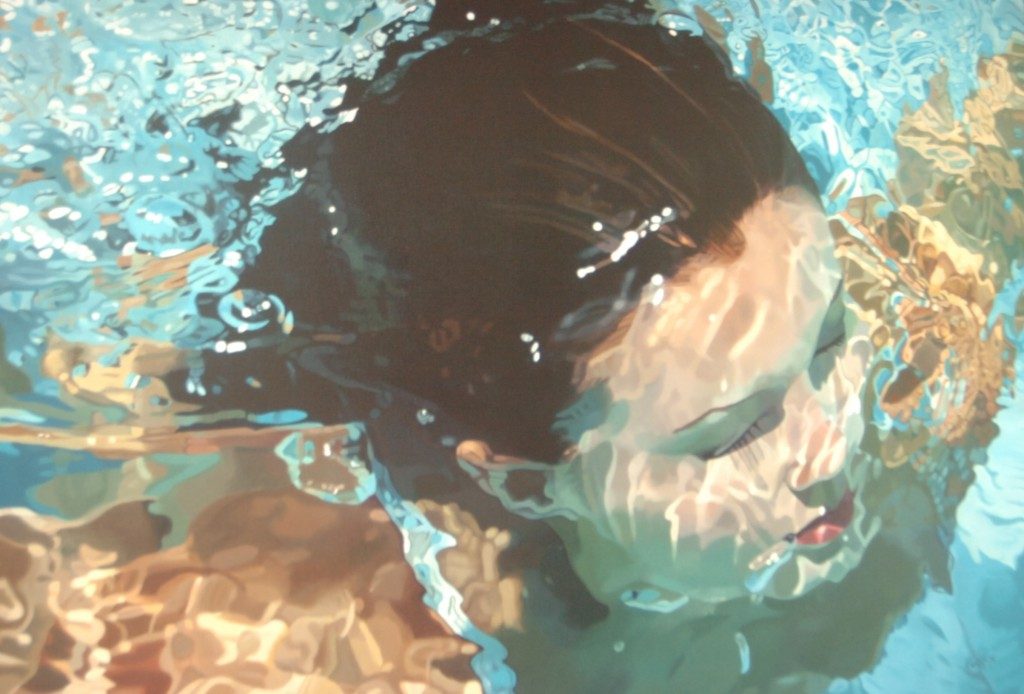 “Hyperrealism” as a movement came to be recognized around the 60’s and the 70’s, though as mentioned the art form of “trying to be as realistic as possible” has existed long before. People might recall Vermeer and his alleged use of a Camera Obscura as an example, though one may argue that this is more “photography” than photorealism. However once can counterargue that in the end, Vermeer still needed to paint the traces outlined on the canvas. There are no inkjet printers back then. As for sculptures, hyperrealism has always been the goal of classic works of art, though postmodernist art now favors the abstract and surreal.

It was Isy Brachot, a Belgian art dealer, who first coined the term as the title of his 1973 exhibit in Brussels. At first, it was used to refer to the photorealist movement that sprang from the US in that era. Photorealism grew along with the other art movements at the time (Abstract Expressionism, Pop Art, and Minimalism), but while those three displayed images that are readily discerned as “unreal,” photorealism aimed to have the same sharpness and detail as that of photographs.

Photorealism has many American members: Chuck Close, Richard Estes, and Audrey Flack just to name a few. As an American art movement, it also has a lot of European members as well: Dianne Ibbotson, Michael English, Graham Dean, and Claude Yvel for example. Today, many of these movement’s members are still alive and active. Hyperrealism as a movement is still less than a hundred years old, after all, and it would definitely see more artists and works in the future.