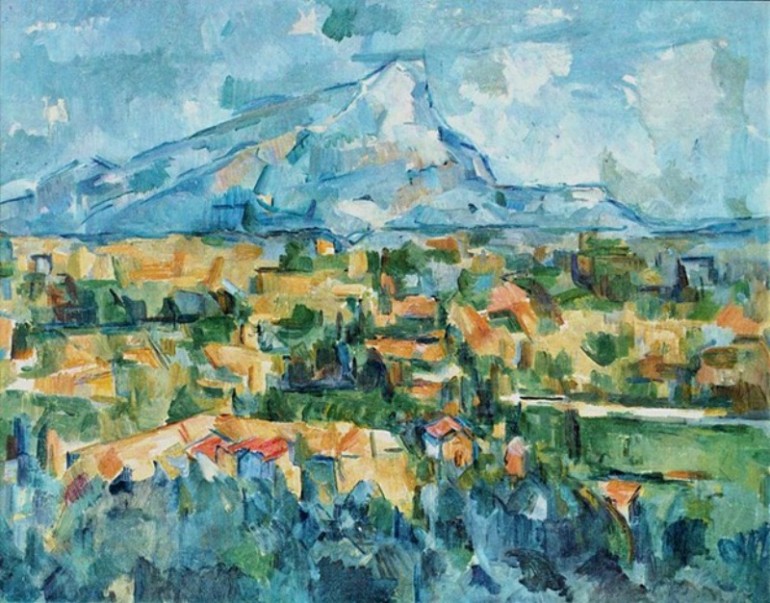 Paul Cézanne was another 19th century artist. He was a shy man who mostly worked in Aix-en-Provence where he was born and raised. He was a gifted painter who was ahead of his time that is why his work was often misunderstood. He moved to Paris when he was young and pursued a career in art, although his father wished for him to take up law.

He was a modern artist and his works became the precursor for new art movements – Fauvism and Cubism. Cézanne was not one to do work en plein air. He mostly worked inside a studio. His works were characterized by their dark tones.

Just like many other painters before him, anything that is new and undefined outside of academic art did not receive much acclaim and recognition. He became highly regarded after he mounted his first solo exhibition and later in his life. The shy artist did not form close friendships with his fellow artists.

Still, he provided inspiration to many modern artists. Paul Cézanne was labeled a Post-Impressionist. His early works around the 1860s, although dealing with classical and romantic themes, were diffused with dark colors. His brushwork was expressive, much like the style used by Eugène Delacroix but styled with much vigor with the thick layers of pigment more often than not applied with a palette knife and his tendency to use dramatic contrasts in color tones. He was also inspired by the works of Manet and Courbet.

Paul Cézanne’s style was modern and his technique avant-garde that is why art patrons, critics and fellow artists misunderstood him for several years. Even the Impressionists, who they themselves, broke away from academic art, were not in favor of his method and progressive style and even worked on banning Cézanne from Impressionist exhibitions for they regarded his compositions as too controversial at that time.

Cézanne was clearly not an Impressionist like many of his contemporaries. The Impressionists employed quick, short brushstrokes, often using pure color pigments in an attempt to capture the effect of sunlight on objects. Tonal contrasts were achieved with the use of darker pigments rather than mixing or diluting them. Most of them likewise painted en plein air.

Most of Cézanne’s paintings showed layers of thick paint as well as undefined forms. He wanted to simplify things into shapes that he could break down. One of his few close friends was Camille Pissarro, an Impressionist painter whose en plein air painting style had some influence in Cézanne’s works. On the flip side, Cézanne influenced several modern artists such as Pablo Picasso and Henri Matisse. 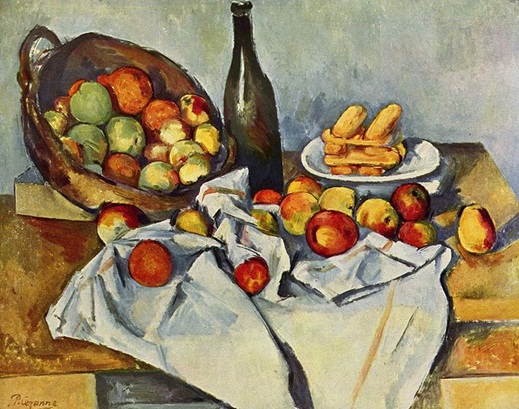 Paul Cézanne, who was born in Aix-en-Provence in France on January 19, 1839 was from a wealthy family. His father was a successful banker and his parent fully supported his career. While still in school Cézanne met and became very good friends with Baptistin Baille and Émile Zola. Baptistin Baille became a professor of optics and acoustics at the École de Physique et de Chimie Industrielles in Paris while Émile Zola became a very influential French novelist.

Cézanne met his mentor and later his friend, Camille Pissarro, when he enrolled at the Académie Suisse for art lessons. However, when he was not able to find work in Paris after five months, his father urged him to return to his hometown. He met several failures as an artist along the way but continued to work and submitted many works to the Salon Jury. Around the early 1860s he also met and became good friends with another Impressionist painter, Claude Monet.

In the early 1872s he was living in Pontoise, France, where he spent time painting outside with Camille Pissarro and eventually met one of the great admirers of his work, Dr. Paul Gachet, who provided him with living space at his home in Auvers-sur-Oise from 1872 to 1874.

It was during these years that Cézanne and Vincent van Gogh met and he exhibited his works at the first Impressionist showcase in 1874. It was not a successful outing as the works of the Impressionist were highly criticized. Cézanne’s work was likewise criticized by his fellow painters.

He was again unsuccessful when he showcased 16 paintings at the Impressionists’ exhibition in 1877 and he vowed not to join them again. He went back to working inside a studio and no longer believe that painting should be done from nature. His interpretation of his friend, Émile Zola’s novel, L’Oeuvre caused them to have a falling out in 1886. The broken friendship was never repaired. At this time he also inherited a large estate from his father and did not have to depend on his paintings to make a living.

Cézanne held his first solo exhibition in Paris in 1895. Noted French contemporary art dealer Ambroise Vollard bought all his works. Afterwards, Cézanne went back to his hometown and stayed there permanently.