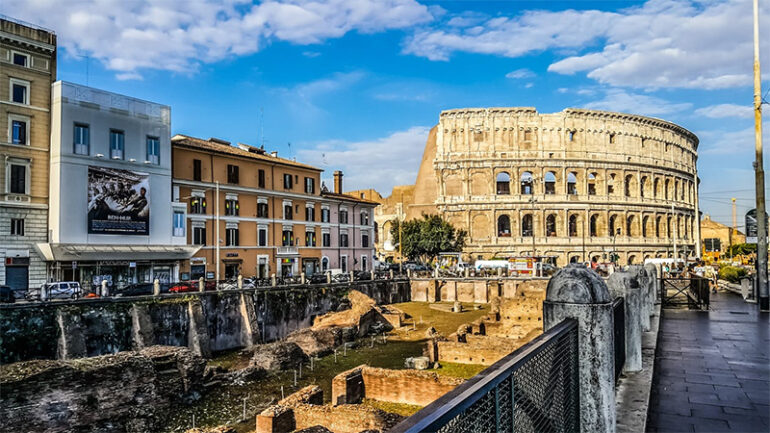 When Roman architecture is being discussed people are most likely referring to the techniques and styles being used from 509 BC to the 4th century AD. This architectural style also called other names like Byzantine or Late Antique architecture. The footprint left behind by Roman architecture is definitely something that is hard to fill as they have introduced so many technologies and innovations that are still being used and studied up until today. So here is a list of a few of the different advancements the Romans made.

The Romans did not introduce the concept of using arches in architecture, but what they did do it perfect this technology. These large arches were able to support the whole weight of rooves without the need or support from pillars. To add, it was also the perfection of these arches that was able to make making the bridges and aqueducts the Romans build possible in the first place.

The Roman baths illustrate the full capability of this architectural style. This is because it uses nearly if not all the elements that make up Roman architecture. To list, vaults, domes, and arches. It was noted that in the larger bath houses there were even accounts of pools, libraries, and even hot water. The design of the exterior of these bath houses were admittedly plain. And comparing the interior feels like night and day because inside statues, mosaics, and columns would be found adorning the design of the complex.

Amphitheaters are large structures that have a stage at its center. This technology was again not introduced by the Romans, but the Greeks. The main difference between Greek amphitheaters or theaters to Roman ones was that the Romans designed it to look more a like a semi-circle. Additionally, the material used for most amphitheaters was stone. Lastly, they also made a distinction from the Greeks by using enclosed spaces instead of open spaces as seen in the Roman Colosseum.

Although seemingly unimpressive compared to their other technologies, it cannot be understated how revolutionary the roads were during the time of the Romans. They had a large network of roads that was connected to Rome all the way Brindisi. And these roads were even used under a 1km long tunnel that connected to a military base.

To show the Roman’s adeptness in architecture it was common practice for triumphal arches to be built to celebrate events such as military victories. Earlier examples of these arches allowed passage under the structures but were then later remodeled to have stairs incorporated into the design in order to give more protection to the structure.

1st and featured image from https://www.pexels.com/photo/ancient-architecture-arena-buildings-532263/