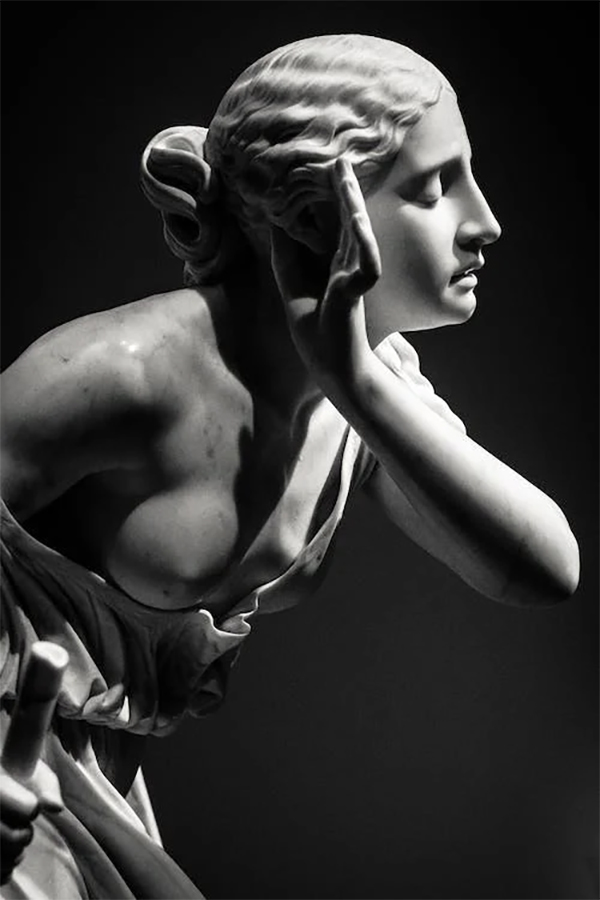 A sculpture is a three-dimensional work of art that can be made from almost any kind of solid material. One common misconception about sculptures is that they must come from a block of stone or marble. However, sculptures can also be comprised of pieces of scrap and metal put together. Sculptures are most commonly seen in public places or museums used and are used to create interest within the public eye. And they create such interest because of the still nature of sculptures, where one can place all their attention on the expression or message a subject is conveying while also being affected by other factors such as light and shadows of the space it is placed in.

The first record of sculpting is said to be from approximately 32,000 B.C. when it was found that civilization at that time would create functional or utilitarian objects that were decorated with sculpted forms. In addition, it was also said that ancient civilizations would make forms of humans or small animals sculpted out of materials such as stone, ivory, or bone for what is suspected to be religious or spiritual beliefs. Moving on, perhaps the most well-known for their sculptures, ancient Greece, and Rome, is famed for the dominance of the human form as a subject for sculptures, coupled with their attention to detail for naturalism.

One of the first styles of sculpting can be traced back over 25,000 years ago, in the caves of eastern Europe, called relief sculptures. This type of sculpture is characterized by being chiseled or cut into a material and giving it depth. Another kind of sculpture is carved sculptures which are most synonymous with religious figures that are used for ceremonial purposes. The sculpture in the round is what most people associate with or think of when imagining a sculpture. These types of sculptures were created with the intention of being viewed from any angle hence, the name.

When thinking of famous sculptures, there are a few that immediately come to mind. And one of the first would always be “The Terracotta Army” which was discovered in 1974. These sculptures were created with clay and found buried near the tomb of the first emperor of China, Shi Huang. Another notable sculpture is David by Michaelangelo. Unknown to most, Michaelangelo did not actually was not the sculptor that began the project, it was another sculptor named Agostino di Duccio, however, he had not continued the project, and twenty-five years after di Duccio stopped working on the statue, Michaelangelo decided to finish the sculpture.

Sculpting has remained one of the most difficult mediums of art that can be found even today. A single sculpture can take years and years before even being finished. Moreover, it takes a steady hand, a grand vision, a curated set of skills, and years of experience before an artist would be comfortable taking any commissions. While sculptures were created mostly only for art, there were also sculptures that depict different points in history. And for these works to depict historical or religious figures, shows just how much trust was put into these artists.

Art In Context. (2022, May 10). Types of Sculpture – Explore the Different Forms of Sculpture That Exist. https://artincontext.org/types-of-sculpture/