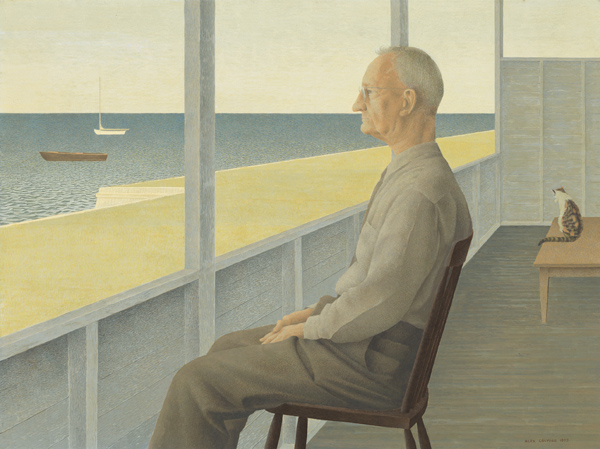 Surrealism is one of the main avant-garde art movements of the 20th-century art scene. This art movement evolved from former Dada movement members who were active during World War I. Spreading out into the mainstream during the 1920’s and 30’s, the goal of surrealism was to “resolve the previously contradictory conditions of dream and reality” through different art forms “by releasing primitive urges and imagery.” As you can guess, many of the surrealist artworks are “surreal”: intense, irrational, dream-like, weird, and fantastic. Basically, it is the artistic representation of the artist’s idea or feeling. It doesn’t need to be comprehensible. And to all that adhere to the art of surrealism, surrealism is more than just art, literature, politics, etc. Surrealism isn’t constricted by a singular style or medium, which is the reason why it gave birth to an outstanding number of avant-garde artists, whose style and idea of art was beyond their time. It is “creativity from the subconscious mind,” that is derived from anything the author, musician, performer, or painter can think of.

That is not to say that the artist can’t make up their own rules about how to create an unrealistic, dream-like work. For example, you have a realistic themed piece of work in front of you, be it a story, a painting, or a statue, and you want to turn it unreal, or surreal. What do you do? If your answer is “to add unreal elements that can make it look more magical or fantastic,” then you’ve entered the world of Alex Colville and Magic Realism.

One of the most important modern artists during the 1950s and 60s, Alex Colville is a Canadian-born painter who focuses on Magic Realism, an art movement similar to Surrealism in that they both have elements of a dream-like, fantastic, and unreal work of art, but magic realism doesn’t start unrealistically, rather, it is a realistic artwork or literature that has unrealistic elements in it.

He was born in Toronto, Canada but eventually moved to Amherst, Nova Scotia where it was said that the landscape and the environment had an effect on him. He studied at Mount Allison University in Sackville, New Brunswick from 1938 to 1942 with Stanley Royle. There, he was introduced to Post-Impressionism, which led to Neo-Impressionism. He was also exposed to the works of Georges Seurat. 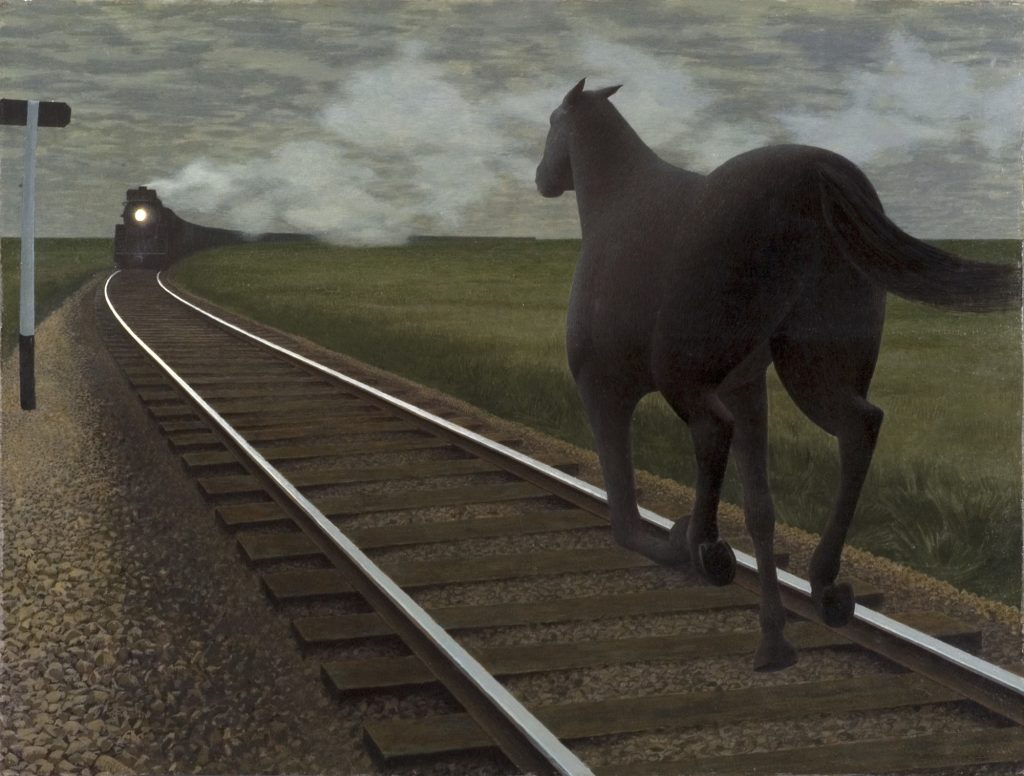 This style, which is related, but distinct from Surrealism, was coined by Franz Roh, a German art critic, in 1925. The difference between the two is that the focus of Magic Realism is centred on the actual existence of real things, unlike the dream-like landscapes of Surrealism. There are fantastic elements, but their existence is explained and is presented as something real. This movement became popular, drawing in fans like Andrew Wyeth, Rene Magritte, and Paul Delvaux.

In Colville’s Horse and Train, for example, the horse and the train are both real, demonstrating the focus of the two’s existence. However, the idea that the horse is running towards a train provides the fantasy, when in reality horses would most likely run away from the oncoming train’s path. As mentioned earlier, Canada’s environment had an effect on him and you can see it here, in the form of the grey sky. Another example is the Man On Veranda, painted in 1953. The man, the cat, and the boats exist. But how the boats got there, when they were obviously unmanned, floating over a calm body of water is a mystery.

On July 16, 2013, Colville died while suffering from a heart condition. He was 92 then. His wife and second son both died a year before him.