Like many eras in the past, Renaissance proved to be one of the most interesting periods when it comes to arts and music. The era was greatly affected by political movements which was also reflected through the masterpieces created during this period.

Florence was a republic city that had a constitution with limited power both for the nobles and laborers. This gave a balance across all groups to ensure that there would be equal political control over the city. The power mostly resided in the middle-class merchants and a few wealthy families which included the Medici, considered to be the patrons of art.

With the continuous development of the city, and the growing number of wealthy people, which included upper class merchants and bankers, the deep desire for life’s pleasure increased as well. Florence, was being viewed as an ideal city, where individualism and freedom were both guaranteed. Unlike in Milan, where Dukes held the absolute power. Florence got into a struggling period with the Duke of Milan and they temporarily lost its freedom.

Fortunately, Florence won its freedom back after the Duke of Milan died of plague  in the year 1402. Another threat came to Florence, between the period 1408 and 1414 where the king of Naples tried to take over the city. But he died even before conquering Florence. A city that grew stronger, Florence finally got the courage to fight a war against the son of the Duke of Milan and defeated him in 1425. The war won against Milan served as a sign for Florence that God favored and protected them.

In the 15th century, Florence grew proud of their government, and inspiration and respect were given to individuals as the city continued to strive.

Renaissance art which included painting, sculpture and decorative arts emerged and reached its pinnacle in the 15th century and early 16th century, which were headed by Leonardo Da Vinci, Raphael and Michelangelo. These artworks and masterpieces expressed a classic Greco-Roman tradition which intended to capture individual experience, mystery and beauty of the world’s nature. 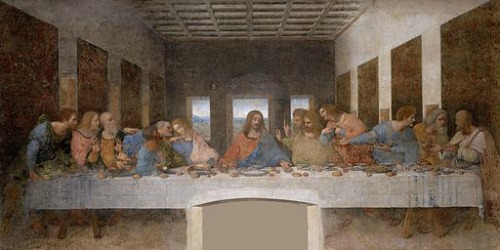 During the end of the 15th century, Florence was made the center of Renaissance art. This period of high Renaissance was led by art masters Da Vinci, Michelangelo and Raphael. Da Vinci, who was considered to be the “Renaissance Man,” known for his intellect, talent and interest, created the famous “Mona Lisa,” “The Virgi of the Rocks” and “Last Supper.”

With all these, it has been proven that Renaissance period left a good mark in the world of Arts. It would remain to be influential through generations and generations of artists.