As opposed to Impressionism, Symbolism is both an artistic and literary movement that suggested ideas through symbols which emphasizes the meaning behind the forms, shapes, colors and lines. It is also believed to be the forefront of modernism since it developed new and abstract means to express psychological truth.

The beginning of Symbolism

Symbolism was first used in 1886 by Gustave Kahn and Jean Moreas. These writers rejected Emile Zola’s Naturalism and favored the subjectivity of the poets Stephane Mallarme and Paul Verlaine.

It echoed the sentiments of Post-Impressionism which lamented the spiritual decline of the modern world. Additional sources were from the personal vision of painter and poet William Blake, the aestheticism of the Pre-Raphaelite Brotherhood and the poetic allegorical moody dream worlds by Edward Burne Jones.

It is considered to be a reaction against the moralism, rationalism and materialism of the 1880’s. Artists felt the needed to go more than naturalism and symbolism became their mode of escape.

The relationship between love and marriage was questioned and so was religion. Artist felt that they were being isolated. However, the religion played a major part in the development of Symbolism as it reflected the anti-materialistic beliefs that were connected with mysticism. Their interest in the occult, along with the morbid and perverse, where related to this concept.

The Symbolists artists emphasized the idea of art for art sake.

Symbolism and its relation to synthetism 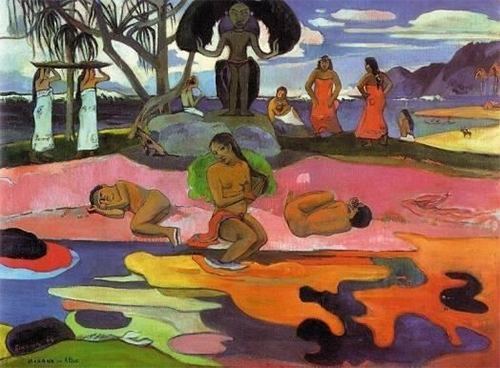 Synthetism is necessary to understand the Symbolist aesthetics. Artists who practiced Synthetism can combine different elements from the real world and other works to create a new reality. Visual artists emulated the characteristics of music. They use musical method of organizing composition which repeats elements that unify their work. Symbolists put inarticulate experience into an apprehensible sensory form.

Symboolism and its relation to Art Nouveau

Art Nouveau is considered to be a sub category of Symbolism. Art Nouveau and Symbolism overlaps when it comes to the subject matter, however, Art Nouveau uses a more ornamental style which is based on organic form such as furniture, jewelry and the likes.

Most people, especially scholars, vie Symbolism as an attitude rather than as a movement. Most late 19th century, Symbolists experienced sociopolitical and moral upheaval which resulted to spiritual, mystical personal and obscure symbols and subjects that related to the perceived decadence of the period. Most of the artists shared the vision and arising visual sources. In France, Symbolism was used to describe the phenomenon.

Featured and 1st image from http://www.tendreams.org/symbolism-art.htm