Tumblr, in so many ways, is similar to 4chan: each person has the freedom to create any blog they so wish and are limited only by a few rules that adhere to the general laws. For sex workers and erotica artists, this seems like a godsend. Now they can start their own blogs for free and they can use that blog for work too. Tumblr has a lot of erotica content, ranging from softcore to hardcore, catering to a wide range of genres.

Or at least they used to. Because by December 17 of this year all that content will be removed from the site. What made Tumblr one of the vanguards of expressing sexual freedom is now removed due to the platform being found containing child abuse material.

It all started when Tumblr’s CEO, Jeff D’Onofrio, posted this update in Tumblr’s blog. Titled “A better, more positive Tumblr” he gave the news that Tumblr will no longer let adult content and explicit sexual material be hosted on their platform and has since updated their community guidelines to reflect the new changes. In the new policy, people are not allowed anymore to “upload images, videos, or GIFs that show real-life human genitals or female-presenting nipples.” It also adds that any image that shows sexual acts is also banned from Tumblr and there is no distinction between real-life or drawn images. Only “artistic, educational, newsworthy, or political” nudity will be allowed and that Tumblr will be the arbiter of that.

Jeff D’Onofrio continues that Tumblr is taking this stance because they don’t want to see any more content that may be harmful to minors. The new policy will be zero-tolerant and that they will be working closely with law enforcement, as well as the National Center for Missing and Exploited Children and the Internet Watch Foundation, to monitor the site for harmful content. The blog post said that they have given this a considerable amount of thinking and have come into a decision to ban adult content from the site entirely and ask those who use the site to create or contribute adult material to go elsewhere, while they concentrate on making the site have a more welcoming environment. 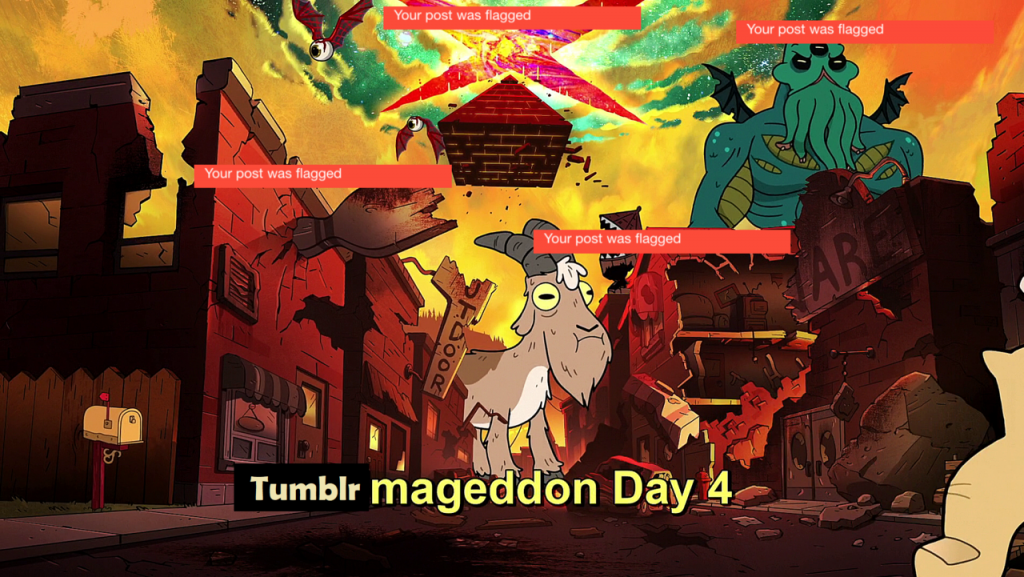 Two weeks before, this Apple’s App store took down Tumblr’s app cited hat the company has detected the presence of child pornography on the platform. Tumblr said that they will quickly try to resolve this problem, then released a statement that says that Tumblr does indeed scan every upload against an industry database that has known child sexual abuse material. But the scanned proved to fail if the material uploaded is brand new, meaning that it doesn’t belong in an industry database. The offending material was quickly taken down by Tumblr from public view and they may have also surrendered the material to the authorities.

Naturally, when Tumblr posted that they will no longer allow sexual content on the website, many people pointed out that the decision is quite unfair. The LGBTQ+ community is hit hard the most because they’re also the biggest group that generates the most sexual content on the website. Sex workers who made their business in Tumblr are also affected and are protesting the decision as well. Erotica artists, whose blogs and works were banned off Tumblr has since migrated to other sites: Pixiv for Japanese artists and Newgrounds for western artists.

Now that Tumblr will start banning adult content a lot of people are theorizing that this may be the end of Tumblr. While such a claim may be pretty far-fetched, it doesn’t change the fact that Tumblr drove away a lot of unrelated people, not just the paedophiles, who were the offenders in this incident.