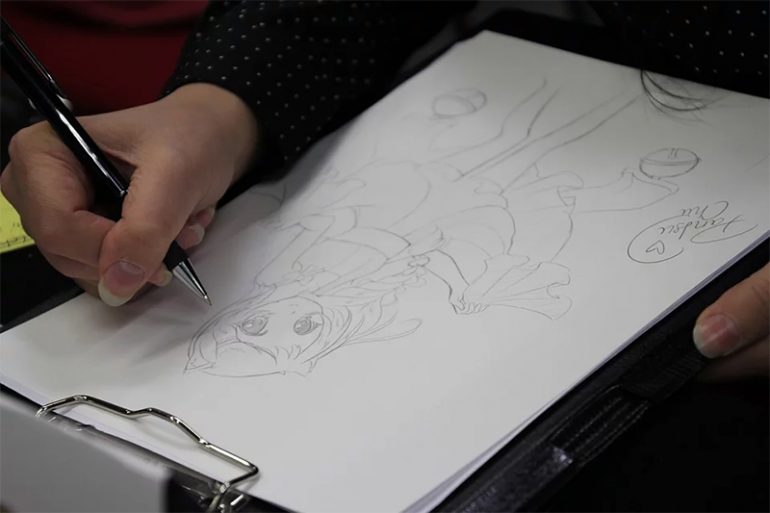 For most of us, comics have defined our childhood. One must have grown up reading superhero comics, while another grew up with Japanese manga. It doesn’t matter what iteration comics come in; it’s about the content that matters.

However, times have changed as digitization has made everything more accessible than before. As much as it pains to admit it, but print media is slowly dying because of this change. This fact affects manga sales, but that also means that the webtoon continues to be on the rise. What is the difference between the two, anyway?

The Japanese comic appears on print in black and white, with the text read horizontally. Children who grew up on anime must have read and completed a manga or two in their lifetime. Sometimes, the manga provides storylines that were not part of the series. Most of the time, the manga is canon than the anime. In short, it is one of the gateways of foreigners to Japanese culture. They learned how to read like the Japanese do because of manga.  However, since most manga still comes in print form, it becomes a challenge for avid readers to keep track of the next publication. Non-Japanese people will have to wait longer for English scans uploaded on the Internet. The scans can be hit or miss due to the quality of the uploader, making meticulous English readers wait even longer for high-quality versions of the latest chapter.

This Korean comic is digital in format, as the name implies. What sets it apart from manga is that the illustrations come in color and read vertically. Its presentation makes it easier for smartphone users to read them since all they need to do is scroll down until they reach the last page. Webtoons are not just for smartphone users, as those who use computers can read it with no worries of missing out on text that is too small. It is no wonder why the so-called ‘digital natives’ prefer this comic format than the traditional manga.

Although one’s innovation leads to another’s improvement, that doesn’t mean we should eschew one for the other. The most important thing about reading comics is the content, with artwork as the next or whatever your criteria might be. Avid readers of both works can tell you that webtoons usually have a lighthearted content while manga offers every theme under the sun. Since webtoons are more for casual reading, most of its stories should be easy to understand. Manga can tackle complex and difficult topics, which can also reflect in the artist’s work.

It is up to the reader what they feel like reading, but there are plenty of options out there. We are not limited to our superhero comics, graphic novels, or Japanese comics anymore. The world of technology has brought on the webtoon. It is slowly becoming mainstream outside of its country of origin. There’s no harm in trying it out for yourself, especially if you are mostly online.