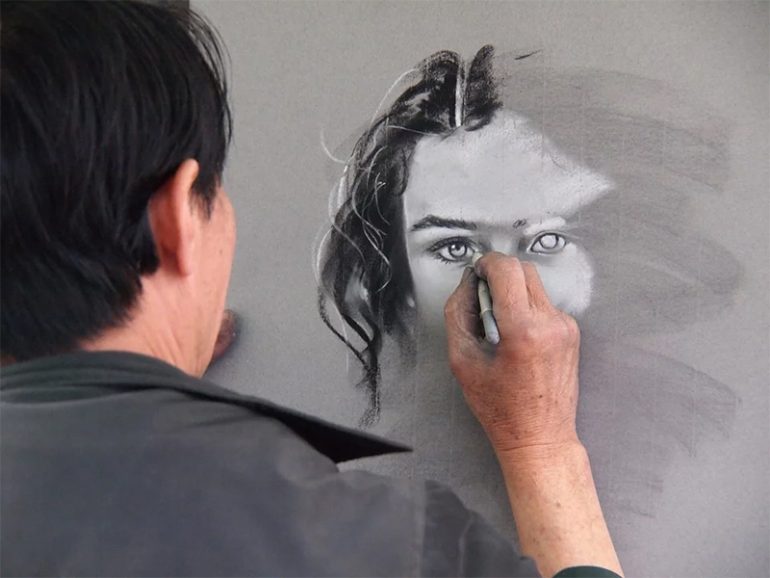 It isn’t an easy feat to become a celebrity, more so if you’re a Korean pop idol. Aspirants sacrifice a lot to achieve their dreams, like leaving their family and friends behind. The industry is highly competitive, which can take a toll on one’s mental and physical health in the long run. Despite these challenges, everyone has their way of how they can cope with life’s daily demands. For instance, some idols have taken to gaming to relieve their stress. Others dabble into art, which some admit have become their hobby.

Here are five K-pop idols who prove they are real artists indeed – not just in delivering outstanding vocal and dance performances, but also through their artwork.

The former member of the girl group Rainbow tops this list due to her background in fashion design. The 31-year-old, who has now become a full-time actress, can do various styles of art. From graphic design to drawing and painting, she’s a jill-of-all-trades when it comes to art.

Another top contender in this list is boy band WINNER’s rapper whose diverse artwork recently graced an art exhibition. He has done everything, from doodles, paintings, art installations, and even photography. Since fashion is another way to express art, he has also worked with fashion brands not just to design packaging, but also to model their wares. He is a true visionary through and through. Expect young creatives to collaborate more with him in the future.

Similar to Mino is veteran boy band SHINee’s fashionista. He is known for pushing the envelope in his bold choice of attire, but it bears mentioning that his artistic skill goes beyond clothing. He was responsible for the album cover of his group’s repackaged third album and first album compilation titled ‘The Misconceptions of Us.’ His artwork style borrows from past and current pop culture, which was evident in his exhibition in 2011. It was a two-person exhibit with architect Kim Dong Hee, and like his style, it is as bright and colorful as it could be.

The lead vocalist of girl group Red Velvet admitted that she loves to draw on her spare time and showed her talent on reality TV. That’s not to say that you can only view her artwork on the television screen, her entertainment agency’s social media pages share some from time to time. She does mixed media drawing a lot.  A notable example would be her portrait of Audrey Hepburn done in pointillism. Seulgi also did a wonderful sketch of Natalie Portman’s character in ‘Léon’.

The last one on this list has a specific art style. The Girl’s Day member is known for her hyper-realistic drawings of photographs. She has done her version of ‘Frozen’ character Elsa, ‘National MC’ Yoo Jae Suk, and ‘We Got Married’ virtual husband Hong Jong Hyun. Yura’s eye for detail is also evident in her regular artwork.

There are plenty of other K-pop idols with an affinity and talent for art, but these five are remarkable for how wonderful and professional their work is.

1st and featured image from https://pixabay.com/photos/artist-artistic-art-draw-drawing-1245726/