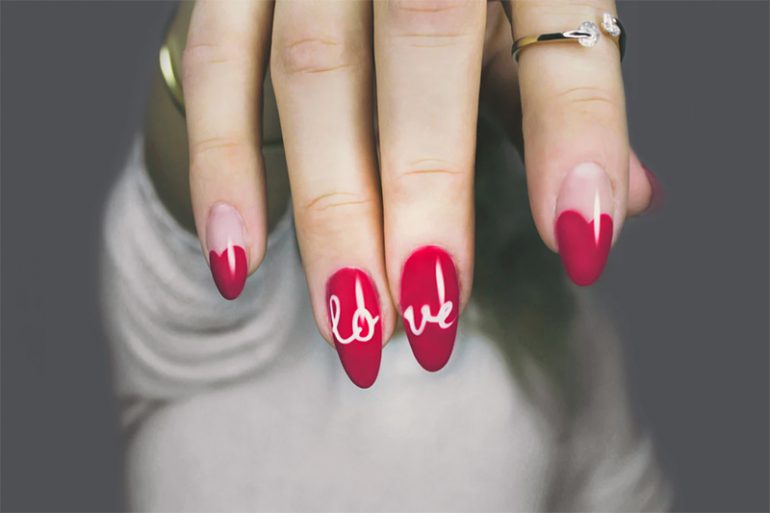 Adorning oneself continues to be a way for us to express our personalities. Gone are the days that clothing and accessories showed off one’s status in life. Now, everyone can wear their design of choice and be a walking piece of art. However, some people still find it limiting to show their personality through clothes, shoes, jewelry, and bags. Others have chosen to express their identity by changing their hairstyle or makeup, but there is another small but impactful way that people can do so. Enter nail art, which has now become another aspect of trends to look out for each season.

The origins of nail art or all things related to decorating one’s nails started as early as 5000 BC, with Indians dying their fingertips with henna. But it was the Chinese who developed the first-ever nail polish, composed of gum arabic, gelatin, vegetable dyes, gelatin, and beeswax. Crushed petals from roses or orchids were combined to the intricate lacquer to make it red or pink. As time went by, women’s nails showed their social ranking until it became another accessory to one’s outfit at the start of the 20th century.

Like with all things, technology has made nail art better than ever. Nail polish isn’t the only option to paint one’s digits anymore – there are stick-on nails and nail art printers available for those who want to change up their nails often. Stick-on nails, which are also known as press-on or fake, are those that one can put over their natural nails to add color and design to their look with no drying time. Nail art tends to be time-consuming as the polish needs to dry completely first. Although there are nail dryers that can hasten the process, stick-on nails make it easier to switch designs like one changes their outfits.

Nail art printers can take customization to another level as one can print just about any design on your nails. All one needs is a nail art printer, which can be an investment for the nail art-obsessed. However, one needs to prime their nails first with a base coat before getting their fingers in the machine. They also need to top off the printed design with a top coat to ensure the ink polish stays put for long periods.

Although these options are convenient for those who don’t have time to stay long at a salon, there is still satisfaction in getting one’s nails done by a nail artisan. Miss Pop, who is well-known for her editorial nail work, noted that nail art these days isn’t confined to multiple coats of polish anymore. People find it easier to stick rhinestones on it instead or draw on graphic designs with liquid eyeliner. Some trends to look out for this year are also in line with the current fashion, such as Western prints and 80s-inspired mix-and-match prints. It isn’t just about the outfit anymore, but everything else from the bag you use to the design you decide to decorate your nails with.

1st and featured image from https://unsplash.com/photos/r-Ej0NQmFlQ