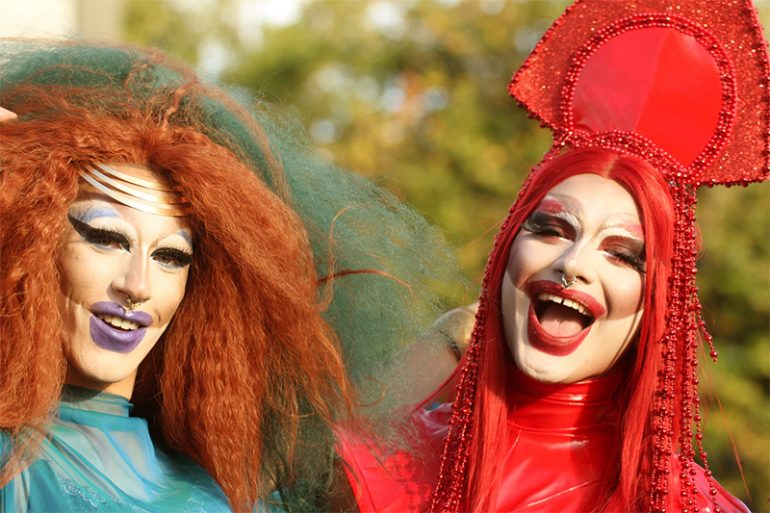 It has always been entertaining to see the other gender dress up and act like the opposite one. That action started in theater as early as ancient Rome, with the Chinese and Japanese incorporating it in their classical productions eventually. However, it was more common for males to dress up as females during those times. That is not to say that this practice has died down and perished for good. Rather, it has become a global phenomenon as more men are donning dresses and wigs as part of an act. It is now known as drag, which has also become a way of life for most of us.

The popularity of the show ‘RuPaul’s Drag Race‘ is presumably the main reason why so many people love drag queens these days. It is uncommon to hear drag lingo from those who watch the show, who then share it with their friends in real life but more so on the Internet. In short, drag has taken over a part of the World Wide Web and has tangled people in its colorful, campy glory.

Despite the entertainment value it brings, drag is simply not just an art form to bring delight to the masses. It can also be political, or whatever it is that drag artists want to make a point on. Drag, in some way, has become a soapbox for LGBT rights. Most, if not all, queens stand with this cause. They take to social media to express their opinions, which they sometimes bring to their performances.

If using drag as a political outlet isn’t something you do not want to focus on, remember that it is a performance art that caters to everyone. You just have to choose which facet of it you are truly interested in. It is not just about lip-syncing to pop hits and dancing to them, contrary to what the show presents on our television screens.

There are drag queens who focus on comedy and do stand-up. Some are queens are singer-songwriters, whose singles have become club anthems and chart-toppers. Some dabble into acting as a way to portray their personalities and beliefs. There are drag queens who concentrate on fashion by showcasing their unique design sensibilities. Or they could be a combination of all these and other elements that make their art more meaningful.

Drag is everywhere and anywhere – women and children can become drag queens if they want to. It has also become a lifestyle and a business for some.  Queens who participate in conventions earn more when they sell their merchandise to attendees.

Simon Doonan, famed for his work as Barneys’ Creative Ambassador-at-Large, noted that drag has “redefined and remixed what we think of gender, and it will continue to shape our future.” He wrote a book about the topic, which is a must-read for drag fanatics. He shared that people thought that drag will wane by the end of the 90s. But look at where it is today, which is as “explosive and creative and all-consuming” as it can be.

1st and featured image from https://unsplash.com/photos/DEEdM7RbDBo