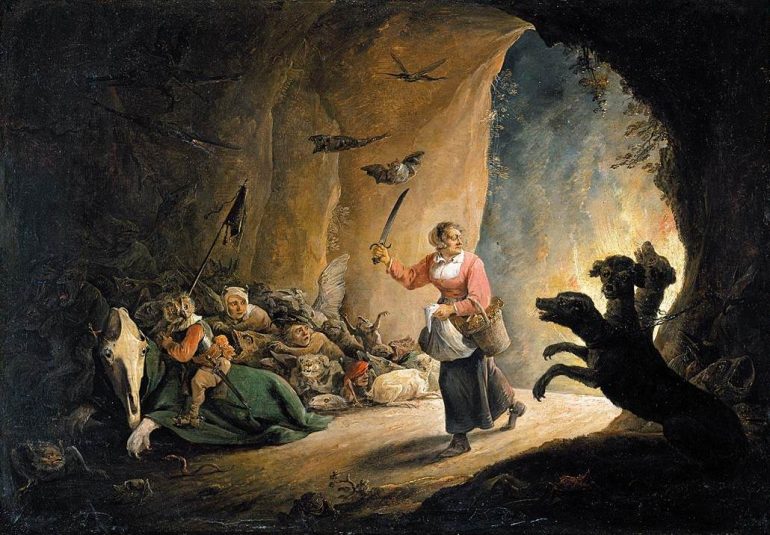 Just recently a painting by the 17th-century Flemish painter, David Teniers the Younger, has been donated to London’s National Gallery, by a deceased Dutch aristocrat. In the UK, you can be exempted from taxes by donating historical artwork to their government this way. The work in question was Teniers’ Christ Crowned with Thorns. But Teniers isn’t really known much for his religious paintings. He’s a realist who mostly paints peasant and guardroom scenes. Even the religious art was interpreted to look like it happened in the 17th century. His father, D.Teniers the Elder also paints tavern scenes. But between the two it is the younger who will be mostly be remembered when it comes to painting the peasant life.

The younger artist, born in 1610, does share his father’s fascination for alchemy, however. It was during at the time that real science was born out of the occult and mysticism and the foundations of chemistry taking root upon the slowly rotting corpse of alchemy. Different names, the same thing really. But Teniers II prefer what is mystic and the works he and his father would paint about them doesn’t even show a hint of criticism but instead a feeling of trust, of believing that their work is true. Today’s chemists and physicist have the ability to transmute elements and we now learn that transmutation, the alchemist dream, is just a matter of having more or less elementary particles in an atom. If the Teniers were born in this era and painted these people at work it would definitely have the same feeling.

But they weren’t, and so we shall never find out. We can only now remember the Teniers in their works: Teniers the Elder, Teniers the Younger, Teniers III and Teniers IV all seem to have the same style anyway and they lived so long ago. History lost track of the Teniers art clan after David Teniers the IV, eldest son of D.Teniers the III, who also mastered his grandfather’s style, and was last known to have died in 1731 with no other details except being a painter.

Anyway, Teniers II was trained first by his father, as will all children of artists. One of his earlier pieces was the Smokers, which was a collection of works that portray relaxed men having a smoke. Another notable work was a self-portrait of himself in an inn. Teniers II became known for his fast workmanship, being able to finish his work by evening. In fact, people would call some of these works as his “after dinners.”

The Teniers preferred peasant life art but were also known to paint any kind of subject, even those of demons and temptresses. True to the Dutch fashion, however, even these vile women are modestly dressed and the demons are more comical than terrifying. In Mad Meg, for example, Cerberus looks like any other mutt, but with three heads, chained and harmless-looking. A demon, riding a demonic, skeletal steed, looks like a fluffy faced owl, cowering at the personification of avarice, as she brandishes her sword to ward them off while she makes off with her spoils. Equally fluffy is the bat above the sword, round and fat like a cute hairball with wings.

Teniers II’s wife (thus Teniers III’s mother), Anne, whom he married in 1637, is the child of another painter, Jan Bruegel the Elder, who happens to be the second son of another Old Master, Pieter Bruegel the Elder. She gave birth to his six children. Apart from that, we know nothing else about Anne, but you can all see how such a strong art-loving clan came to be. In 1651 they moved to Brussels where Teniers II became a court painter and an art collection keeper for Archduke Leopold William. It was there that Teniers II made the copies of paintings, mostly Italian ones, which will be known in the future as the Theatrum Pictorium in 1660. 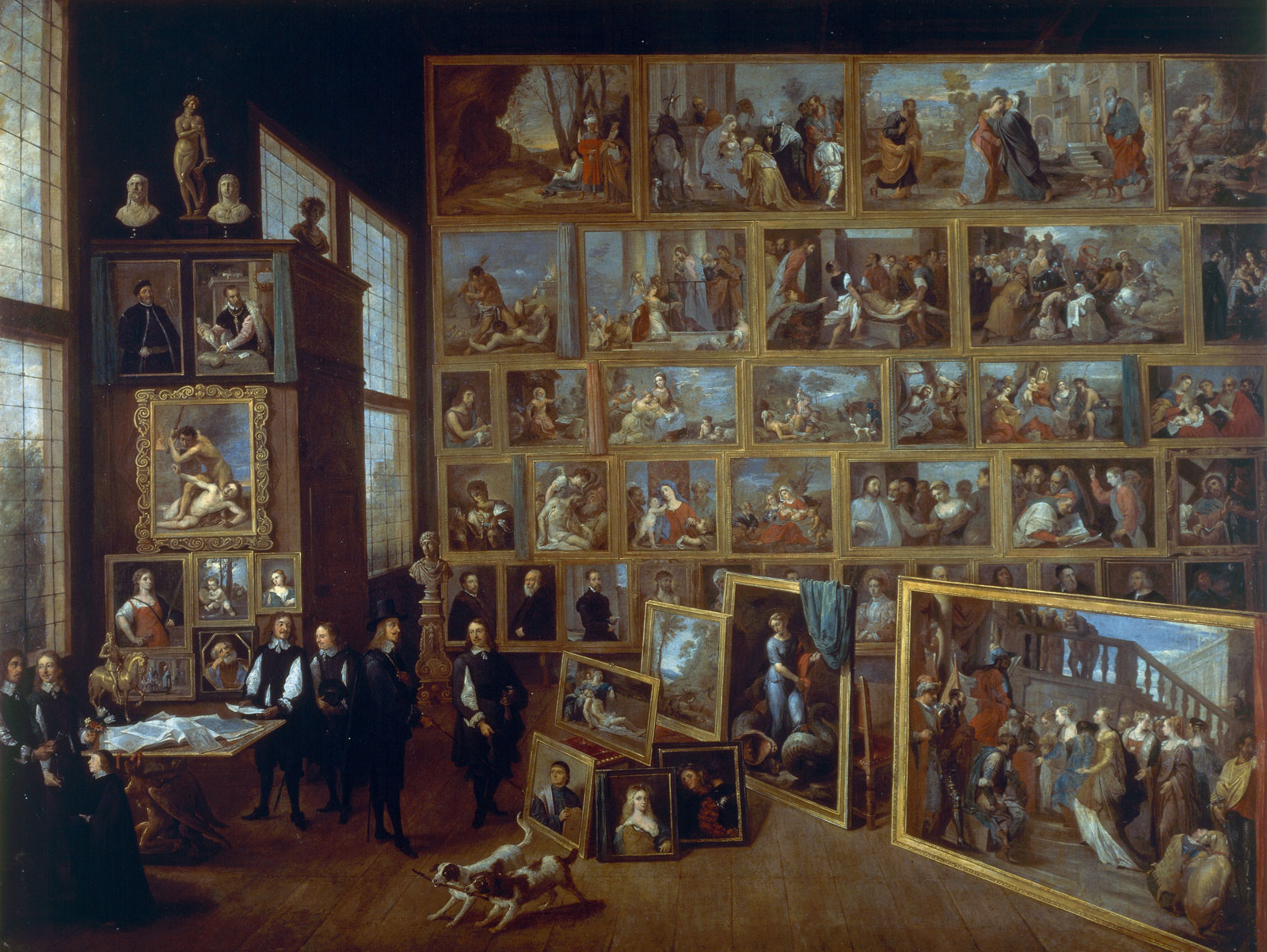 His later years were quite complicated: Anne died in 1655 and in less than a year he married another heiress. Very soon after he got into an argument with his sons about Anne’s will. The Guild of St. Luke was said to have taken legal action against him. The Spanish College of Heralds told him that he could only become a noble if he stopped painting for pay. The Theatrum Pictorium became a success, however, much to his comfort.

Teniers II lived on until 1690, dying in Brussels. Upon his death many people, which probably includes his sons, find him a vain yet skillful man, his works don’t have a hint of any of his imperfections. His name would forever be synonymous with Flemish painting.

Featured and 1st image by Teniers, via Web Gallery of Art

2nd image by Teniers, via Britannica