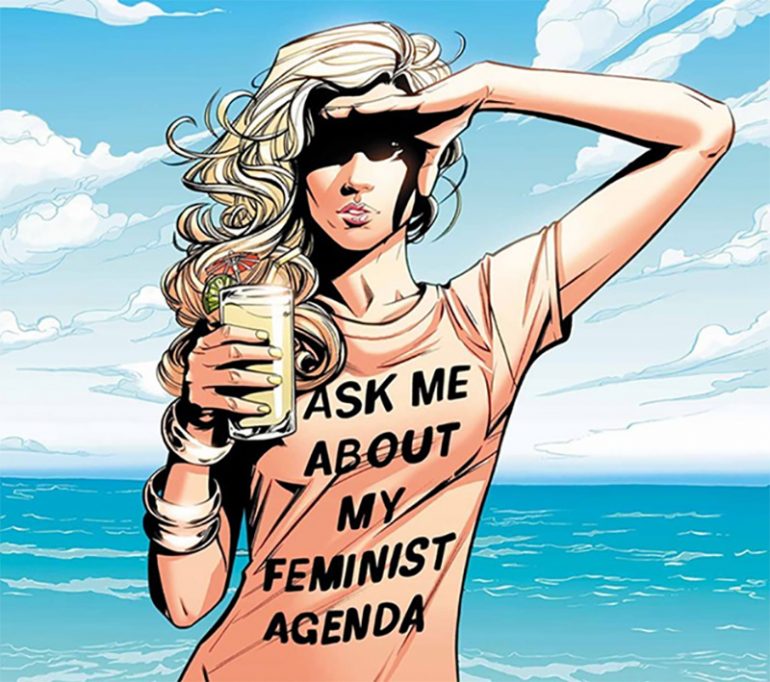 Comics, kids and people who are kids-at-heart love them. They like to collect them. They like to talk about them. They like to draw the heroes they idolize from them. Avid fans would collect old issues and special editions that can worth thousands of dollars. At least, in the past generation. Now, Marvel, one of the biggest publishers of comics in the US is losing fans. And it’s all because of the culture wars.

For those who are unfamiliar, the culture wars is the age old fight of ideologies between the conservatives of the US, that makes up the right-wing party (Republicans) versus the liberals, which makes up the left-wing party (Democrats).This fight intensified with the coming of 2010 and the rise of the so-called Social justice warriors (or SJWs for short). These SJWs prefer to react online against anything they perceive as “not liberal” or “not progressive”. Composed of believers of social justice, 3rd wave feminists, and the LGBT community, they would lash out against their political opponents with insults and mockery. At the time, something happened that made them look beyond their usual circles and proceeded to involve themselves with “nerd” hobbies. Up to this day, people who are against the SJWs can’t really come up with a solid explanation as to why the SJWs did it. Some say it’s to further indoctrinate other people and ensnaring more followers, some say it was all for the sake of virtue-signaling.

SJWs are the “popular kids” types, who stereotypically don’t involve in “nerdy” pursuits like comics, anime, and videogames. They would shun nerds in schools and would see them and their hobbies as something to be disgusted with. So you can imagine the nerds’ surprise that one morning, the popular kids are on the front porch of their circles asking to be let in. And of course, people, being kind to a fault, let them in.

Fast forward to 2015, 16 and 17. The SJWs are in the nerds’ inner circles, tearing these circles apart, much to the shock and horror of the nerds, or at least those who have not been indoctrinated and lost their sanity. They would even put themselves inside the industries that these nerds built for themselves. In the case of comics, SJW artists have somehow been employed in Marvel. And this is where the comic industry started to fall apart. 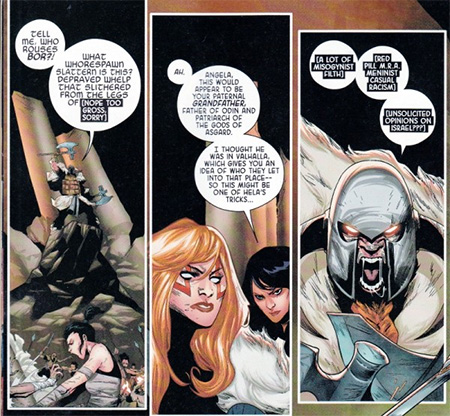 Fans of comic books have to endure terrible bastardization of their beloved comic book characters, some of them have years of history, that are turned into a lobotomized version used to spread the SJWs political agenda. These characters would spout lines that would usually shame the straight, white male, the most abhorrent thing to SJWs. But the nerds don’t want this. They don’t want to be shamed and called names. That’s why they separated their circles from the people that usually made fun of them in the first place. They also don’t want more politics in their hobbies when the whole country is already in a turbulent culture war. To be called bigot, racist, and sexist in their own beloved comic books was just too much for them. And so they decided they had enough. They felt disgusted, betrayed by the people they support (Marvel). They don’t want it anymore. And so they simply stopped buying comic books.

Since then, Marvel is trying to sustain itself with movies and videogames, but the complete rejection of their comic books were so severe. The nerds were hurt too. They hated what has become of their beloved hobby. To add insult to their injury, Marvel continued to accuse them of further bigotry, racism and sexism. Learning nothing, Marvel’s comic book sales continue to fall.

Which brings us to the present. The US culture wars has left nothing untouched, not even art is spared. Comic books and other hobbies, like video games and trading card games, have been ravaged and now looks far from their old glory days. And the nerds? Some moved on with their lives, some stayed to see what will happen in the future. But everyone can agree that the culture wars have done irreparable damage to their hobbies. Even with the rise of the Trump Presidency, what’s done is done. There’s no turning back. But like the heroes in their comic books, they’ll forge on, resisting the destructive ideologies that brought ruin to their hobbies.

Featured and 1st image by Feminist agenda, <a href=”https://www.oneangrygamer.net/2017/02/marvels-sjw-comic-book-propaganda-will-soon-cease-states-report/23928/“>via oneangrygamer</a>

2nd image by Censorship in all its glory, <a href=”https://www.oneangrygamer.net/2017/02/marvels-sjw-comic-book-propaganda-will-soon-cease-states-report/23928/“>via oneangrygamer</a>