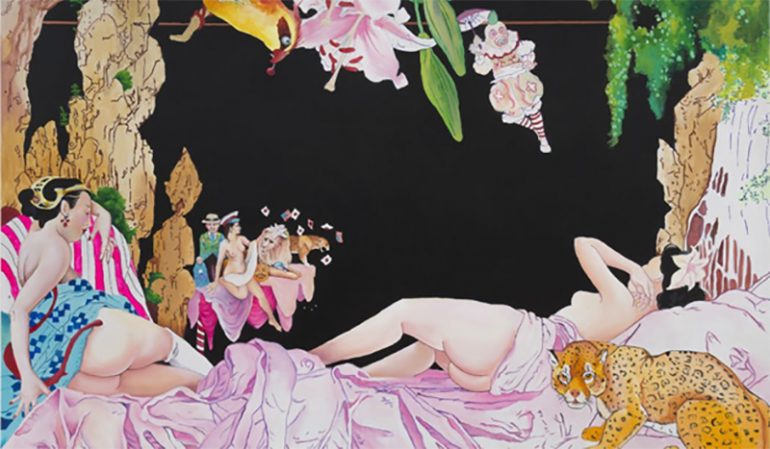 Since September of this year Jeanette Hayes has received fierce criticism and attacks for her art. It all started when she posted a video showcasing her works that can be viewed in Romeo NYC. A twitter user found that one part of her work resembles that of another artist and accused her of tracing. Jeanette never acknowledged that she copied the work.

And it didn’t end there: Another twitter user spotted another similarity from her work to that of a famous scene from a well-known Japanese manga (comics) series. And another, this time with proof Jeanette was copying from artist Suehiro Maruo. And yet another, this time it was claimed that Jeanette copied from artist Dina Brodsky.

To make matters worse, Jeanette threw crap back. She shouldn’t have done so. Now she’s claiming that she’s being abused by an angry mob of anime fans, even claiming that some of the attacks on her were getting very personal. No one knows if this is true or not but since the matter didn’t blew up and the fact that Castor Gallery’s director, Justin De Demko, did say that they “did not receive significant backlash”, it’s probably safe to assume she made the story up in an attempt to stop her critics.

As for legal actions made by someone she copied, only one person has reported to be making any attempts. The sad truth here is that while it is bad art to go copying other people’s works (and in the case of the Suehiro Maruo copying, it looked like she just Photoshopped it) there was nothing wrong with what she did, at least according to law. The laws in the US allows artists to use other artists works, provided they changed it somehow in a “transformative” way. 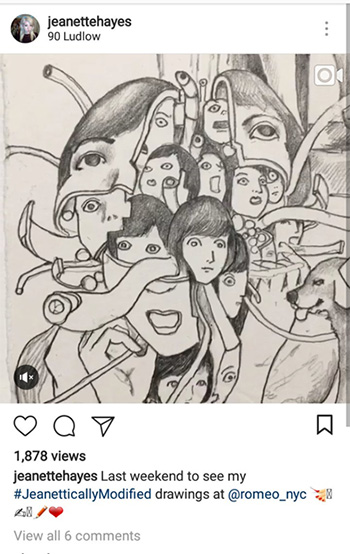 And anime fans knew this. They do anticipate the event, even overseas, where fans would gather in their favorite platforms and exchange news and pictures taken from the event. So if her claim is true it would really be weird that thousands of anime fans would criticize her when they know so well that there are well-known artists in the anime industry, such as Ken Akamatsu, who started by doing doujinshi.

There is however another point that the complains were making: that she traced on some of the works. Now while anime fans tolerate usage of characters from other anime in derivative works, tracing is something that they do not tolerate.

Tracing is a bad practice in art. Instead of trying to copy by just looking at the subject one put the paper or canvas in front of the image they wanted to copy and trace along the lines. One could also use carbon paper and put that between the canvas or paper and a copy of the image you wanted to copy and trace the lines, which will make marks on the on paper or canvas at the back.

It is agreed upon that this is a bad practice by many people and especially by anime and comic fans. It promotes lazyness, instead of the artist improving himself or herself.

Jeanette probably should have explained herself better instead of lashing back at the critics. An open calm discussion would have probably done her better than what happened. Needless to say, she doesn’t deserve the backlash in the beginning but if there were still any now, she can only blame herself for it.

Featured and 1st image by One of the offending Hayes works, copied from Suehiro Maruo, via Reddit

2nd image by The first art that was claimed to have been plagiarized, via Twitter