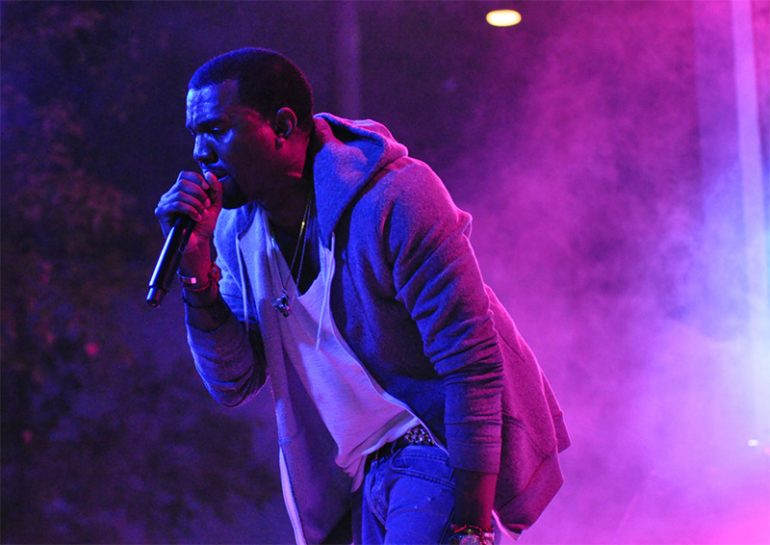 One cannot deny the impact of Kanye West in current pop culture – he is an icon with his contribution to the music industry. Although his foray into fashion is questionable for some, his designs have set trends one can see in fast-fashion retailers worldwide. However, if there is another thing to take note of the American rapper, it is his love for art. Working with them has led to epic collaborations, like partnering with other talented musicians. It is not only through working with other rappers that his creativity shines through, but also with some of the art world’s darlings.

Takashi Murakami, whose bright and cartoonish designs became globally known through his work with Louis Vuitton in the early 2000s, is one of West’s repeat collaborators. The Japanese artist was the art director of the rapper’s 2007 album Graduation, in which he designed its cute and kaleidoscopic cover. He was also in charge of the Good Morning music video, which still follows the Dropout Bear theme from the previous albums. But in 2018, he returned to do the album cover for West’s collaboration with Kid Cudi, who is another recurrent collaborator. Kids See Ghosts is subtler than the first album Murakami designed, which also pays homage to the great Hokusai through his take on Mount Fuji in the background. Of course, you cannot miss his iconic anime-ish touch on the cover.

Although 808s & Heartbreak has a simple but striking cover, photographed by Kristen Yiengst and designed by Virgil Abloh (who is now in charge of Louis Vuitton’s men’s line and Off-White), it is the deluxe version that one should check out. After all, KAWS put his touch to it, making it more desirable to those who are avid fans of both artists.

My Beautiful Dark Twisted Fantasy is said to be West’s most artistic release, and it is not just the artist he commissioned to do the album cover. He worked with other notable art figures for his music videos, such as Marco Brambilla and Vanessa Beecroft. The former is known as a collage and installation artist, who worked with the rapper on Power. The latter has become a consistent collaborator, who started working with West since 2008. Beecroft has once said that he might be her “black, male alter-ego” and given their body of work together, it is highly that they are meant to be art soulmates.

In 2016, West’s seventh album The Life of Pablo was designed by Belgian visual artist Peter De Potter, whose cut-and-paste look and repeated typewriter-type became trendy after its release. Who could also forget the infamous (pun intended) Famous music video? One of its memorable scenes was the rapper’s take on Vincent Desiderio’s Sleep, which the realist artist completed four years after its initial showing. Lastly, in a similar vein to Murakami and Cudi, West merged music with art (via fashion). Watch the Throne was a legendary album between him and Jay-Z, whose album cover featured gold embroidery from Ricardo Tisci. The Givenchy creative director was also in charge of how the tour merchandise looked and even their stage outfits.

Given West’s influence in different industries, expect that he will work with more artists that can help him bring his visions to reality.

1st and featured image from https://upload.wikimedia.org/wikipedia/commons/e/e6/Kanye_West_%40_MoMA_7.jpg