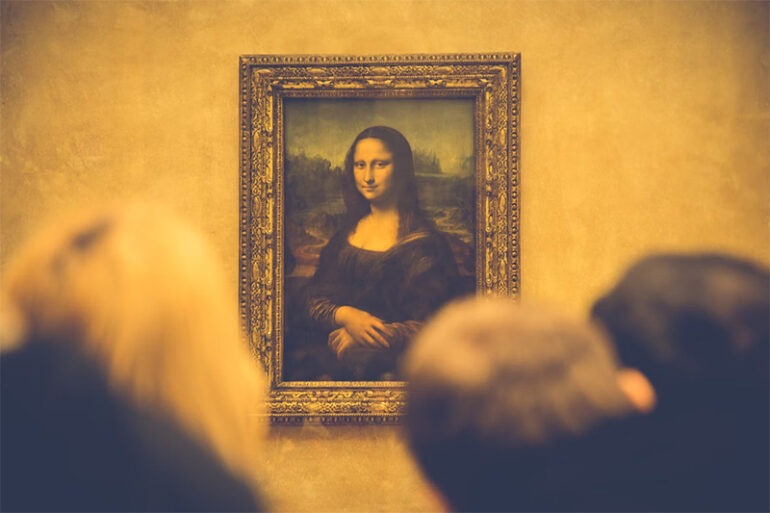 The majority of the paintings that many art critics consider to be the best masterpieces of all time focus on women. The female form is one of the oldest, most commonly depicted subjects in visual arts. To this day, famous paintings of women carry a profound influence in the world of art and pop culture. The popularity of paintings that feature women goes beyond the upper-class elite, being appreciated by the masses worldwide.

From the earliest periods of human history through the glorious Renaissance and well into the 21st century, visual artists from every movement were inspired by the beauty, splendor, and grace of women. Let’s look at notable paintings that showcase women and discuss the elements that have made them some of the best in the art world.

Sandro Botticelli’s Birth of Venus displays the stunning Greek goddess of love, Venus, as she emerges from the sea as a grown woman. This famous painting shows the duality of Venus as depicted by the ancient Greeks, who saw her as an earthly symbol of physical love and an ethereal being that inspires an intellectual passion- two of which are characteristic of human emotions.

Perhaps one of the most famous paintings of all time, the Mona Lisa, was a product of the genius Leonardo da Vinci. The Mona Lisa is the most recognized painting of a woman ever made. It was in the Age of Enlightenment that the half-portrait was created by one of the greatest artists who ever lived. Mona Lisa was set against a stunning background of a distant landscape, making her mysterious smile all the more glorious and memorable to anyone who has set eyes on her. The sophisticated lines that emphasize her hair and garments are echoed by the mountains and rivers behind her, thus beautifully portraying the profound connection between humans and nature.

Girl with a Pearl Earring

Also dubbed the Dutch Mona Lisa, Johannes Vermeer’s The Girl with a Pearl Earring is renowned for the enigmatic look of its subject. It offers a comprehensive study of the female head. Its main focal point- the pearl earring is widely acclaimed for its proficient depiction of the interaction of light and darkness.

Edouard Manet’s artistic depiction of a courtesan caused an uproar among Parisians as it personified prostitution was considered taboo during the time it was created. The way Olympia’s gaze seemed focused on her viewers also infuriated the general public as it was uncommon for women, let alone a nude prostitute, to stare at others ever so bluntly.

Today, women are not only limited to being the muse or inspiration of visual artists. More women have been stepping up and letting themselves create stunning works of art behind the canvas. Women are now keener to express their creativity and freedom through painting, sculpture, dance, music, and many more. As creators of art, women prove that their talents are just as profound and majestic as their counterparts.

1st and featured image by https://unsplash.com/photos/0WQOCx1g8hw