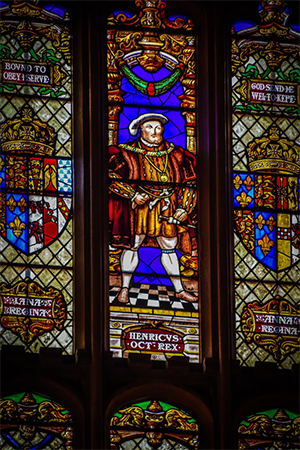 In Renaissance Italy, women from the upper classes were limited to two options in life, either get married or commit themselves to serve God. It wasn’t exactly the best period for female visual artists, as they were not allowed and, in some instances, prohibited to receive formal art education and training. Most female artists were forced to teach themselves or were primarily guided by a male family member.

Those who bravely emerged from the shadows were either overlooked or criticized for breaking the status quo. Being a partner was a predominantly masculine professional during the Age of Enlightenment. Amidst the challenges and stereotypes, a handful of women managed to succeed in becoming renowned visual artists, some of whom became prominent in certain art movements. Let’s look at some of the notable women artists during the Renaissance.

Levina Teerlinc was a Flemish miniaturist who worked as a skilled painter to the English Court of many royalties, including Edward VI, Mary I, Henry VIII, and Elizabeth I. Art flowed through Levina’s veins as the daughter of renowned illuminator Sino Bening. She was trained initially as a manuscript painter and worked under her father’s wing before getting married.

She was soon hired by King Henry VII as a court artist, assuming a crucial role in the emergence and popularity of portrait miniature. While it was rare for Levina to sign her works of art, her documented masterpieces were presented as gifts to royalties. One of her notable works was an oval miniature called Elizabeth Maundy, gifted to Queen Elizabeth in 1563.

An acclaimed portraitist, Caterina van Hemessen is regarded as one of the pioneering female Flemish artists during the Renaissance. She was popular due to the stunning collection of small-scale miniature portraits she created between the 1540s and early 1550s. Caterina was also credited as of the first visual artists to create a self-portrait.

An esteemed painter during the latter part of the Renaissance period, Sofonisba Anguissola excelled in portraiture, which allowed her to grow a stellar reputation in other countries. Sofonisba belonged to the noble class and received formal training from local painters Bernardino Campi and Bernardino Gatti. Her father’s elite position on the social ladder has enabled her to expand her horizons, as she often received encouragement from prominent artists, such as Michaelangelo. She became an official portraitist to King Phillip II.

Fede Galizia was a renowned forerunner of the still life genre, a portrait artist who took inspiration from Emilia’s Late Mannerism, Leonardo, Correggio, and Lombard Naturalism. Although she was widely known for her painting portraits, altarpieces, and miniatures, she was well respected due to her craftsmanship in still lifes. Her attention to detail and vibrant hues allowed her to compose still lifes, featuring fruits and flowers peeking into the light from the darkness. Her strict yet simplistic style made her stand out among the predominantly male landscape.

It was only recently that documents were unearthed to uncover these talented women’s exploits, challenges, and triumphs during the Renaissance. Most of their works are currently displayed in museums archives, while some are even considered stunning investments being sold at auctions.

1st and featured image by https://unsplash.com/photos/O02xMsNYH-4