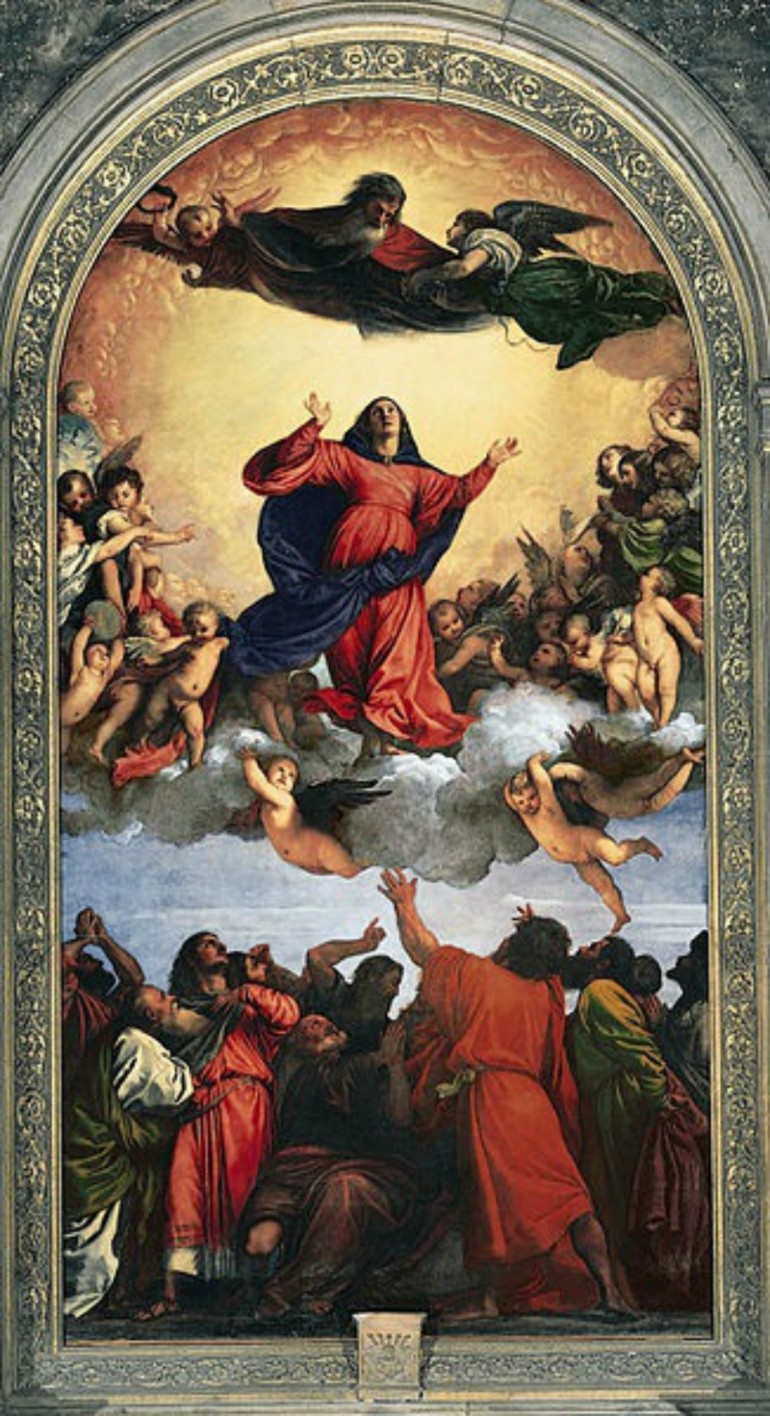 Sixteenth century Italian Renaissance painter Tiziano Vecellio has never been known by any other name than Titian. He was the greatest artist in Venice during the 16th century and gained local and international fame. Titian was a very remarkable artist, whose mastery of the use of colors have influence so many other artists, then and now. He was a painter who contributed greatly to all the major aspects of art during the Renaissance period. He had done pastoral landscapes with figures, mythologies, portraits and painted altarpieces. He was born circa 1488.

When 16th century started, Venice was one of the richest and most powerful city-states across Europe. Venetian painters reigned supreme as the Mannerist and High Renaissance artists on Italy went on a decline. For the rest of the century, the Venetians achieved the highest regard, with Titian being the most pre-eminent.

Titian’s influence went far and wide, and his use  of rich colors have made a great impact and source of inspiration for Manet, Rembrandt and Rubens.

Titian had been trained by two artists, Giovanni Bellini and Giorgione, and the latter had much to do with Titian’s landscape style and tonal approach to his works. The often collaborated, and because their style was so similar, it was difficult to define which artist did which part, particularly when they did pastoral scenes, which they presented in an evocative and atmospheric manner. Titian’s landscapes were lush, capturing the beauty of nature untamed and a balanced arrangement always maintained.

The first public commission for Titian in Venice was a major one. He painted the Assumption of the Virgin, intended for the Santa Maria Gloriosa dei Frari’s high altar. With this early masterpiece, Titian was able to establish himself as the leading painter in Venice. It was literally a huge undertaking and with his trademark use of dynamic figures in various poses and his use of bold colors, the altarpiece can be viewed even from the entrance to the church. It clearly drew the eyes to the church’s altar. It was a three-tiered painting, with several men gesticulating below while the Virgin Mary, dressed in red with a blue cape and in a twisted pose, was on a cloud, supported by cherubim and flanked by several saints. On top is God the Father, with a cherub and an angel. 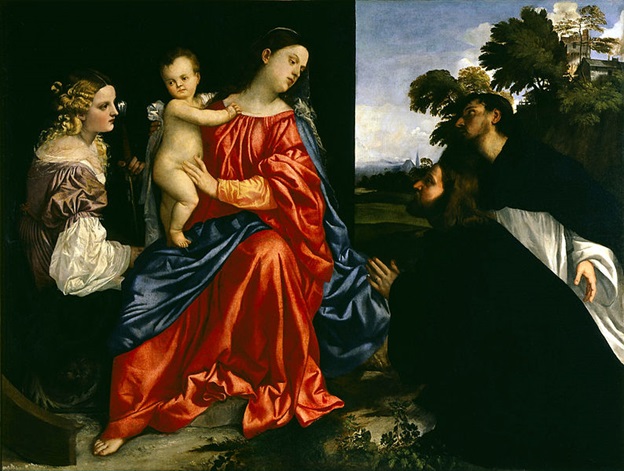 Art historian Giorgio Vasari remarked that among the altarpieces painted by Titian, what he considered the greatest was the Death of Saint Peter Martyr that was displayed in the Church of SS. Giovanni e Paolo. It was a pity that it was destroyed in a fire in the 19th century.

Titian also enjoyed immense international fame through portraiture. He painted Pope Paul the III. Emperor Charles V would not sit for any other portrait artist. Titian had the ability to express the sitter’s importance and status and at the same time catch the elusive psychological dimension that provided depth and something more than just a static figure. He followed the style of his teacher, Giorgione in Portrait of a Man. In his painting of Filippo Archinto, Archbishop of Milan, Titian was able to convey the importance of the man with his subdued palette, drawing the eyes of the viewer to the archbishop face and hands.

For domestic settings, Titian were also able to paint mythological subjects, which he called “poesie,” comparing them to poems done visually. He created a series of Bacchanals in 1518 for Duke Alfonso I of Ferrara. He also created a piece called Bacchus and Ariadne, with Bacchus leaping from a chariots that startled Adriane, which, like his other mythological paintings were themes he gathered from classic art described in literature.

Due to the similarities in style and execution between Titian and his teacher, Giorgione, there some controversies in attributing paintings to them. Unlike Michelangelo, Titian was not a great sculptor or architect. He did not have the gift on be a scientist and inventor like Leonardo da Vinci, but he was a painter who knew how to utilize colors to their full extent, even if his style altered a little due to old age. His mastery of color and his brushwork made him Venice’s premier painter. He mostly worked directly on canvas, indicating his great control of the medium, which led to him not leaving many drawings behind.

Some of the most expensive of his paintings were the Portrait of Alfonso d’Avalos, Marquis of Vasto, in Armor with a Page ($90M), Diana and Actaeon ($78.9M) and Diana and Callisto ($74.1M).