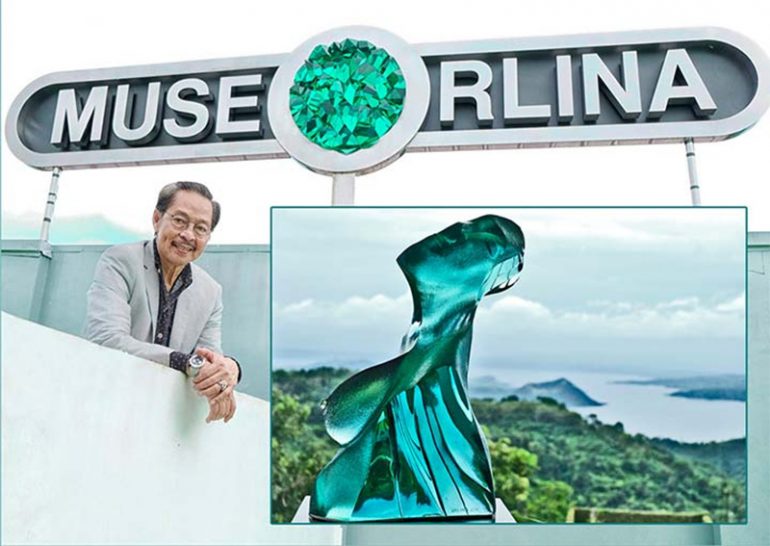 Pablo Picasso, the world renowned Modernist painter, once said that sculpture is the “art of intelligence.” Indeed, it takes a certain amount of thoughtfulness to utilize three dimensions in depicting an artistic vision. Besides skill, talent, and technique, it is necessary to consider variables such as volume, weight, and mass. Indeed, sculpture is a large undertaking and, in many ways, is the foundation for contemporary installation art.

From the busts and monuments of Ancient Egypt and Greece, to the pietas of the Renaissance, it is through sculpture that audiences have appreciated the importance of space and context in visual art. In the Philippines, sculpture’s requirement of precision made it the bastion of conservative artists, chief among them National Artist Guillermo Tolentino, who battled the Modernist painters in defense of tradition. Modernism would eventually have sculptors of its own, and the likes of Eduardo Castrillo and Abdulmari Imao served to place sculpture as the supreme medium of public art.

A Modernist heavyweight, Ramon Orlina pioneered the use of glass as a platform between transparency and translucency. His works thus stand as excellent examples of harmony of form and integrity in concept, simultaneously angular ad organic. A trained architect from the University of Santo Tomas, his use of residual glass cullets and development of the proprietary technologies needed to manipulate such an inherently difficult medium truly sets him apart from the rest in the field. 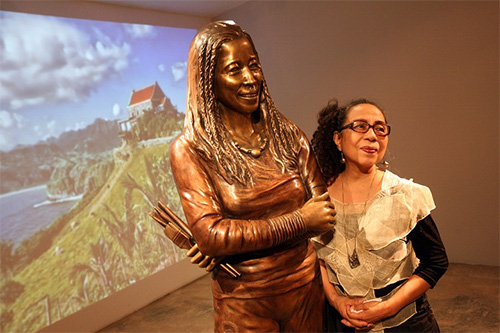 Julie Lluch is best known for her sculptures in clay, particularly depictions of the female form. Most of her practice is also dedicated to espousing social issues. A philosophy graduate of the University of Santo Tomas, Lluch’s more than three decade long career has gifted the art scene with an impressive body of work. Of her more well known recent exhibits was her participation in Hudyat at the campus of Far Eastern University. 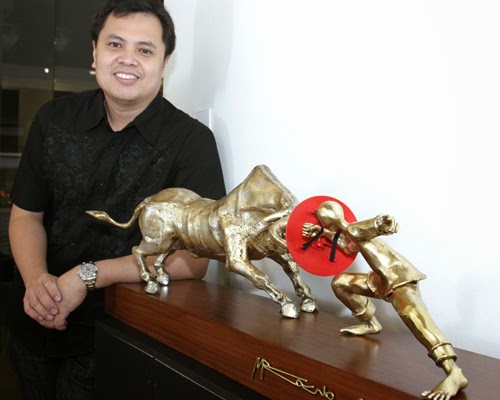 Michael Cacnio’s candid representations of tableaux scenes of the Philippine genre is critically acclaimed. The artist has achieved a fair measure of awards in his 26 years of sculpture, including the 2006 Ten Outstanding Young Men (TOYM). A Product of the College of Fine Arts at the University of the Philippines, Cacnio is also the first and so far only Filipino artist to exhibit at the Berlaymont in Brussels.

The son of National Artist Abdulmari Imao, Imao has carved his own impressive sculptural practice that uses pop culture imagery from his youth (such as Voltes V) to distill the essence of his political activism. Into a powerful sculptural message. A Fulbright Scholar, Imao trained as an architect in University of the Philippines before completing his MA in sculpture at the Maryland Institute College of Art (MICA). His works of public art include the famous “Desaparecidos” at the Bantayog ng Mga Bayani Memorial in Quezon City, Philippines. His carroza like sculpture “Last, Lost, Lust For Four Forgotten Episodes.”

A 1988 CCP Thirteen Artist Award winner, Agnes Arellano is known to be a legend in the Philippine sculpture industry. Taking Hindu Buddhist and Christian religious themes and merging them with explorations into the binary meanings of the sacred and profane, her works are both haunting and deeply spiritual reflections.

Featured and 1st image from http://www.bworldonline.com/content.php?section=Arts-&-Leisure&title=Seen-and-unseen&id=85829