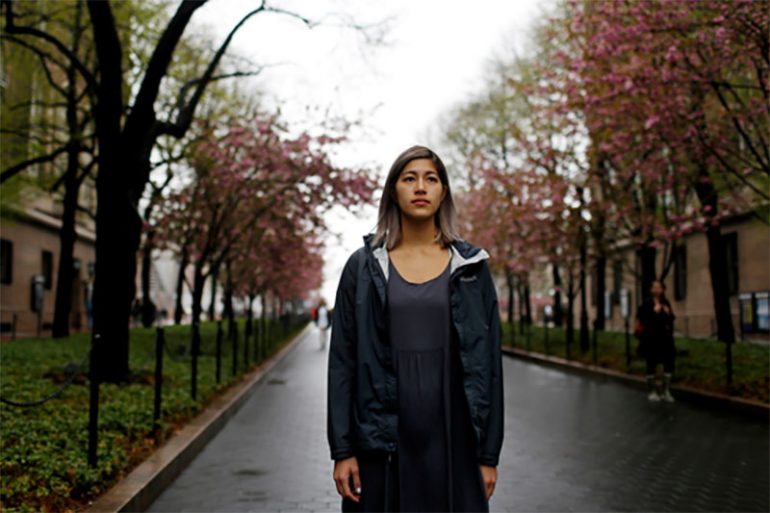 Emma Sulkowicz is a peculiar artist. Her performance known as “Carry That Weight” is also peculiar. Because the very premise of her performance, which was supposed to be her thesis during her senior year at Columbia University, depended on a lie she made to ruin the life of a man who refused a relationship with her, one wonders if this could still be called art at all.

This all began when Sulkowicz accused a German student, Paul Nungesser, with rape, but her case was closed due to lack of evidence. She also tried to file a complaint with the New York police department but nothing came out from this as well. It will be discovered later, however, that she lied about the allegations levied against Nungesser: she was, in fact, in love with him and was intimate with Nungesser. But Nungesser ended up in love with someone else after a summer back in Germany.

Four months after filing the report she began her performance art piece titled “Mattress Performance”, also known as “Carry That Weight”. She went around her campus carrying a 50 lbs. mattress similar to the ones used in Columbia’s dorms. The point was as long as Paul studies in Columbia, she would go around carrying the huge mattress. That was according to her own words.

Overnight the piece went viral. Feminists all over America made her and her performance a symbol of their movement. She was all over the news as her story gained traction and gained praises from art critics at the time. It was one weird article over another, praising the very political performance art. There are an increasing number of people falling for her lie and imitating her mattress-carrying actions in different campuses across America as protest against alleged rapes happening in colleges. Someone even had the cheek to compare it to one of Megumi Igarashi’s works. But Igarashi’s works were never meant to shame a man, or get a man kicked from a university. The question “Is the mattress going to a museum?” was even asked, to which Sulkowicz replied that if someone wants to buy it, she’s open for the possibility.

The art took a life of its own and became a feminist movement. Whether the members know that it all started from a lie or not seems to matter so little. Sulkowicz even opened up a website to lead the movement. She was invited by a feminist US Senator to her State of the Union address and was referenced by a UN Ambassador.

While she does have her supporters, she wasn’t without critics, who would point out the truth between Sulkowicz and Nungesser. Nungesser’s lawyer even points out that she’s enjoying all of this which she “created through the perverse spectacle of carrying her mattress around the campus” and criticize the media whom he accused of legitimizing the lies. Meanwhile Nungesser suffered, lost all his friends and gets denounced as a rapist almost on a daily basis.

Now the question is “can this be considered art?” When you use a performance as an excuse to harass and demonize an innocent man, it certainly doesn’t sound to be any art people are familiar with. Her acts can even be classified under calumny and defamation. But here we are. Feminist would always claim that the world is biased against them, and yet a woman who lied about her rape is enjoyed being a celebrity while the accused, who was cleared of all charges, suffered abuse and bullying. Lies are not punishable by law, except on certain context and situations. One can even considered them to be protected under free speech. But it certainly looks bad when you use free speech as a reason for lying and harassing a person, to the point of almost ruining his or her life.

In the end a lot of people realized that Sulkowicz was lying and formed a campaign against her, calling her a “pretty little liar”. Nungesser filed a case against Columbia University and was successful, with the University deciding to settle the case with Nungesser. Still Sulkowicz gets away with her fame as an artist at the expense of Paul Nungesser and Columbia University. It seems that she will go unpunished for her crime, now considered as an art by many.