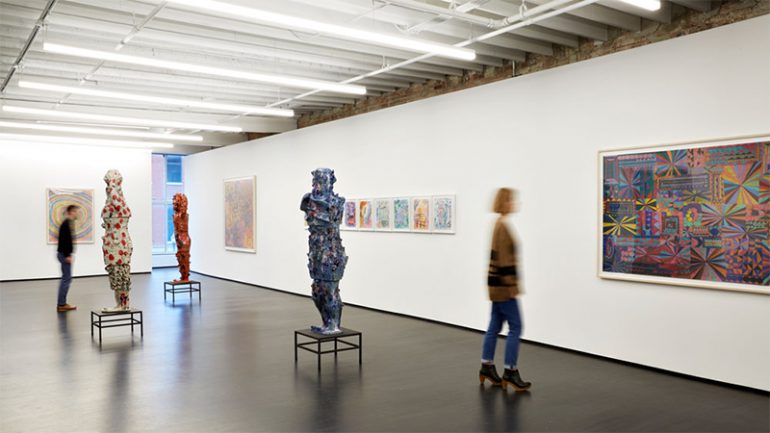 What can “brown” do for you? The KMAC Museum situated in Louisville, Kentucky, brings the works of Pablo Picasso from the Mediterranean Sea to the Ohio River, thanks to “brown.”

Though the global shipping and logistics company, UPS doesn’t use their marketing slogan, “What can “brown” do for you?” they are still highly-recognizable because their employees still wear their signature brown uniforms. As a matter of fact, they are in charge of the KMAC Museum’s exhibit called “Picasso: From Antibes to Louisville” that is showing until March 22. Check the art gallery which is sure to give you a longer life according to experts.

UPS didn’t only sponsor the show, it was also the one who facilitated the transportation of the important works of art that were now on display. The items were first transported using a truck from the Musée Picasso in Antibes, France going to Cologne, Germany. From there, the valuables were placed in a UPS Boeing 747 aircraft and was delivered via non-stop flight to Louisville, the founding home of UPS’s Worldport mega hub.

Worldport is considered as the core of UPS’s worldwide air network. Over 300 flights depart and land there every day and it has a hub where over 2 million packages each day are processed, including business documents, birthday gifts, and even grandma’s cookies. On the schedule of arrival of the flight from Cologne that carries the cargo from Antibes with contents for the Picasso exhibit, 52 ceramics and works on paper was made between 1931 and 1956, a record that was never exhibited in the United States in the past.

They Made It All Possible

According to the Executive Director of KMAC Museum, Aldy Milliken, being able to carry and transport over 50 contents from one institution and gain access to the wonderful logistics abilities of UPS was the key that made this project possible. Millikeen encountered Musée Picasso Antibes Director Jean-Louis Andral on one museum leadership event held in Los Angeles Last 2016. In 2018, they started planning a collaboration when Milliken went to Antibes.

Moreover, Milliken also said that Andral was already thinking of brand new destinations wherein Picasso’s work would be much appreciated. Specifically, destinations that don’t have any access to the artworks. So, when Milliken visited Louisville in 2019, they began discussing how UPS could facilitate the transportation of the contents.

This just shows how complicated and laborious it is to put up an exhibition. When museums host such, they need to think about a plethora of logistical and practical factors, not just the impact to the audience.

Milliken’s creative plan, backed up with the support from UPS was successful and it garnered a lot of positive response to the public. As a matter of fact, the show was “wonderful” according to many audience. The star appeal Picasso had encouraged visitors to visit the museum and once they were inside, they get to connect with him in a deeper level. Just like many popular artists, Picasso’s creation was different from the cultural norms in today’s generation, especially because they mostly relate to women.

1st and featured image from https://www.louisville.com/sites/default/files/article_image/KMAC-cover.jpg