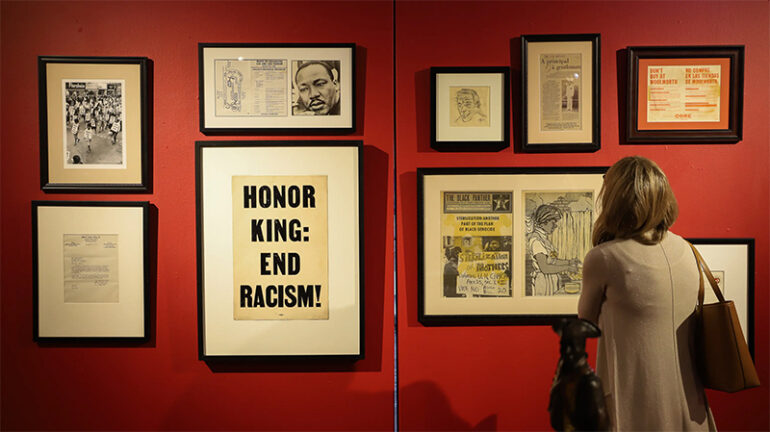 Ben Kinsey has set aside his life-long dream of becoming a lawyer as he opted to teach at his alma mater, an all-black school in Palm Beach, Florida; the Industrial High School. He worked hard as a teacher and even sued Palm Beach County School Board so the black students will be able to attend classes alongside whites. Ben Kinsey also fought for equal pay for Black teachers. He won a class-action suit, and it became a precedent 13 years after. This man was born to educate people, just like the influential women who fought hard for Afghanistan women’s rights. Now, he is here to share his $10 million dollar worth ‘The Kinsey Collection’ to show the word the magnificent Black history.

Ben, now 76 years old, owns the original copy of the 1954 Supreme Court landmark case, which ruled that ‘separate but equal’ education was unconstitutional, which became one of the forerunners of the civil rights movement. This is just a piece of the amazing The Kinsey Collection. The Kinsey Collection is a repository of an extraordinary collection of art masterpieces, documents, artefacts, and books that outlines Black America from the year 1595 up to present.

Ben Kinsley, a former Xerox executive, and known philanthropist, together with his wife, Shirley, they began collecting African American artefacts so their beloved son will have an in-depth knowledge of Black History. Their pure intention to show their son that he was more than the legacy of decades of shame, hurt, the angst of slavery, has evolved to become something significant and positive to date. The Kinsey Collection, which he estimates to be worth over $10 million, lacks a permanent home and has been viewed by some 15 million people from China to Washington. The collection extensively travels during exhibits since 2006.

Throughout his life, Kinsey has strived hard to elevate the black experience, and he actively advocated for his people. Several of the African American achievers we know have now been lost and were written out of history. This is very sad and appalling for the black community. The Kinseys have struggled and worked hard to create a platform for all unknown black artists who were lost in history, and always trying their best to put the spotlight on those who have long been overlooked and erased to whitewashed history. Bernard Kinsey has endeavored, fought, and made sure that the blacks get back their identity and pride through these critical documents, artworks, and artifacts of unsung black heroes from the past.

Through the long list of Bernard Kinsey’s work and collection, he hopes that all black people go in solidarity to proceed ‘fight a good fight of faith,’ and become writers of their very own stories. In all of these, he exemplifies the truth that after all things considered, Black lives, in fact, matter.

1st and featured image from https://visitdallas.imgix.net/blog/10_October_Blog/Kinsey/IMG_0095.jpg?w=1600&h=580&q=40&fit=fill&crop=edges,faces&fm=pjpg&dpr=3&auto=compress,format,redeye&trim=auto