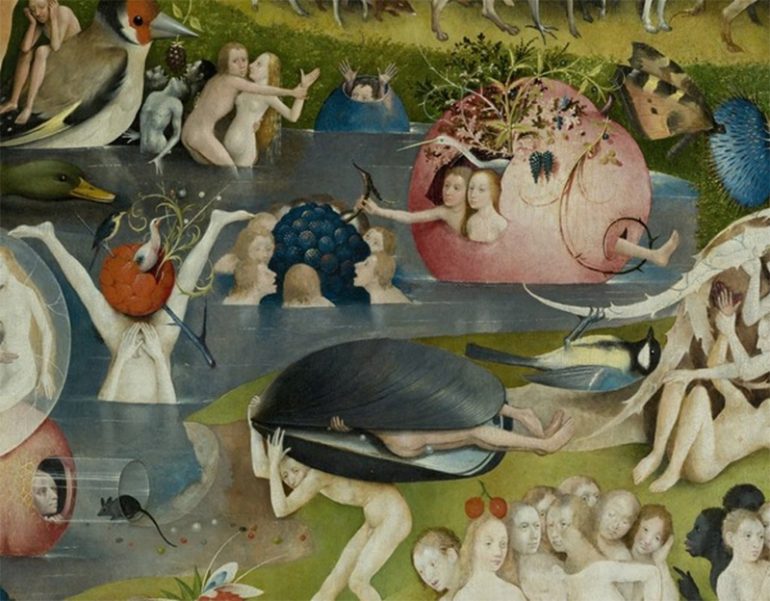 Painting is a form of expression that dates as far back as 50,000 years ago, when the first humans used charcoal and ochre to paint ancient cave walls to depict images of animals, people, and place their very own hand prints on walls. With the onset of modern technology and the introduction of digital art, photography, and videos, painting remained a perennial medium of expression.

So, what are the best and most memorable paintings of all time? Let’s take a quick look.

Leonardo Da Vinci painted Mona Lisa sometime in 1503-1517. The portrait became a widely debated topic of all time. Who is the lady and why is she smiling? The famous and enigmatic smile drew peoples’ interest for centuries.

The first ever full length double portrait painted in 1434 that is believed to be made in oils. It features interior with orthogonal perspective providing lots of space, making it feel like a painting you can actually step into.

The Garden of Earthly Delights

Believed to be painted in 1503 – 1515, the painting is a good example of surrealism that showcases concept of God, Evil, Heaven, and Hell. Its widespread appeal came from the fact there is a rich display of symbolisms that is susceptible to millions of interpretations.

This masterpiece by George Seurat shows a working class suburban life. It is a classical landscape with modern appeal.

TheLes Demoiselles d’Avignon by Pablo Picasso was created in the year 1907. What made the painting controversial is the fact that the women depicted here are actually prostitutes who were from the brothel somewhere in Barcelona, Spain.

The Girl with a Pearl Earring

This 1665 depicts a young woman which appears to be so real and very modern in a startling pose that looks as if it was a photograph. Many debated on whether or not Johannes Vermeer used a pre photography tool known as camera obscura way back to create the portrait.

The Starry Night by Vincent Van Gogh is said to be created by the artist in 1889 while admitted at an asylum in Saint-Rémy. This painting reflected his turbulent state of mind with the night sky consisting of orbs and swirls of messy brush strokes that highly represents his personal demons and artistic flair.

The model shown in this masterpiece appears very comfortable in her own skin as she stares at a viewer without batting an eyelash. This painting made it to the Spanish Inquisition and it is said to be the first depiction of pubic hair in public. The nude model’s identity remains a mystery up to this time.

The kiss is a painting by Gustav Klimt that portrays intimacy. It is a mixture of symbolism and art Nouveau. The brush strokes in this artwork is said to be inspired by his 1903 trip to Italy at the Basilica di San Vitale in Ravenna where he took awe of the church’s famous Byzantine mosaics and murals.

These timeless classics are memorable masterpieces that until now are highly valued for their great artisan and artistic value. The right amount of genius, talent, and circumstances led to the birth of these amazing works of art.

Featured and 1st image from https://previews.magnoliabox.com/bridgeman/mb_hero/xos3107141/MUS-FAPC1114_850.jpg