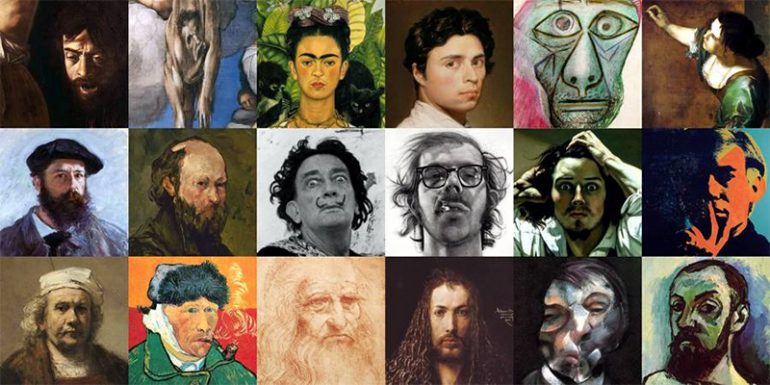 The art industry is made up of unique individuals but despite of this fact, the quirks of popular artists never fail to make us laugh or cringe. Even the most well-known artists in the world had some pretty mischievous hobbies and habits such as creating time capsules, secretly carrying guns, or stealing pens. Some of them just need to take some bath!

Check out some of the weirdest facts and hilarious quirks of renowned artists below:

Michelangelo is the brilliant painter behind the Sistine Chapel. He was one of the most popular artists of his time. The painter was also known for being wealthy. But despite of this, who though that he lack proper hygiene? He never took a bath and he occasionally changed his clothes. As a matter of fact, his clothes needed to be peeled off of him in his deathbed, yikes! Though this happened more than 500 years ago, it is still disgusting up until today.

Da Vinci is popularly recognized for his incredible art and mechanical creations. He is also a devoted vegetarian who had a hobby of buying caged birds so he could let them go. No wonder he is considered as Italy’s sweetheart and PETA is his biggest fan.

When other artists are asked about the message of their work, some willingly explained it with eyes full of passion but Picasso is not your ordinary painter. Instead, of explaining his work, he would get his revolver and point it at them. If you are wondering if he killed them, no he didn’t because his gun was empty, though his action still gives weird impression.

Monet is widely-known for painting the gorgeous water lilies and serene natural scenes. Who would’ve thought that this man who was capable of creating beautiful artworks started out by drawing offensive doodles? Turns out he was a rebellious student back then and he always made fun of his teachers and friends by doing caricatures of them.

Frida Kahlo was a bizarre and remarkable artist who managed to express her physical pain through the art she made. One of the most prominent definitions about this eccentric artist started from the day she was born. Kahlo revealed that she was born in 1910, which is the year of the great Mexican Revolution. This added to her appeal as an artist however, it was discovered that she was actually born in 1907.

Pollock popularized the abstract art but this painter also went through some tough times during his teenage days. He always wore unique clothes and he had a long hair, which is why he didn’t fit in at his school in Los Angeles. He was expelled because he always gets in trouble and so he wrote his sentiment to his brother by saying “this so called happy part of one’s life youth to me is a bit of damnable hell.”

Warhol was the famous painter of the Campbell’s soup and he always had a thing for peculiar objects. Every end of the month, he would assemble dated time capsules and he would insert weird stuff such as Clark Gable’s boots or mummified foot inside it.

These artists are known worldwide because of their amazing masterpieces, but despite their fame, they also have the strangest traits and weirdest of habits.

Featured and 1st image from https://www.artyfactory.com/sitebody/sitebody_img/index/great-artists.jpg