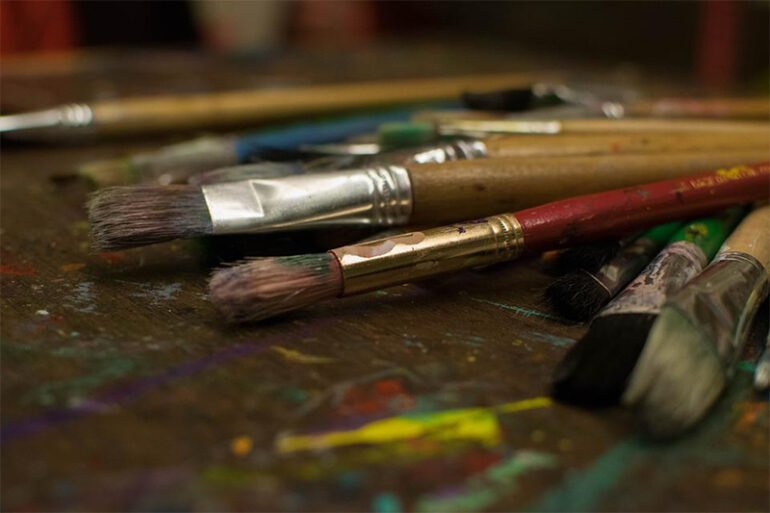 Filipino visual artists are renowned for their world-class skills. Our visual artists have made waves internationally and locally through the years thanks to their mastery of the various components of painting, sculpture, and other similar artworks. Every generation has produced masters who have captured the Filipino spirit’s essence in their masterpieces.

Here are some of the most influential Filipino visual artists.

Dubbed the “Grand Old Man of Philippine Art,” Fernando Amorsolo is the first recipient of the distinction as National Artist by then-President Ferdinand Marcos, Sr. He is known for developing his backlighting technique, which enhanced the characters in his artwork. In addition, his technique emphasized the subject, and his mastery of color and perspective often gave his works an ephemeral quality that has withstood the time. Some of his work is currently housed in the Vargas Museum at the University of the Philippines Diliman campus.

Born to Chinese immigrant parents, Ang Kiukok is widely renowned as the Father of Modern Filipino Figurative Expressionism. He is known for his cubist and surrealistic approach to the crucifixion of Christ and woman and child, as they’re two of his favorite topics. He received the honor of National Artist in 2001 and continued to be prolific until he died in 2005. If you wish to see his work, some of his masterpieces are displayed in the Cultural Center of the Philippines, the National Museum of Singapore, and the National Historical Museum of Taipei.

A Filipino painter, sculptor, and political activist, Juan Luna is renowned for his Spoliarium, which won him a gold medal in the 1884 Madrid Exposition of Fine Arts. His work is rife with artistic poses, and there always seems to be a political underscore to his work, perhaps because of his reputation as an activist. He effectively used chiaroscuro in his career to depict depth and perspective. The Spoliarium is currently housed in the National Museum.

A friend of Ben Cabrera and acclaimed as the Father of Philippine Independent Films, Baguio native Eric de Guia is popularly known as Kidlat Tahimik. He currently has an artist café and vegetarian restaurant in Session Road where he displays his paintings and native sculptures.

Widely known as BenCab, he is one of the country’s most prolific painters. He learned under the auspices of Jose Joya at the University of the Philippines. He currently resides in Baguio and regularly collaborates with contemporary artists in displaying their work at his BenCab Museum located at Asin Road.

He is the Father of Modern Filipino Sculpture, he studied under Guillermo Tolentino, and he is also the youngest ever recipient of the distinction of National Artist at age 46. His work is highlighted in the relief marble sculptures of the war memorial cross in Mt. Samal, Bataan. A quick trip around UP Diliman will also showcase his work in the University Gateway and Nine Muses in the old Faculty Center.

Filipino visual artists have made a name for themselves internationally and locally. In addition, several prominent artists have influenced other people to take up a career in the field and have continued to breathe life into the community.

1st and featured image from https://pixabay.com/photos/paintbrush-art-paint-colorful-2243561/